FORT SMITH, Ark. (KFSM) — The Saint Boniface Catholic School in Fort Smith will not be open this upcoming school year and a town hall meeting was held Wednesday... 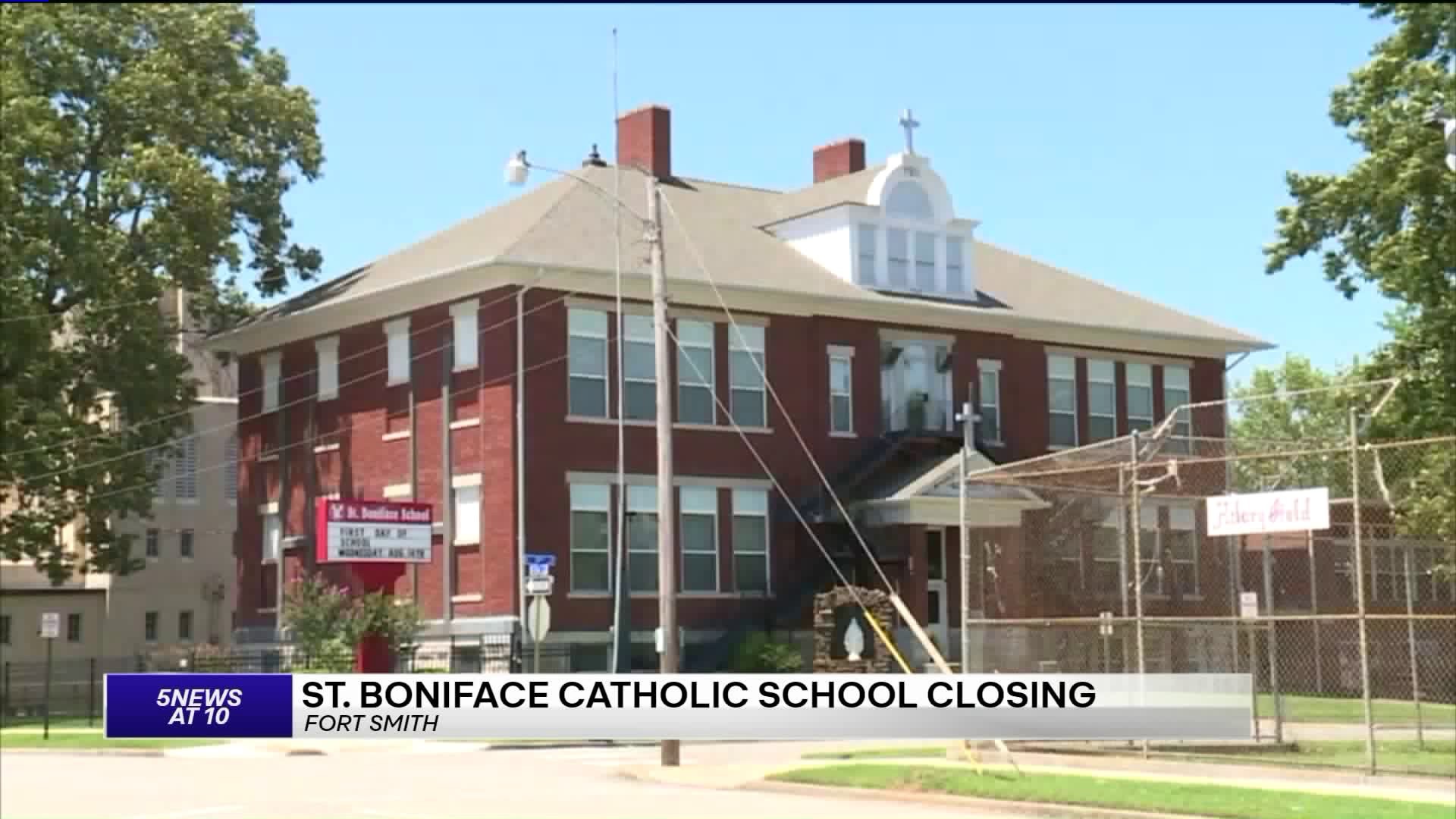 FORT SMITH, Ark. (KFSM) — The Saint Boniface Catholic School in Fort Smith will not be open this upcoming school year and a town hall meeting was held Wednesday (July 17) at the school to discuss its future.

In a letter to parents, Father Mario Jacobo said the decision to not reopen stems from financial struggles. The letter states that for the past couple of years, "the school and parish have struggled to fund operating expenses and the school was operating with a deficit."

School officials said that if it were to remain open this year, the parish would be at risk.

In the letter, Father Jacobo wrote, "I am eternally grateful to those families who decided to enroll their children for the coming school year. Thank you for not abandoning the ship as it was tossed back and forth."

He continues by saying it breaks his heart that students have to find another school to attend and that teachers have to find a new place of employment.

Father Jacobo says that even with substantial support from the endowment and private benefactors, "it is not sufficient to ensure the long term viability of the school."

One parent, Morgan Baker, says she learned through a friend that the school her daughter went to nearly her entire life is closing.

"We felt betrayed, she went there since pre-k and she was going to finish out her 6th-grade year out there," Morgan said.

Morgan's son, who is 2-years-old, is in pre-k at St. Boniface. She said she's now trying to enroll both her children in new schools with less than a month to do so.

"I didn't sleep very well last night because this is my kids' education," Morgan said. "What do I have to do to enroll them in public school, it's a bit different."

Baker's daughter Maddie says she's dealing with the emotions of losing the only school she's ever known.

"I’ve been there since pre-k, everyone that I’ve known since then like I fear that I’m not going to get to see them anymore," Maddie said.

Church members say teachers just signed new contracts two weeks ago and they didn't hear the news about the closing until last night.

Morgan says that while she's scrambling to enroll her daughter into a public school, she's also thinking about those teachers who lost their jobs.

Church members and school officials say they are now grieving the loss of something that's been a part of the parish and town of Fort Smith for over a century.

The church says they are working to help get teacher's placed at the other two Catholic schools in the area and those who don't find a position will receive a severance package.

Church officials say the other Catholic schools have space for all of the students but each has their own requirements and fees.

St. Boniface Elementary School and Pre-k were established in Fort Smith in 1887.