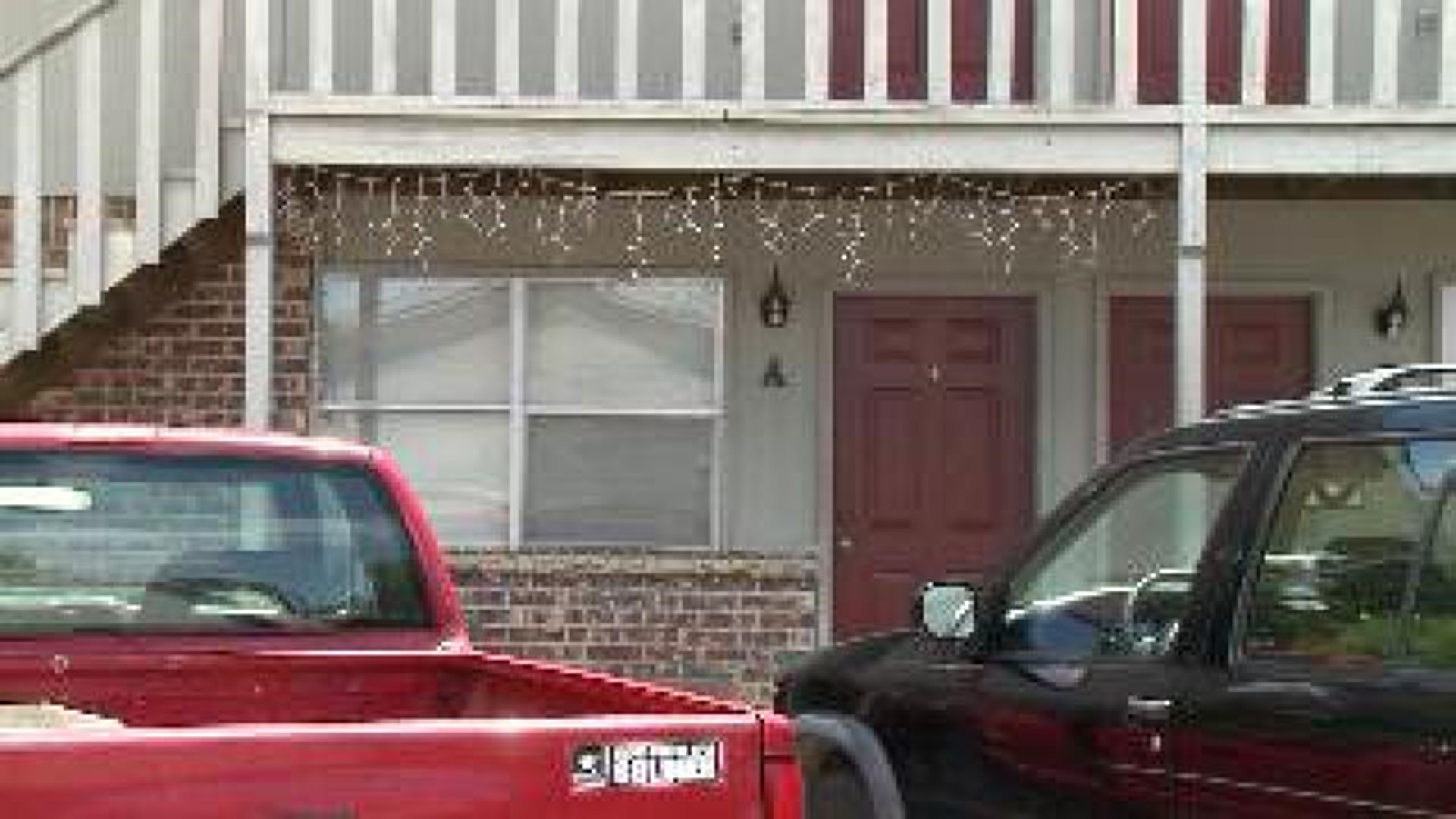 Police are interviewing the possible victim.

""Currently interviewing who we believe is the intended victim, trying to speak with him to get some information as to who might have done this and why he was targeted," Sgt. Craig Stout said.

Police said there are no reported injuries. Officers were at the scene blocking the apartment complex for several hours.

"We had multiple 911 calls from the complex, and it's unclear exactly which apartment,"  Stout said. "Investigators are sorting out who the suspect is, and piecing together what transpired."

Neighbors said four men drove by and shot at them before leaving the complex.

"The parking lot was full of little kids, over there where the door got shot at," said Troy Wright, who's live at the complex for four years.

Gene Uhl was watching television when he heard gun shots. He looked out the window and saw a tan SUV.

"He was squalling his tires, pulling out of here and almost ran over the kids in the parking lot," Gene Uhl said.

Hunter Archer, 13, said he was too close to one of the bullets.

"It shot over here twice and then they started pulling out and I had to run away cause it was about to hit me," Archer said.

Neighbors said they fear for their family's safety are are upset the apartment building was targeted.

"I've lived here for a while and I'd hate to move but if this keeps up, I'm definitely moving," Jessica Wright said.