Deadspin.com – Notre Dame’s Manti Te’o, the stories said, played this season under a terrible burden. A Mormon linebacker who led his Catholic... 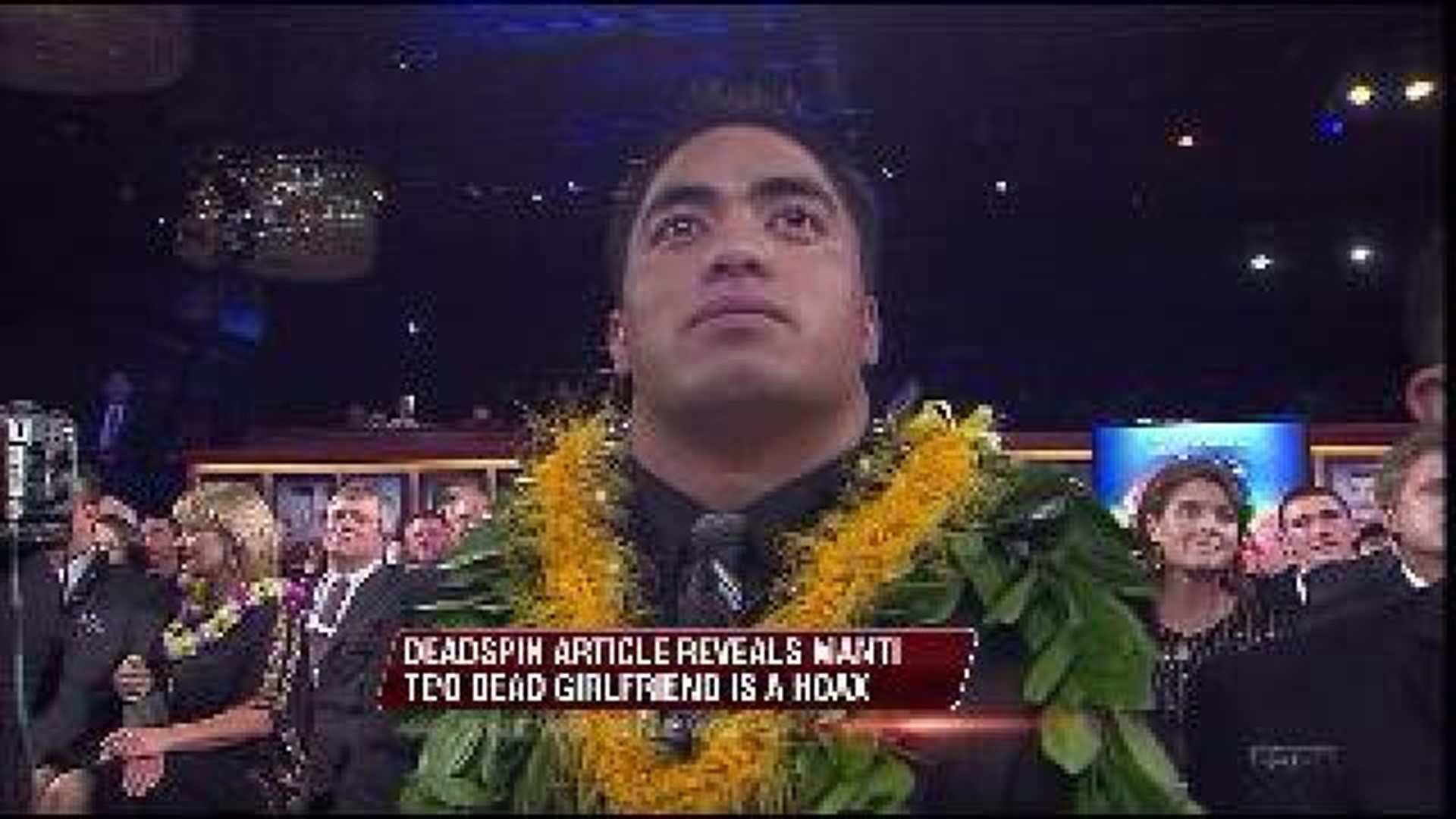 Deadspin.com - Notre Dame's Manti Te'o, the stories said, played this season under a terrible burden. A Mormon linebacker who led his Catholic school's football program back to glory, Te'o was whipsawed between personal tragedies along the way. In the span of six hours in September, as Sports Illustrated told it, Te'o learned first of the death of his grandmother, Annette Santiago, and then of the death of his girlfriend, Lennay Kekua.

Kekua, 22 years old, had been in a serious car accident in California, and then had been diagnosed with leukemia. SI's Pete Thamel described how Te'o would phone her in her hospital room and stay on the line with her as he slept through the night. "Her relatives told him that at her lowest points, as she fought to emerge from a coma, her breathing rate would increase at the sound of his voice," Thamel wrote.

Upon receiving the news of the two deaths, Te'o went out and led the Fighting Irish to a 20-3 upset of Michigan State, racking up 12 tackles. It was heartbreaking and inspirational. Te'o would appear on ESPN's College GameDay to talk about the letters Kekua had written him during her illness. He would send a heartfelt letter to the parents of a sick child, discussing his experience with disease and grief. The South Bend Tribune wrote an article describing the young couple's fairytale meeting—she, a Stanford student; he, a Notre Dame star—after a football game outside Palo Alto.

Did you enjoy the uplifiting story, the tale of a man who responded to adversity by becoming one of the top players of the game? If so, stop reading.

Manti Te'o did lose his grandmother this past fall. Annette Santiago died on Sept. 11, 2012, at the age of 72, according to Social Security Administration records in Nexis. But there is no SSA record there of the death of Lennay Marie Kekua, that day or any other. Her passing, recounted so many times in the national media, produces no obituary or funeral announcement in Nexis, and no mention in the Stanford student newspaper.

The photographs identified as Kekua—in online tributes and on TV news reports—are pictures from the social-media accounts of a 22-year-old California woman who is not named Lennay Kekua. She is not a Stanford graduate; she has not been in a severe car accident; and she does not have leukemia. And she has never met Manti Te'o.

Read the whole story at Deadspin