POCOLA — A Pocola man is offering a $1,000 reward for information leading to an arrest after four goats were shot on his property over the weekend. Greg C... 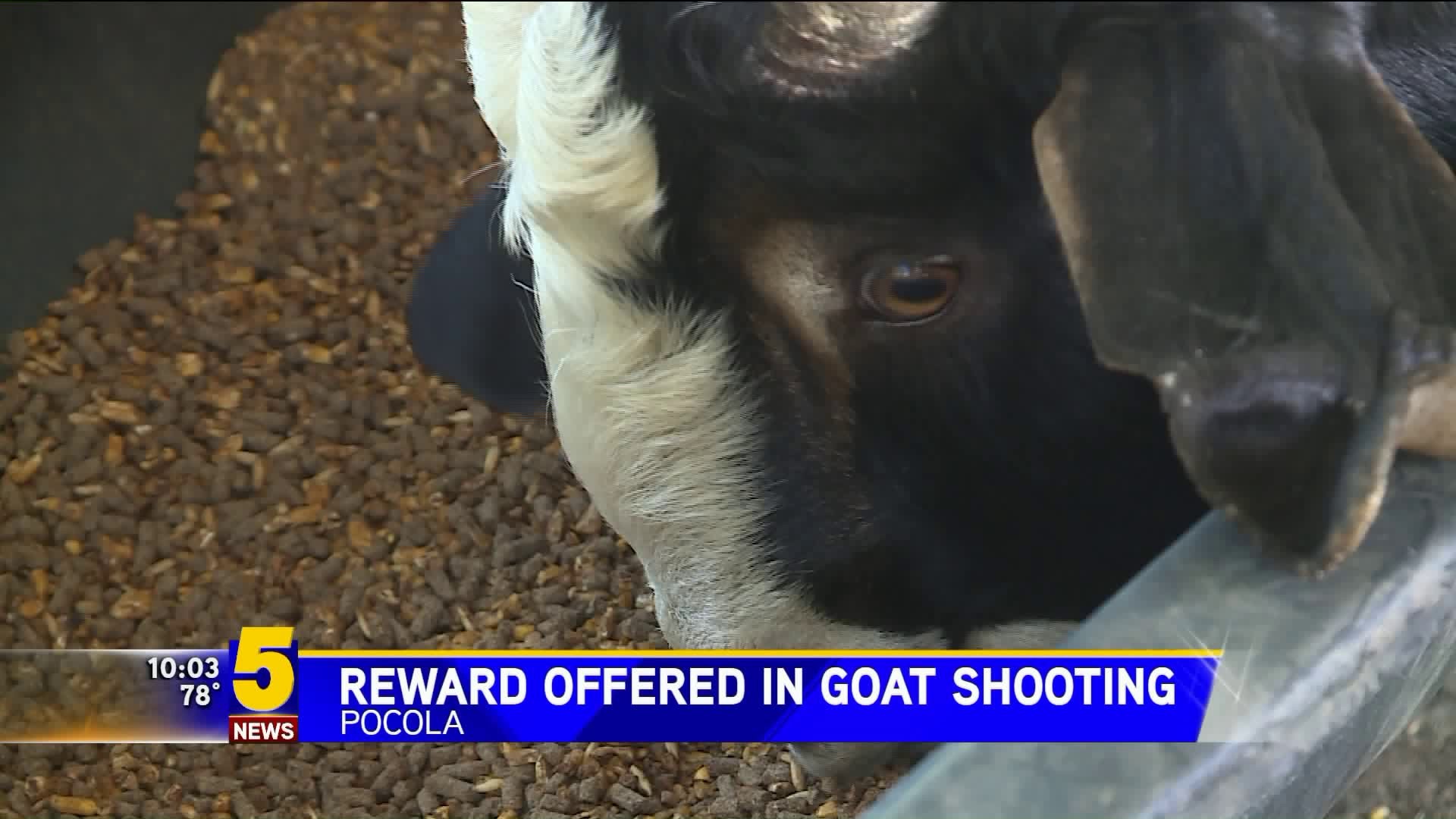 POCOLA -- A Pocola man is offering a $1,000 reward for information leading to an arrest after four goats were shot on his property over the weekend.

Greg Conrad made the discovery Saturday (Oct. 6) after noticing his goats were nowhere to be found.

"They come up and we feed them and play with them, but Saturday they didn't come up."

The animals often roam free on several acres of land Conrad owns on the west side of Pocola. He says it's not uncommon for his goats to walk up to strangers.

Conrad assumed the goats had gotten out of the fences and went to investigate, that's when he stumbled upon one of his male goats.

Another one of the family's goats was shot in the scrotum.

Two female goats, that were pregnant, were later found and have since died.

Conrad told 5NEWS he has had the goats for seven years, and that it's like losing family.

"They're pets. They're not livestock. They come up and we feed them a hand, they're part of the family."

No shell casings or lodged bullets have been recoverd, but Conrad says he is confident it was not accidental.

Conrad says he has filed a police report, and has taken steps to ensure his goats are safer since the shooting.