FAYETTEVILLE, Ark. (KFSM) — Planned Parenthood will move its Fayetteville Health Center to a new building later this summer after losing the lease for its curre... 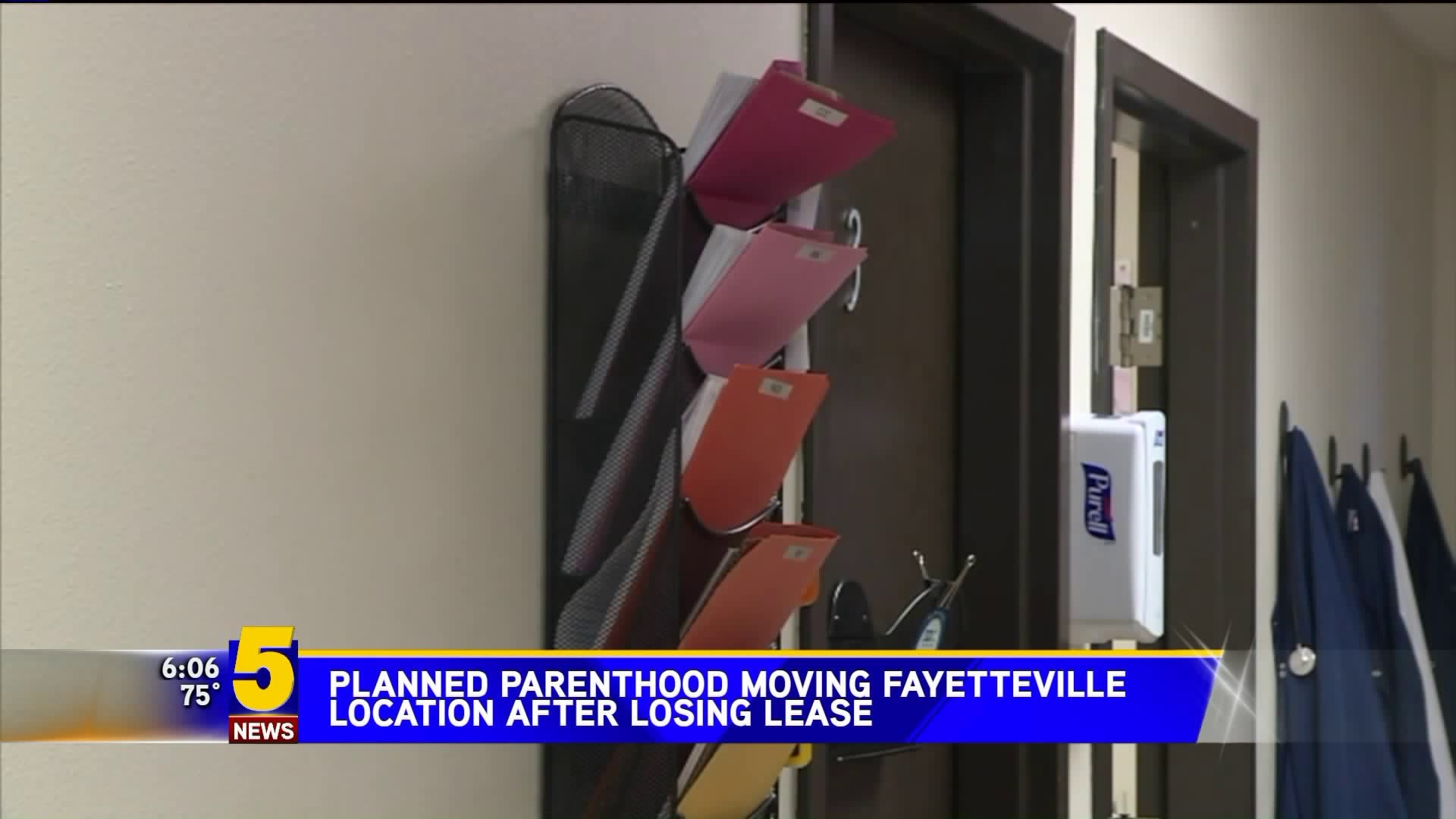 FAYETTEVILLE, Ark. (KFSM) — Planned Parenthood will move its Fayetteville Health Center to a new building later this summer after losing the lease for its current location on Crossover Road.

An official with Paradise Point LLC, which owns the complex at 3279 N. Crossover Road, confirmed the lease was terminated but declined to provide further details.

Emily Miller, a spokeswoman for Planned Parenthood Great Plains, said Friday (June 14) its Fayetteville location will remain open as it searches for a new home.

Miller didn't provide an address for the new location or a timeline for the transition.

The Family Council, a conservative lobbying group based in Little Rock, tweeted Thursday (June 13) that the clinic losing its lease was "good news."

The council posted on its website that the decision not to renew the lease "came on the heels of the spring 40 Days for Life campaign in Fayetteville, during which pro-life Arkansans prayed daily outside the Northwest Arkansas abortion clinic.

The Family Council didn't immediately return a request for comment on Friday.

The Fayetteville location is one of two health centers Planned Parenthood operates in Arkansas. The other is in Little Rock.