PARIS (KFSM) — Paris police are investigating after the pastor of First Free Will Baptist Church was robbed at gunpoint Thursday (Jan. 12) night. “I... 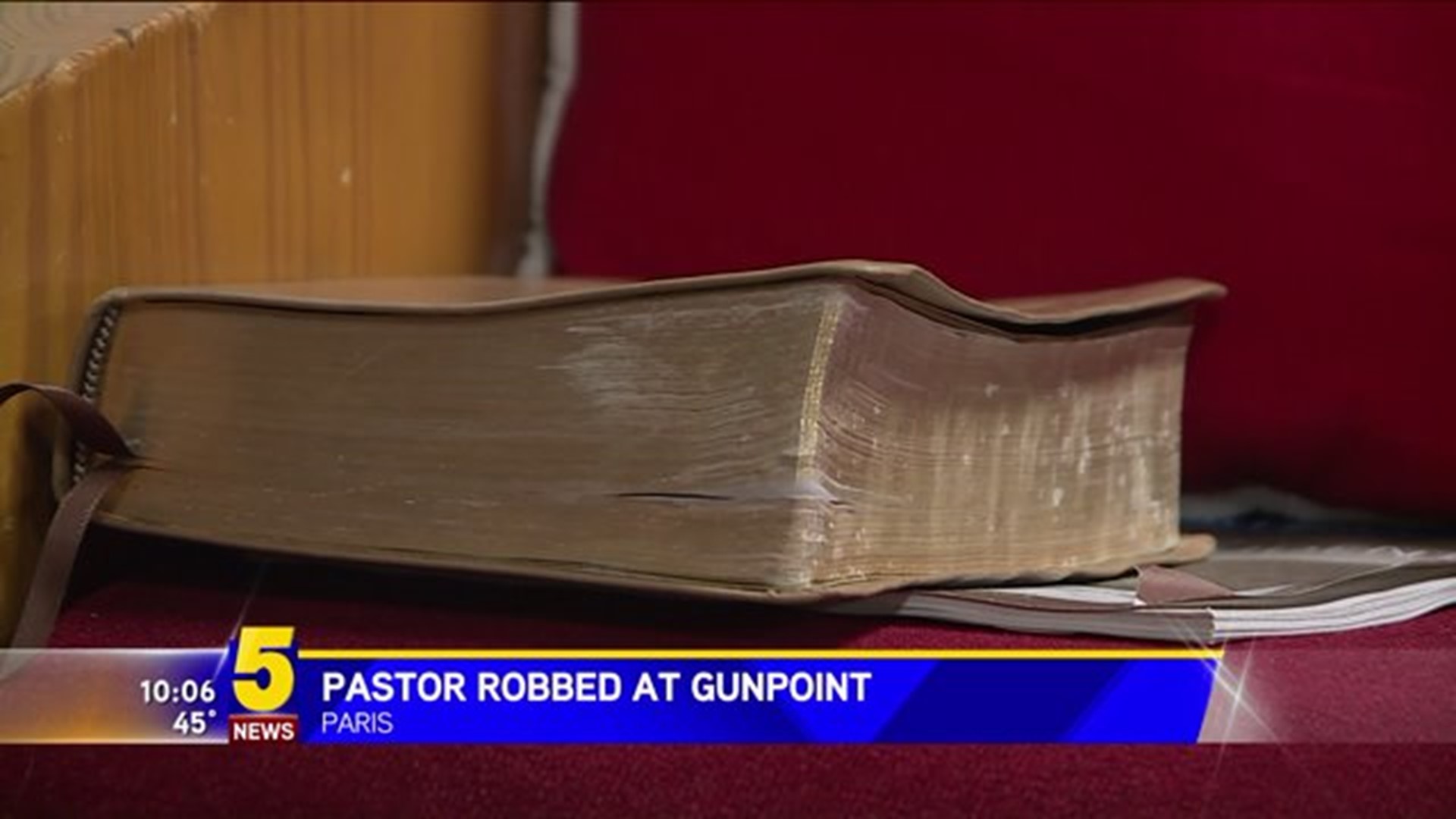 PARIS (KFSM) -- Paris police are investigating after the pastor of First Free Will Baptist Church was robbed at gunpoint Thursday (Jan. 12) night.

"I was literally walking to go to the bathroom, and I heard someone bang on the door," Pastor Tyler Watson said. "When they started banging, they said, 'Help pastor, can you let me in?' When they did that, I just kind of jogged down here to the door and when I got down here to the door to open it, it was basically all over with."

The suspected robber forced Watson to the ground while two other men came in the room.

"All I could think about was my son and wife," Watson said.

The men got away with money, Watson's great-grandmother's wedding ring and a watch.

"They didn't take things that could be tracked to them and that's kind of what threw me off at first," Watson said. "Those are valuables, but they did take some things that meant a lot to me."

As police investigate, Watson said he is trying to move on.

"I forgive those men that came in here last night," Watson said. "There's things that they took that meant the world to me that I might not ever get back."

He said his faith will keep him going.

"When we go through things that aren't always great, we have to just keep our mind to the horizon and keep the focus of what we need to be doing," Watson said.

Police said one of the suspects is a white male, between 6'3" and 6'5" with a muscular build. The man also had a cross tattoo on the right side of his neck.