LOCUST GROVE, Okla. (KFSM) — Police in Oklahoma are investigating a bullying video that has gone viral. The video was taken by another student and shows a boy c... 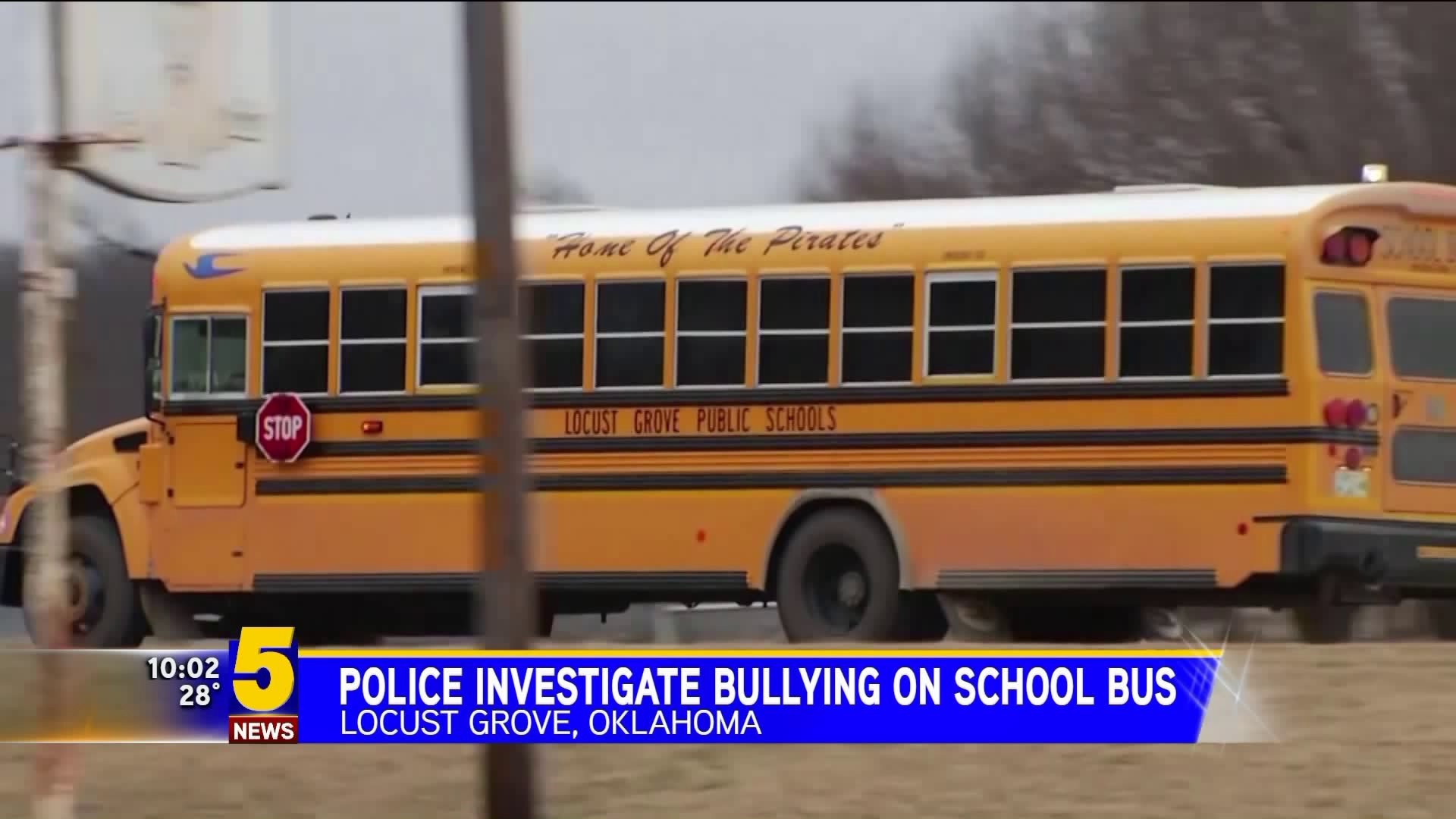 LOCUST GROVE, Okla. (KFSM) — Police in Oklahoma are investigating a bullying video that has gone viral.

In the video, the boy is completely terrified. You can also hear the driver yell at the young boy to get off of the bus.

After being forced off of the bus, the boy is immediately chased and attacked by an older student.

The cell phone video is 47 seconds long and shows the intense situation between the two students. Just before punches are thrown, the student is seen making it clear that he doesn't want to get off the bus.

You can also hear another person threaten to force the student off of the bus.

"The video is alarming itself and obviously, it's enough to start an investigation," said Major Rod Howell of the Mayes County Sheriff's Office.

Major Howell says investigators are now looking into another cell phone video, plus two cameras on the bus for more evidence.

Howell says the school district is cooperating and the investigators are also working to get the black box off of the bus.

The school released this statement:

Locust Grove Public Schools had an incident take place January 17th on one of our school buses involving two students. The incident was turned over to law enforcement and the Mayes County Sheriff's Office is conducting a complete investigation. The students' and bus driver's actions have been addressed internally.

The school district would not comment any further on whether the bus driver is still employed.

Locust Grove is located in between Siloam Springs and Tulsa.