Man With Multiple Warrants Arrested After Barricading Himself Inside Highfill Home 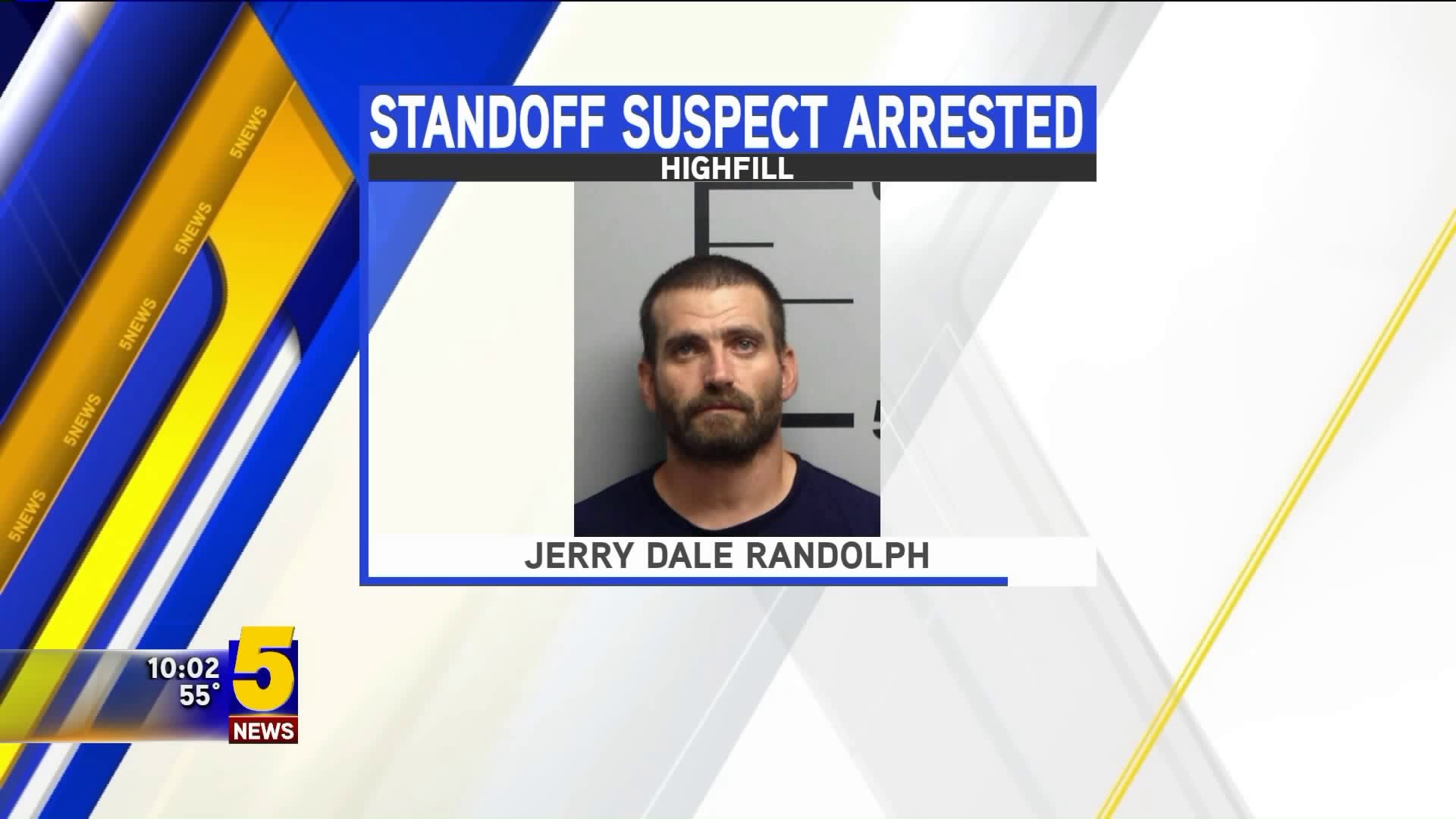 HIGHFILL, Ark. (KFSM) — A Pea Ridge man wanted for multiple warrants has been arrested in Highfill.

Highfill police said Jerry Dale Randolph, 37, was wanted by multiple agencies for several warrants, including an incident involving a stolen vehicle, and another incident in Highfill last Friday (March 29).

Randolph was located at a residence on Aubrey Long Rd. in Highfill Tuesday (April 2) afternoon where he temporarily barricaded himself inside the home. Police said he was barricaded for about 30 minutes before surrendering himself.

A loaded semiautomatic handgun and drug paraphernalia were also located inside the vehicle Randolph was driving, according to police.

Randolph was wanted on the following charges:

The Benton County Sheriff's Office assisted the Highfill Police Department during the apprehension, according to Highfill PD.