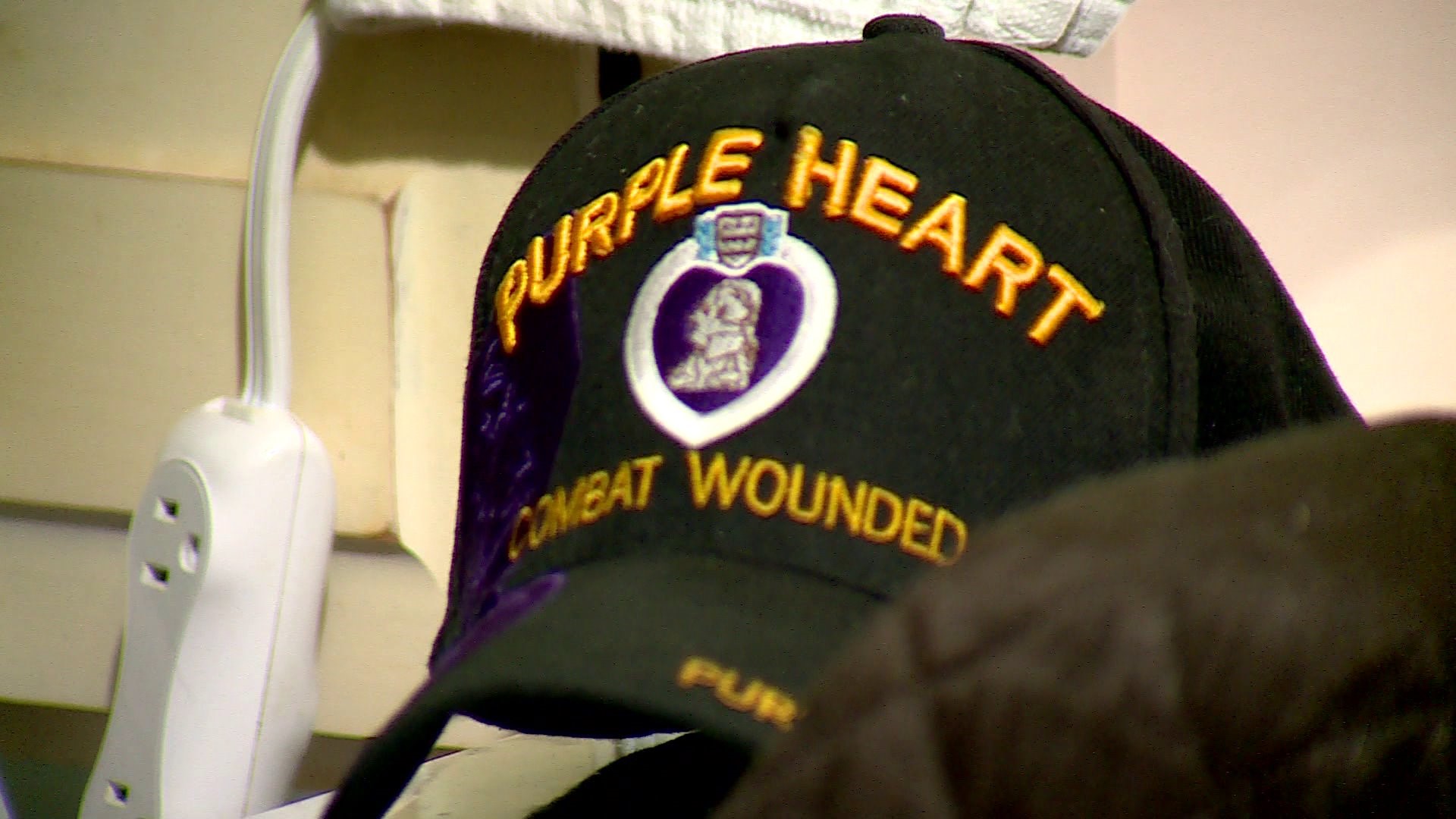 "Somebody had done that when I was little so it was my time to pay it back," Ferguson said. "Just a small price to pay for our freedom."

"Right after 9/11 hit, within one month I was gone, so you can see how quick as the National Guard we left," Ferguson said. "After that I came back and within another eight to 10 months I was deployed again."

During his second deployment, Ferguson was severely wounded by a mortar round in Iraq.

"I have lost part of my leg, back here I have metal between the bone and sodic nerve, messed up knees, ankles and everything when I got hit," Ferguson said.

Upon arriving home, Ferguson received the Purple Heart honor for his bravery and service. Since his return he has dedicated his time to helping other veterans in the community.

For his dedication, Ferguson was selected to represent Arkansas to be a part of the Purple Heart Patriot Project. He recently returned home from an all-expense-paid trip to New York with the chance to tour the Purple Heart Museum, West Point and participate in a welcome home ceremony.

"That interaction and storytelling that took place with sharing about their experiences of being wounded in combat with others who have been through the same type of experience from different generations and different wars was a very special experience," Maher said.

Ferguson celebrated National Purple Heart Day alongside others who all dedicated their lives to protecting freedom.

To find out more information about the Purple Heart Patriot Project you can visit its website.