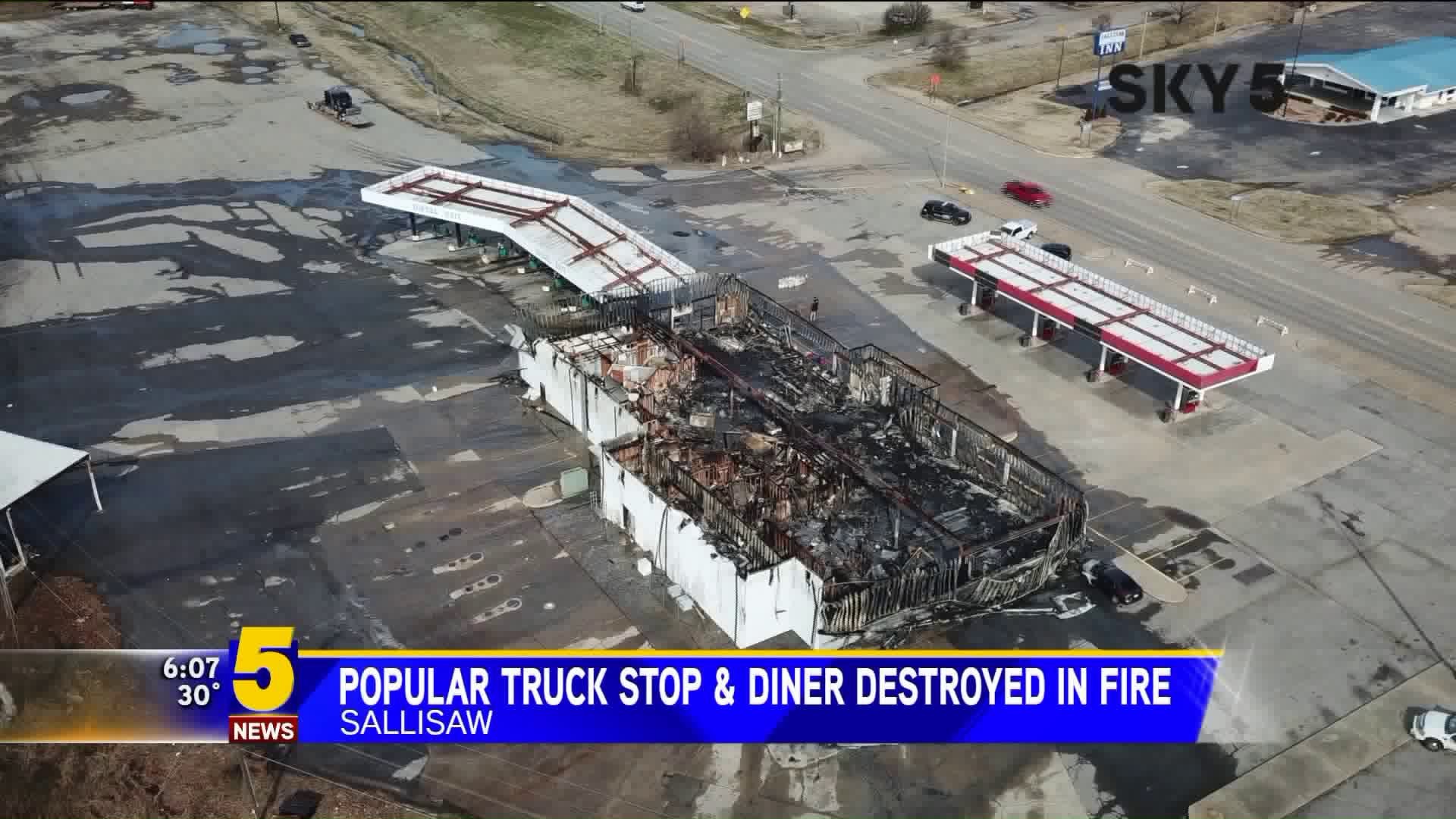 "The fire was coming out the back roof in the middle," he said. "By the time we got trucks set up, it spread all the way through the building, and we're just extinguishing what we've got left."

The truck stop and diner was located at 2412 E. Cherokee Ave. (U.S. 64) in Sallisaw just off Interstate 40. Cherokee Avenue was shut down in front of the truck stop while crews battled the blaze and was reopened later Friday morning.

It's not the first time this iconic Sallisaw truck stop has been destroyed by flames.

"Actually, it burned probably 18 to 20 years ago, it burned completely down and was rebuilt at that time, so it's a second go-round," Armstrong said.

The Sallisaw Fire Department responded to the scene, as well as police and sheriff's deputies from several local agencies.

No injuries were reported, and the cause of the fire was under investigation. The fire was contained before it reached the gas pumps, so there was no explosion.

The truck stop is known for its 1950s-style diner, which featured classic memorabilia and a 1946 Lincoln Continental convertible coupe.

"A lot of the locals, a lot of the older people come down here and drink coffee and solve problems, you know," Armstrong said. "It's kind of a meeting spot. I'm sure it's  going to be missed by many residents here in town."