FORT SMITH, Ark. (KFSM) — In less than two months, Fort Smith’s HOPE Humane Society will be handing over the keys and closing its doors for good. There ar... 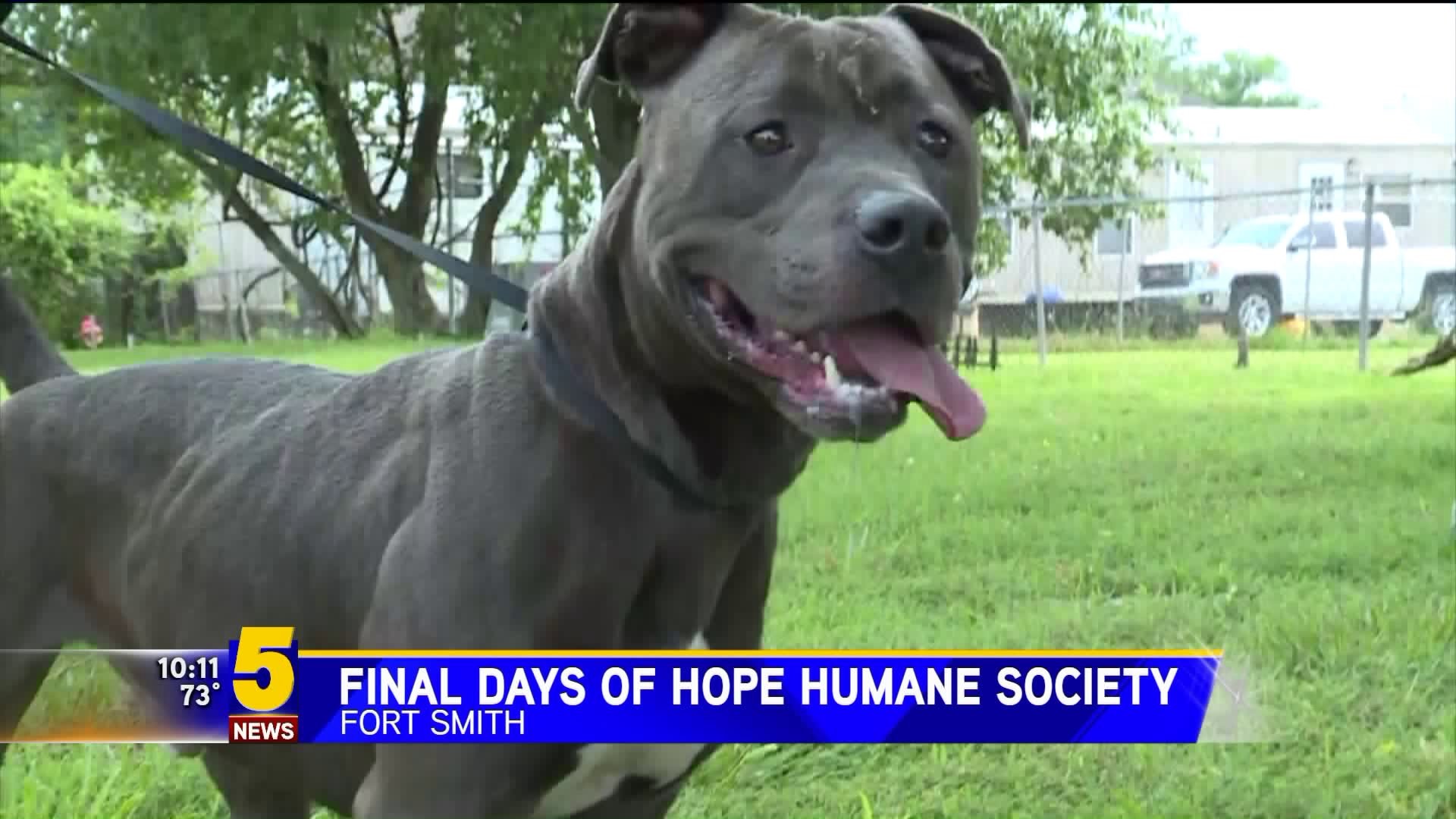 FORT SMITH, Ark. (KFSM) — In less than two months, Fort Smith's HOPE Humane Society will be handing over the keys and closing its doors for good.

There are still some dogs at the shelter who are having a hard time getting transported out or adopted and most are pitbull-type dogs or pit mixes.

On July 17, HOPE Humane Society, Fort Smith's animal shelter since 1937, will be no more.

That's almost as long as the pet cemetery behind the building has been around. One of the oldest headstones from the 1950s.

Meanwhile, the staff has been working tirelessly to get the animals inside to safety before its forced to close its doors.

There are about 40 to 45 pitbull-type dogs or pit mixes left and the shelter is having a hard time finding a rescue or shelter to take them in.

"The places we transport to also have a problem themselves with pit bulls," said Adoption Counselor Shelby Bassham. "It's just a big problem around the world and a lot of places like I said, apartment complexes and things like that won't allow them."

The best option is to adopt them out locally because if these pups don't find families soon, the staff doesn't know what will happen to them.

"That's why we're pushing and pushing really hard to get these dogs out of here. We're just doing everything we can," Bassham said.

Looking to add a playful loving new family member? 4-year-old Goblin may be just what you've been missing.

"He's the most lovable dog ever," Bassham said. "He's a totally different dog out of his kennel then he is in his kennel. He just wants love all the time."

3-year-old Jaxon knows basic commands and loves to play fetch. He's dog selective so a meet and greet is required or he would need to be the only dog in the home.

"He's overall a great loving dog,  all he wants is love and to be loved on and he`ll give you back that in return," Bassham said.