TONTITOWN, Ark. (KFSM) — Tonight was the big night for the Tontitown Grape Festival as crowds gathered for the famous spaghetti dinner. As thousands of plates w... 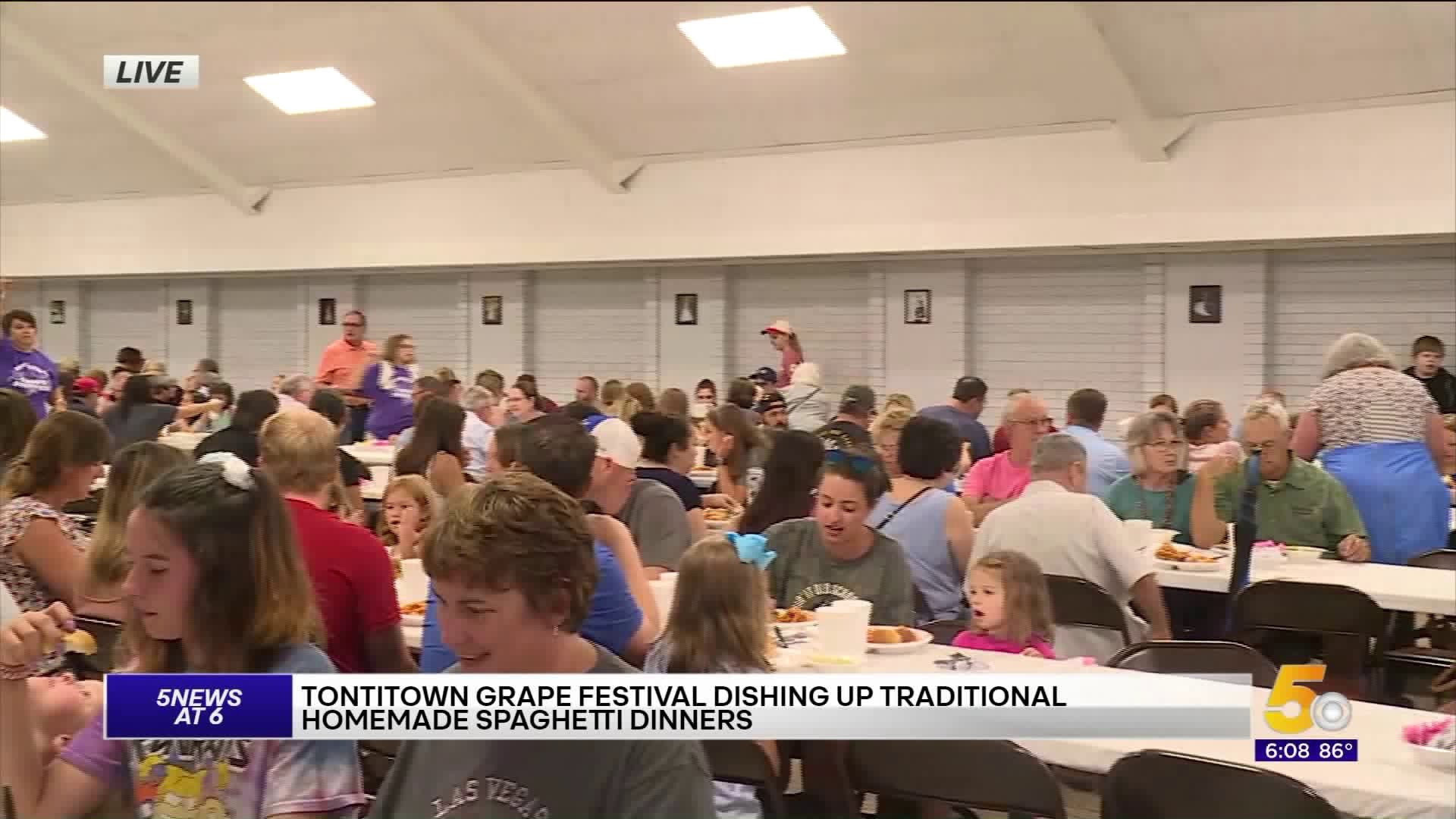 TONTITOWN, Ark. (KFSM) — Tonight was the big night for the Tontitown Grape Festival as crowds gathered for the famous spaghetti dinner.

As thousands of plates were served, community members told 5NEWS just what the dinner means to them.

Todd Celoa is the chairman of the Grape Festival but says he had to work his way up and started as a volunteer.

"I started at 5 years old picking up trash," Celoa said.

Todd's mother Margie says it's always been a family affair and she became a volunteer over 60 years ago after marrying into an Italian family.

"We didn’t have the electrical machines so the only thing they’d let me do is turn my hand and make the noodles," Margie said.

For the last 60 years she's stirred up tea, served plates of spaghetti, and now she makes the rolls. She says after many decades she still loves being a part of the dinner.

"As you get older you think you’d be allowed to quit, you’re not, it’s something you like to do its fun and you have a good time back there," Margie said.

The spaghetti dinner stated at the Grape Festival when families gathered together for dinner to give thanks and it has continued to grow ever since.

Festival goer David Haynes says this is his third year to attend and says he keeps coming back for one reason.

Many people gather together months in advance to prepare the food and they say they hope the community enjoys it.

If you couldn't make it out tonight don't worry, the spaghetti dinners will be served Friday (Aug. 9) and Saturday (Aug. 10) as well. It's $12 for adults and $6 for kids.