FORT SMITH, Ark. (KFSM) — A Fort Smith native has announced she’s running for president. 5NEWS met up with her to see how she’s kicking off her camp... 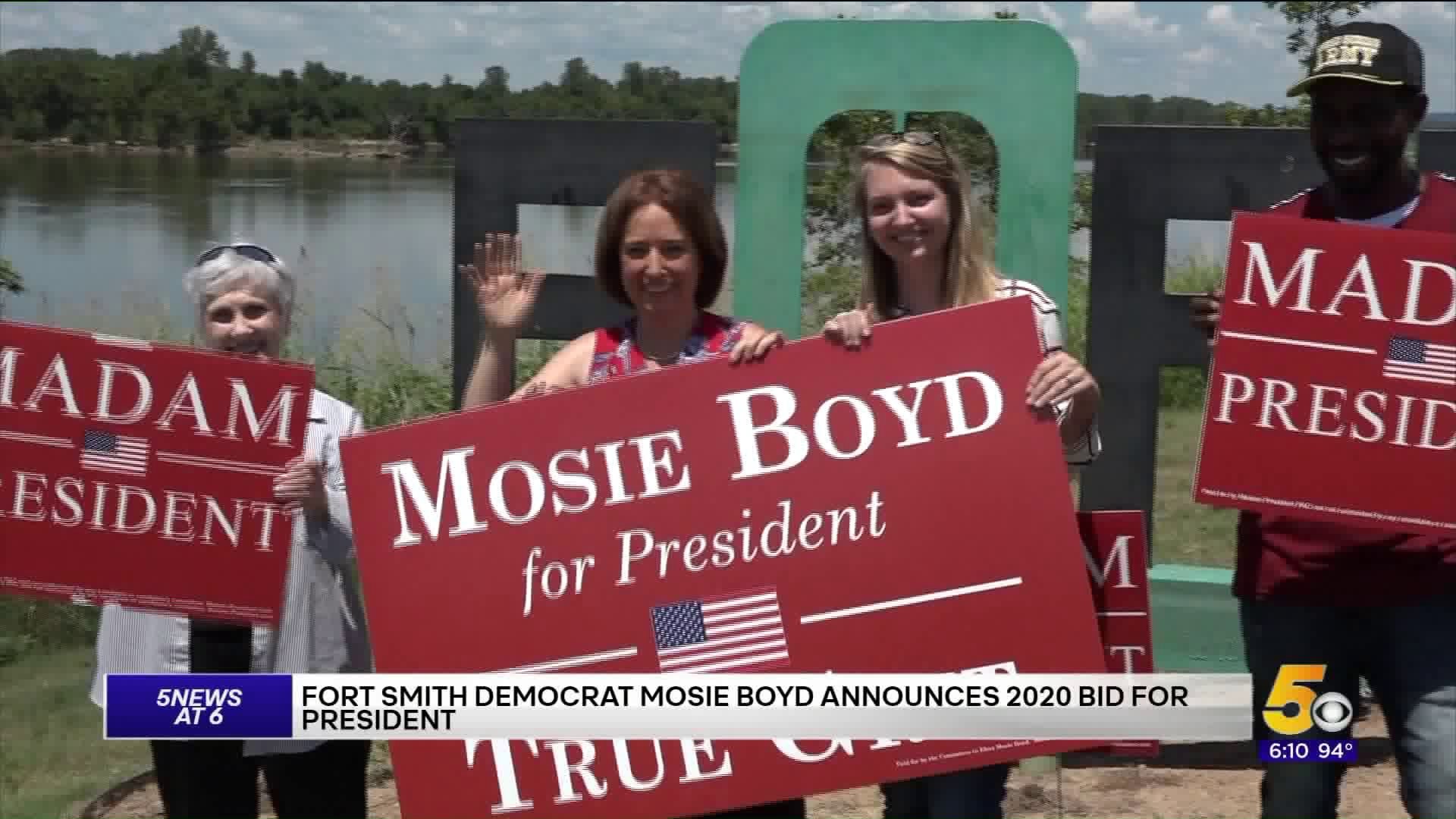 FORT SMITH, Ark. (KFSM) — A Fort Smith native has announced she's running for president. 5NEWS met up with her to see how she's kicking off her campaign.

"I started talking about wanting to run for president when I was 8-years-old," Mosie Boyd said.

Boyd, the founder of True Grit Law Firm in Fort Smith, is ready to make history in the 2020 election.

Boyd says it seems like everyone is running right now so she thought why not?

"I think it's time we get some women elected who can be sworn in and serve as the next president of the United States," Boyd said. "This is an exciting opportunity for me to step in, to get Fort Smith on the map and start talking about the things that matter in our community."

Boyd says she thinks she has a good chance of winning because this is America. But if not, it's okay.

"This could be a good practice run for the future," Boyd said.

Last week Boyd attended the Iowa State Fair where she met the editor of the Des Moines Register. That brief meeting landed her a speaking spot next Wednesday alongside the rest of the Democratic candidates.