FORT SMITH, Ark. (KFSM) — Over the weekend, flooding in the River Valley filled more than 70% of Fort Smith Union Christian Academy with water. The water caused... 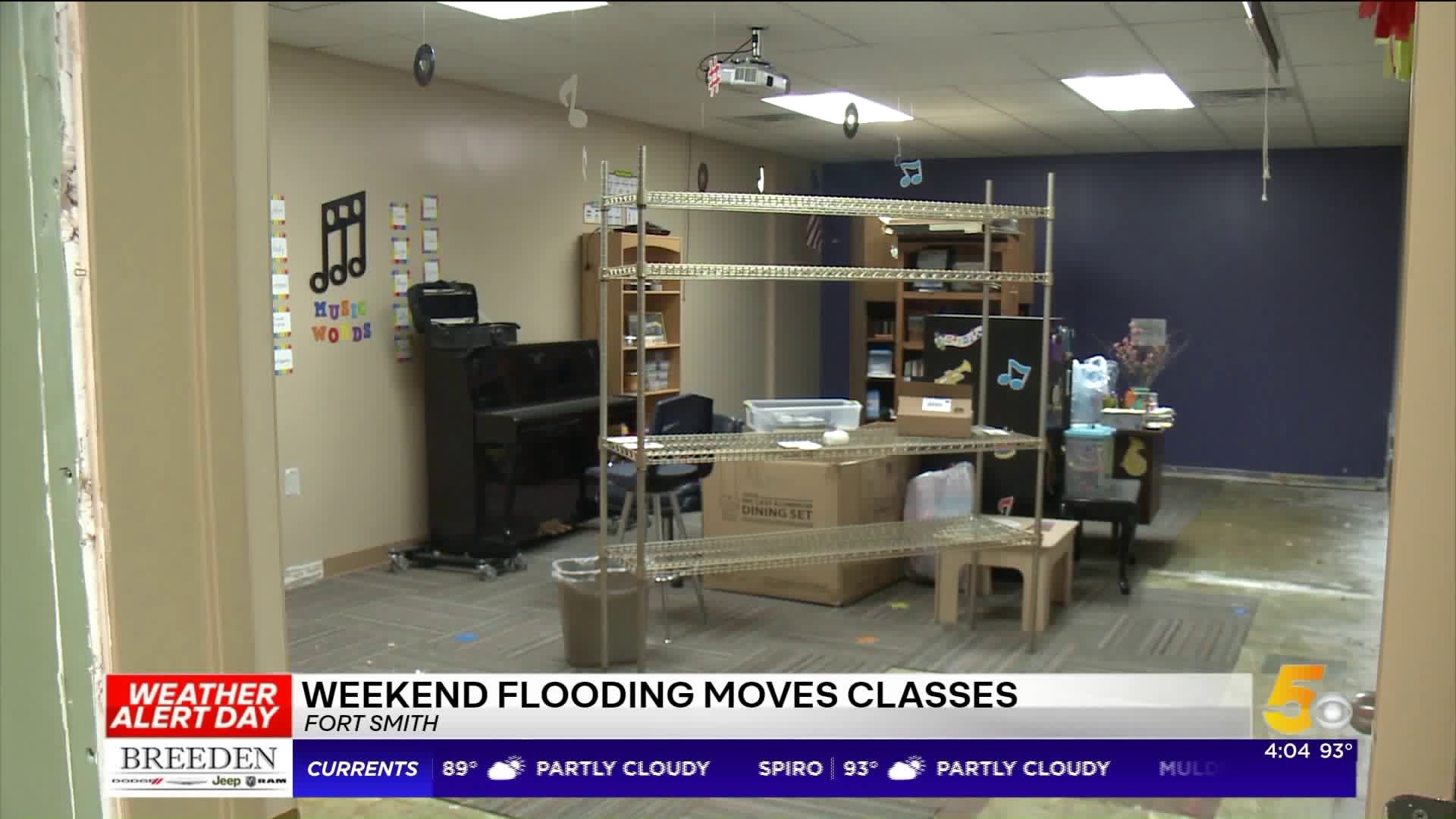 FORT SMITH, Ark. (KFSM) — Over the weekend, flooding in the River Valley filled more than 70% of Fort Smith Union Christian Academy with water.

The water caused tens of thousands of dollars of damage.

“Things are progressing, we still have a long ways to go. We’re estimating being off of our campus for students for about a month,” Massengale said.

According to Massengale, it will be more than a month before the building is operational again and during that time local churches will house the students and teachers.

Kindergarten through fourth grade will go to Central Christian Church in Fort Smith and middle school and high school students will be in the Grand Avenue Baptist Church.

According to Union Christian High School Bible teacher, Stacy Sagely, the churches will house them free of charge.

“They also are extremely accommodating about the facilities, if you need desks if you need tables if you need a whiteboard. It’s just been really humbling for me, as a teacher, to come into a campus and have a church just say this is our facility and it’s here to bless you,” Sagely said.

Staff is pushing forward to restore the school, and Massengale said they get their strength from their faith.

“I know that anything that comes at us is either by God’s direction or God’s permission," Massengale said. "So we’re not disparaging, we’re not hopeless, we’re embracing it with joy and we know that our God is in the Heavens. We know that He sees us, we know that He’s in control. So we’re gonna do our diligence to show up every day and work hard and honor His name.”

Classes are canceled for Monday (Aug. 26) and Tuesday (Aug. 27) but will resume Wednesday (Aug. 28) at Central Christian and Grand Avenue Baptist churches.

If you would like to donate to Union Christian Academy’s flood recovery, go to www.unioneagles.org.