FAYETTEVILLE, Ark. (KFSM) — On Tuesday (May 7), the Fayetteville City Council tabled an ordinance that bans the purchase of polystyrene foam, commonly known as ... 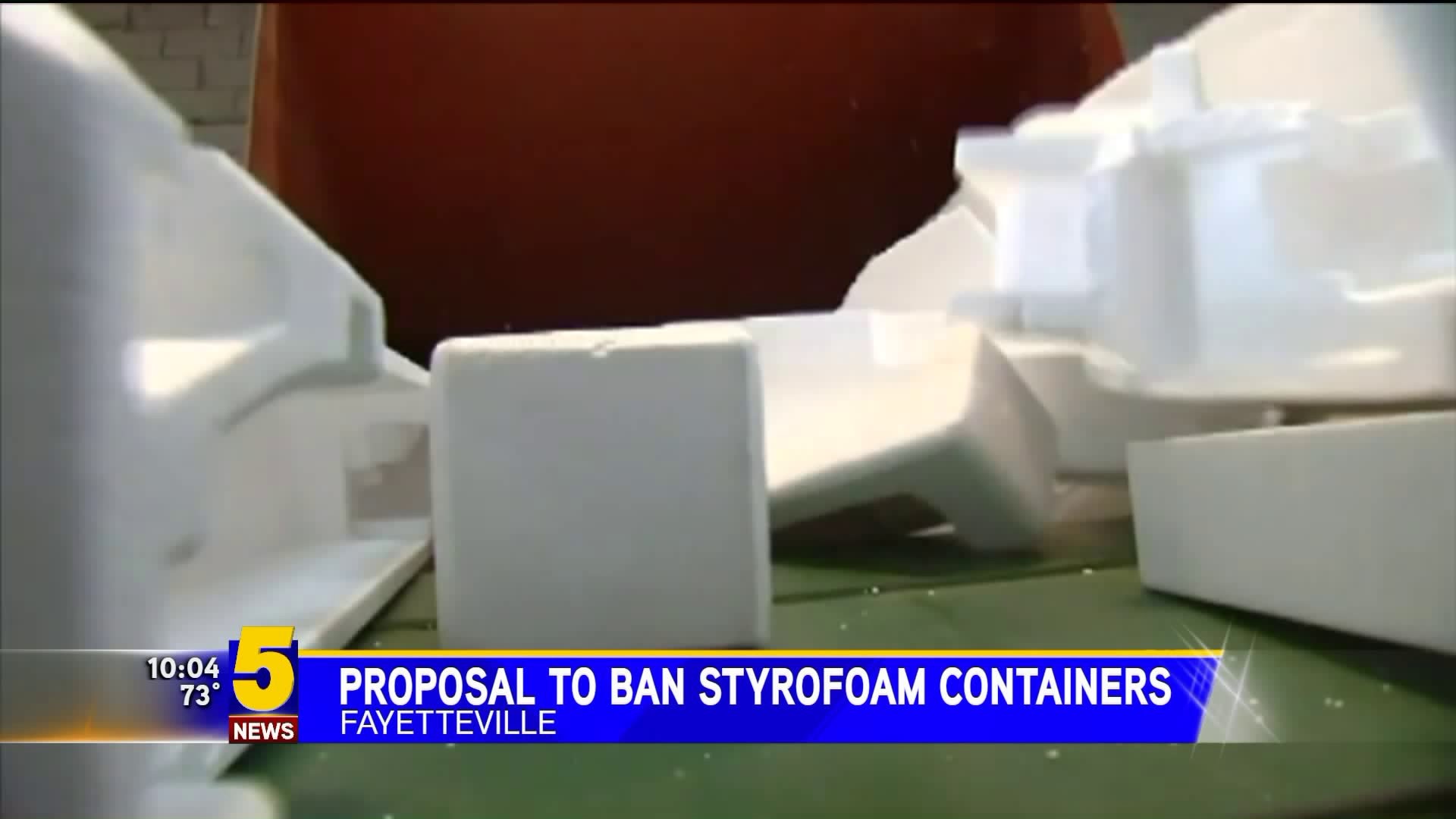 FAYETTEVILLE, Ark. (KFSM) — On Tuesday (May 7), the Fayetteville City Council tabled an ordinance that bans the purchase of polystyrene foam, commonly known as styrofoam, with city money.

On Tuesday, the City Council decided to postpone a vote.

Fayetteville City Council member Teresa Turk is sponsoring the ordinance but says she wants to give citizens and other council members time to fully understand the proposed law.

"If they had a strong opinion or if they had some suggestions of refining or improving it," Turk said. "I wanted to allow them to do that in two weeks at our next city council meeting."

The proposal was presented to the Environmental Action Committee who voted unanimously to recommend its approval by the City Council.

An agenda request form submitted to the council by City Attorney Kit Williams states that single-use items such as cups, plates and bowls made of Styrofoam make up some of the most littered items in America.  The form continues that Styrofoam does not biodegrade, but instead breaks down into smaller particles that pollute soil, groundwater, oceans and the atmosphere.

The City will ask vendors to use more environmentally friendly products like paper, fiber and other compostable materials that are biodegradable and do not pose a pollution threat.

Residents in Fayetteville weighed in on the proposal at the City Council meeting on Tuesday at the city hall.

"We are really destroying this world we live in, this beautiful world," said Fayetteville resident Bob Walker. "We’ve inherited or that we should be taking care of our children and our children’s children."

"The last three or four years, we’ve been moving to more reusable-style cups anyway, so we see it having minimal effect," Sisemore said. "We will find a better packaging system for those who use Styrofoam and we just look to being good city partners on this."

The City Council will vote on the ordinance at their next meeting in two weeks.