FAYETTEVILLE, Ark. (KFSM) — City leaders are still working to perfect a proposal for an entertainment district that would allow outdoor drinking around the down... 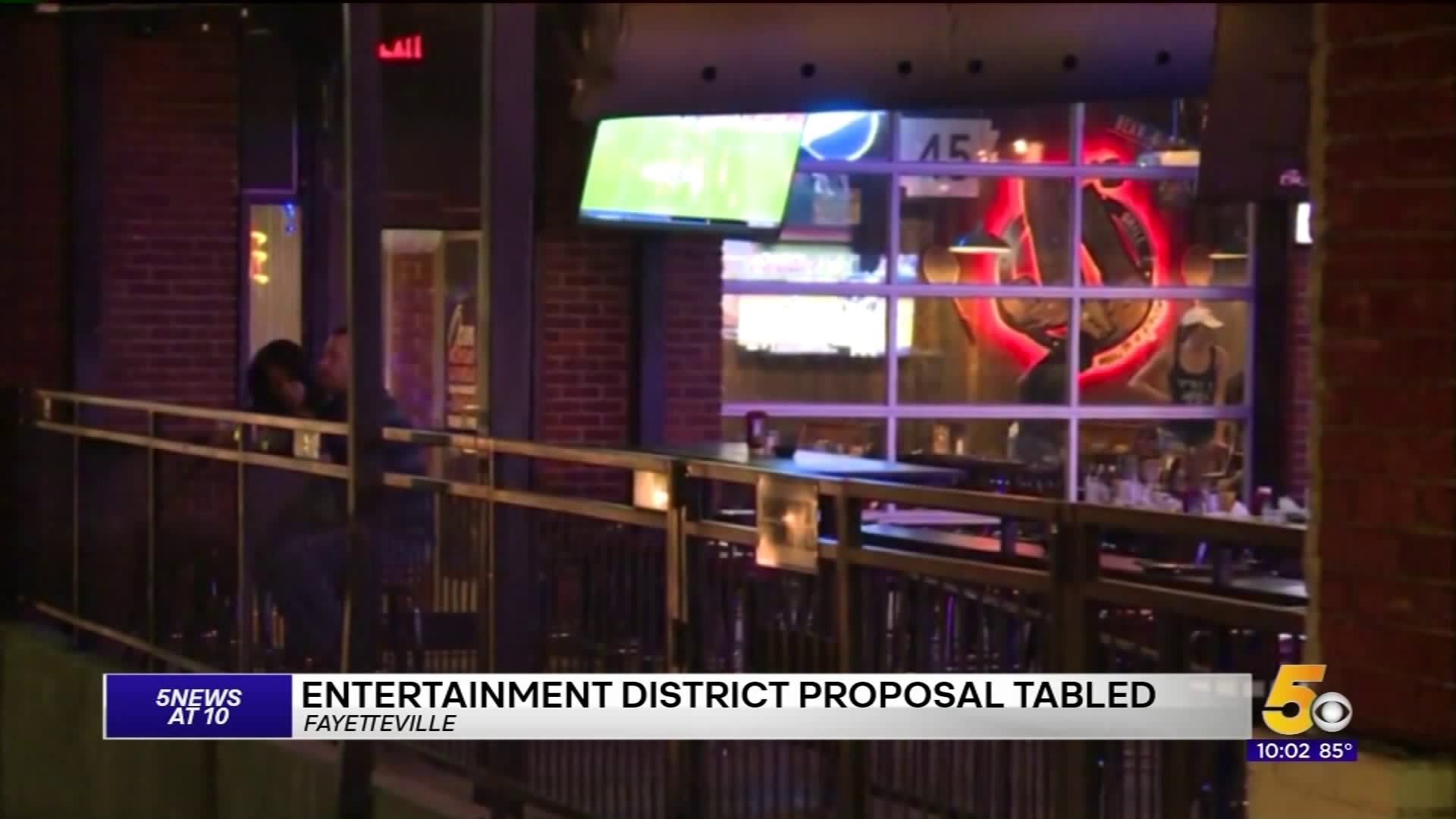 FAYETTEVILLE, Ark. (KFSM) — City leaders are still working to perfect a proposal for an entertainment district that would allow outdoor drinking around the downtown area of Fayetteville.

The city council met again Tuesday (Sept. 17) to try to figure out a plan for an entertainment district around the Walton Arts Center and the Fayetteville Downtown Square.

One of the main topics of discussion in the meeting was the closure of Dickson.  If approved, the ordinance would allow outdoor drinking at special events with specific approval.

Matthew Petty for Ward 2 says he heard from businesses on both ends of Dickson Street, and they were concerned about closing the street.

"I honestly don't see the logic in the street closure," Petty said. "No other cities require this."

Petty also mentioned there were concerns of public drunkenness, but he doesn't believe closing the street would solve that.

Economic Vitality Director for the City of Fayetteville, Devin Howland, asked council members for another month to get more data from business owners and the public.

Howland says some businesses are still concerned about liability issues, particularly in regards to underage drinking.

The city council will be revisiting this topic again on October 15.