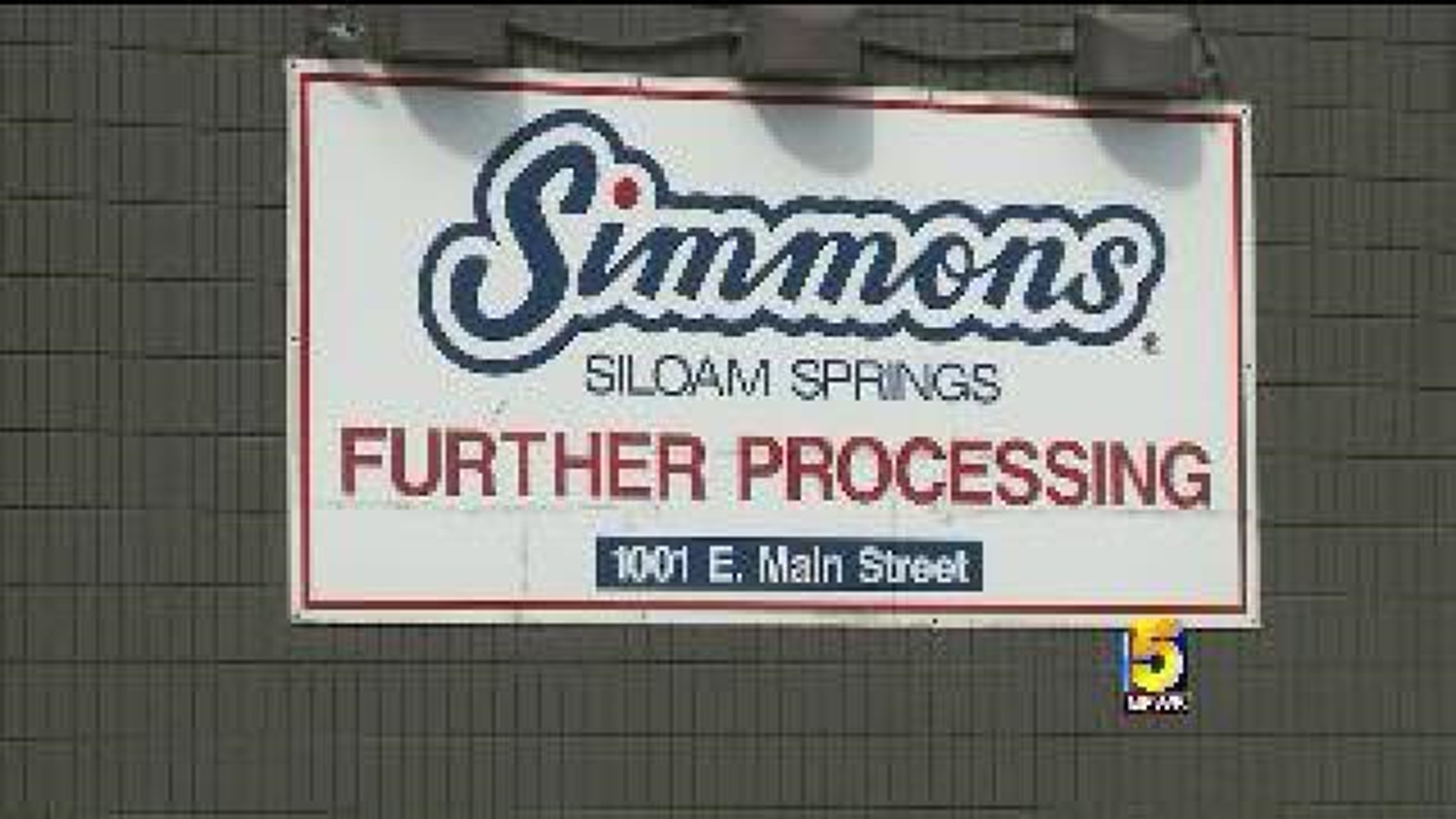 The Siloam Springs Fire Department received a call at 8:32 a.m. about an employee having difficulty breathing at the Simmons Plant No. 2 on the 1000 block of East Main Street. By the time personnel arrived, other workers were showing signs of distress so the plant was evacuated as a precaution, fire officials said.

Thirty-three Simmons employees were taken to the hospital, including five who were considered to be in immediate need of assistance.

"When our crew arrived, which was four minutes later, we had multiple patients, and so we knew we had something larger," Siloam Springs Fire Chief Greg Neely said. "There was coughing, shortness of breath and just an overall sense of urgency about them. When you can't breathe, that's very alarming."

One Siloam Springs firefighter was also taken to the hospital as a precaution. Firefighters put on protective equipment so they could enter the plant and find the source of the plume.

Fire officials said a preliminary investigation determined that a "significant" amount of dry ice came into contact with heated water. The ensuing gas cloud sucked up the oxygen from the facility while filling it with carbon dioxide, officials said.

Neely said it took time to determine the source of the problem due to the number of chemicals used at the plant.

"You have a little bit of chlorine going on when they wash their boots," he said, noting that chemical was ruled out. "And then there's just the odor of the chicken plant itself."

The fire department determined there were no other risks from other products and cleared the building for re-entry at approximately 11 a.m. Plant officials sent employees home for the day so the company could double-check and fully ventilate the building.

Neely said Simmons will conduct an investigation to determine how the dry ice came in contact with the water.

A spokesman for Simmons declined to comment on the incident.