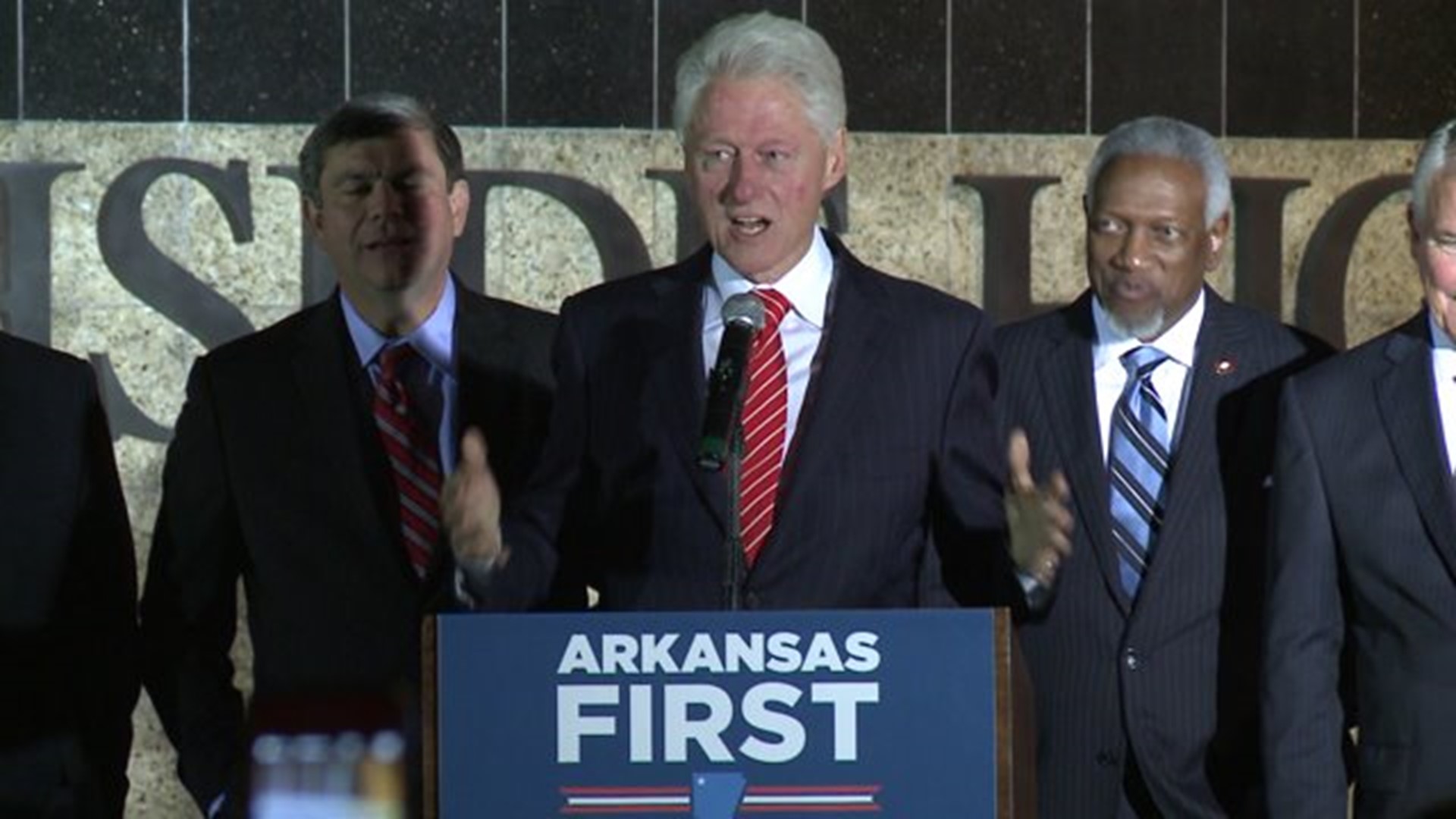 “The only grow-together-work-together choices you have are Mark Pryor, Mike Ross and James Lee Witt,” Clinton said. “They will continue the legacy of Mike Beebe.”

Incumbent Senator Pryor said he has an independent voting record, and will work with republicans.

The last time the president was in Fort Smith was in 1996, according to the Democratic Party of Arkansas. A crowd of more than 1500 people welcomed him Sunday (Nov. 2).

The other candidates for Governor are Libertarian Frank Gilbert and Josh Drake with the Green Party.