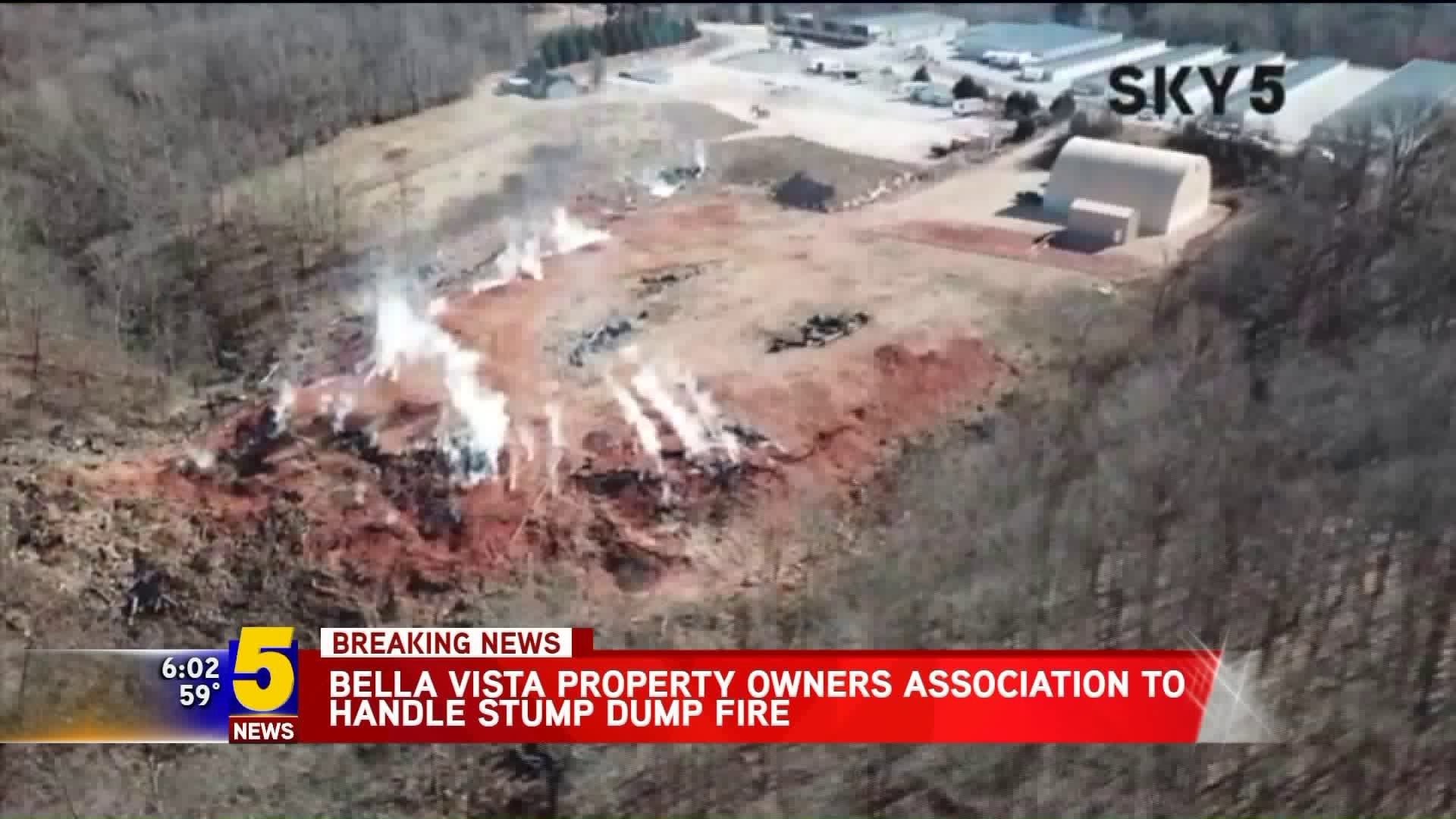 BELLA VISTA, Ark. (KFSM) — The Bella Vista Property Owners Association (POA) is taking over the responsibility of extinguishing the long-burning former stump dump site on Trafalgar Road, according to the Arkansas Department of Environmental Quality (ADEQ).

The ADEQ will maintain inspection duties and provide oversight during the execution of the POA's work, according to a press release sent out by the ADEQ.

At the beginning of the year, the ADEQ notified the Bella Vista POA that the department was considering the POA as a potentially responsible party with an obligation to contribute to managing and extinguishing the fire and remediation of the site.

The ADEQ says they have received assurance from the POA that it is capable of initiating the removal action plan promptly that will result in the fire being put out.

One man who works in Bella Vista said it's time for action.

"[It's] long over due," said Joshua Arnett. "I mean, how long has it been going on now? Like months more than just a couple, obviously."

Arnett said his coworkers live near the site and he knows it's hard for them.

"They've got to smell that and who knows what they're breathing in when they're smelling it, cause I mean there has got to be toxic fumes in there," Arnett said.

Arnett says he hopes the POA taking over means a quicker end to the smoke.

"I'm sure they're upset about it; they have to live out there and pay all this money, their rent and all that, their mortgage, whatever they're paying, and then smell that all the time," Arnett said.

A press release from the ADEQ states the POA's reasonable assurance has lifted ADEQ's responsibility to extinguish the smoldering fire at the site. The ADEQ’s authority to conduct removal is governed by Ark. Code Ann. § 8-7-508(g) that states:

"Removal actions are not authorized when the director has reasonable assurance that the person liable for a release or threatened release has committed to and is capable of initiating corrective and removal action in a timely manner and that the actions will achieve results equivalent to the results from removal action authorized in this section."

“We believe this agreement facilitates immediate actions consistent with ADEQ’s proposed response action plan. The remedial action includes the extinction of the fire at the site within thirty days after the POA’s contractor mobilizes at the site. ADEQ and coordinating state agencies will work to assure continued protection to public health and the environment,” ADEQ Director Becky W. Keogh said.

During the 2019 legislative session to facilitate the extinguishment of the fire and cleanup of the site, $20 million of appropriation funds were granted. The ADEQ says with the POA assuming responsibility of the site from the state, the appropriation may no longer be necessary, which would result in a reduced cost to the state.