Authorities Call Off Search Of Arkansas River Near Altus For Bodies, Now Focusing On Tipster

UPDATE: The search was called off after it was discovered the tip was a misunderstanding. ALTUS, Ark. (KFSM) — Officials are calling off a water search of the A... 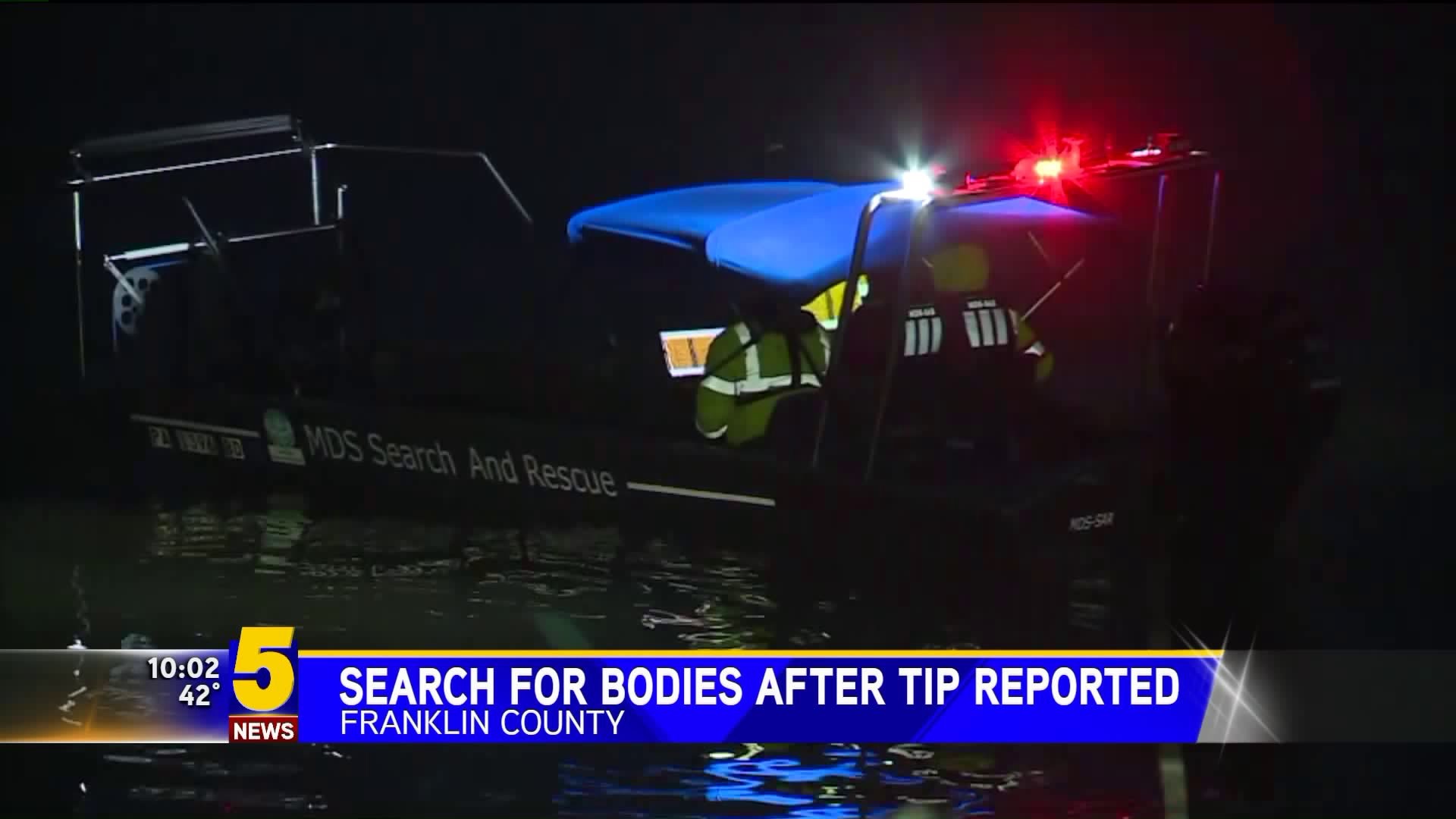 UPDATE: The search was called off after it was discovered the tip was a misunderstanding.

ALTUS, Ark. (KFSM) — Officials are calling off a water search of the Arkansas River near Altus following a tip from an anonymous caller that said they saw two bodies floating downstream in a bag.

The Franklin County Sheriff's Office said it received the tip late Sunday (March 31) night, but the caller said that they spotted the bag Friday (March 29). Deputies say the tipster got that information from a third party who allegedly saw the bodies on Friday.

"Based on the caller information that was given to us we don’t know that the person that we are looking for is actually that old, as far as being missing and it could be that they’re not even from here," said Jeff Wood, Chief Deputy of Franklin County Sheriff's Office.

Officials at the search site told 5NEWS Tuesday (April 2) that crews have exhausted all their resources, and are calling off the water search.

Multiple search and rescue teams started using boats and sonar equipment to canvas the area Monday (April 1) morning near Arkansas 186 and Carbon Plant Road. The Johnson County Dive Team is also on the scene to help with the search, but they say water levels have caused some problems.

Dive Team President Darrell Plank said they have canvased around a mile of the area and have not found anything yet. Plank says multiple people and four-wheelers have been around the area since the bags were spotted Friday.

"This scene has not been secure and anything could’ve happened," Plank said. "We had three barges go up and down the river over the weekend, they have tremendous turbulence and if it was actually that bag could be moved a long ways."

Around 6 p.m. Monday (April 1), another boat was brought in with up to date sonar equipment after an image was seen that required a closer look. The image ended up panning out to being not related to the body.

"There was an image that warrants another look at it tomorrow. That we’re going to take a closer look. Not only by sonar but we will possibly put divers in the water," said Wood.

Authorities are investigating not only the tip but the tipster as well, "until we can confidently say it was a hoax or we can confirm that there is a body or bodies in the water," the sheriff's office said in a statement.

"Typically we will take anonymous tips and do our very best to keep the person anonymous. However, in this particular case, due to certain circumstanced about the call and the details provided, we need to identify the caller and speak with them," the statement said.

The focus has shifted from the water search to finding who called in the tip.

The sheriff said the tip came from someone calling from the phone number (479) 213-3316. The number has been released in hopes someone can identify the tipster. If you recognize the number that has been published or have any other information that could be helpful for the case, you are asked to call the Franklin County Sheriff's Office at (479) 667-4127.