Attempted murder suspect dies after being shot by U.S. Marshals in Fayetteville

The U.S. Marshals were serving a high-risk felony attempted murder arrest warrant when the shooting occurred. 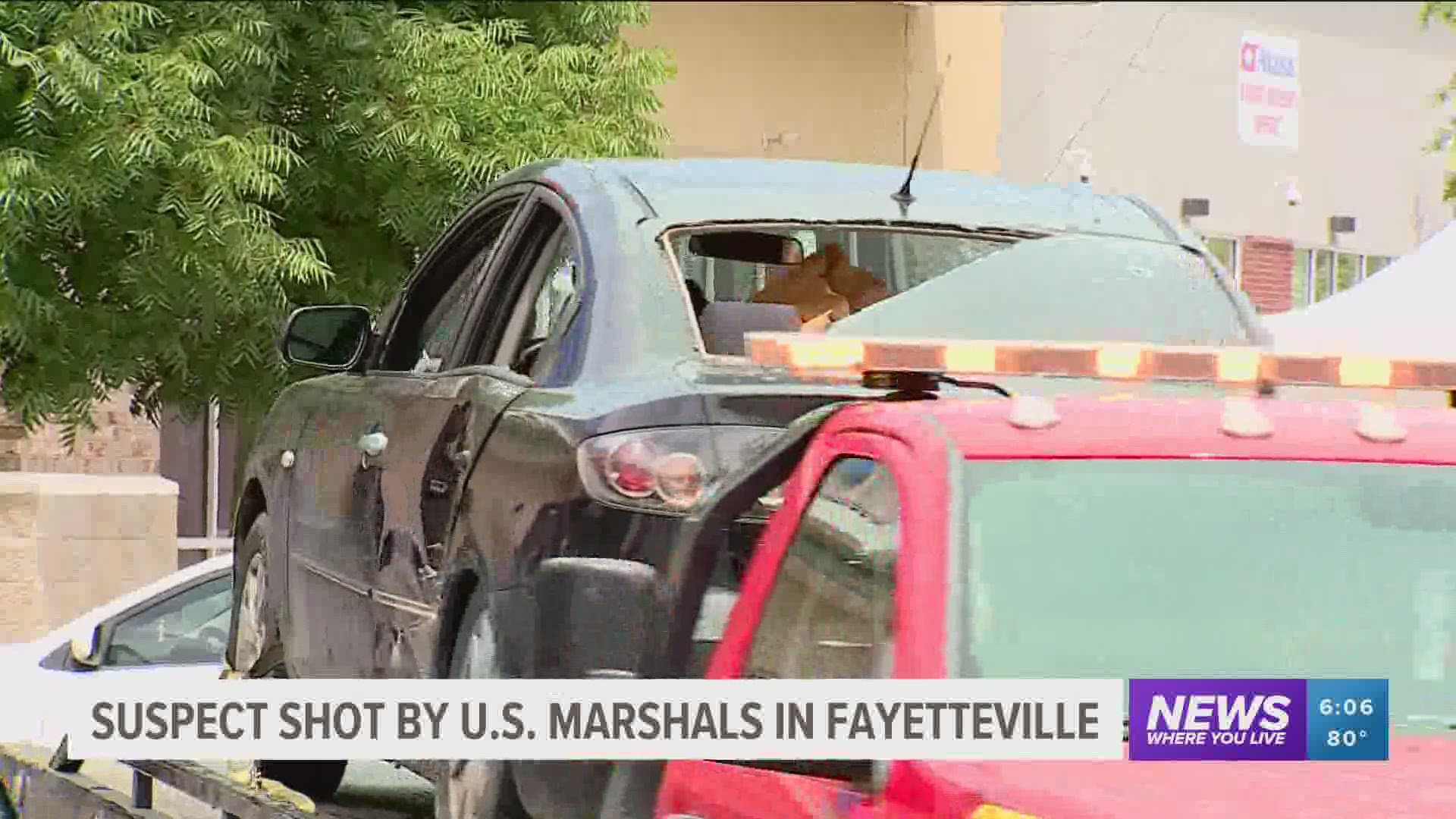 FAYETTEVILLE, Ark. — A man was shot and killed by U.S. Marshals in Fayetteville early Monday (June 1) morning, according to Sgt. Tony Murphy.

The Marshals were serving a high-risk felony attempted murder arrest warrant when the shooting occurred.

The suspect who was shot is a white man, according to police.

According to Washington County Coroner Roger Morris, the man's body is being sent to the state medical examiners office for an autopsy. His identity has not been released at this time.

The shooting happened in front of a Fayetteville strip mall on M.LK. Boulevard.

Multiple rounds were fired, and no officers were injured.

Fayetteville Police responded to the scene around 8:45 a.m. Monday.

The FBI is now taking over the investigation. It's unknown at this time who fired first.

"I was working when I had my last taxpayer and I hear gunshots...it was one, then a pause for a little bit, and several others a few seconds after that," Reed said.