The deceased woman has now been identified as 48-year-old Wanda Reed, who police say was homeless. 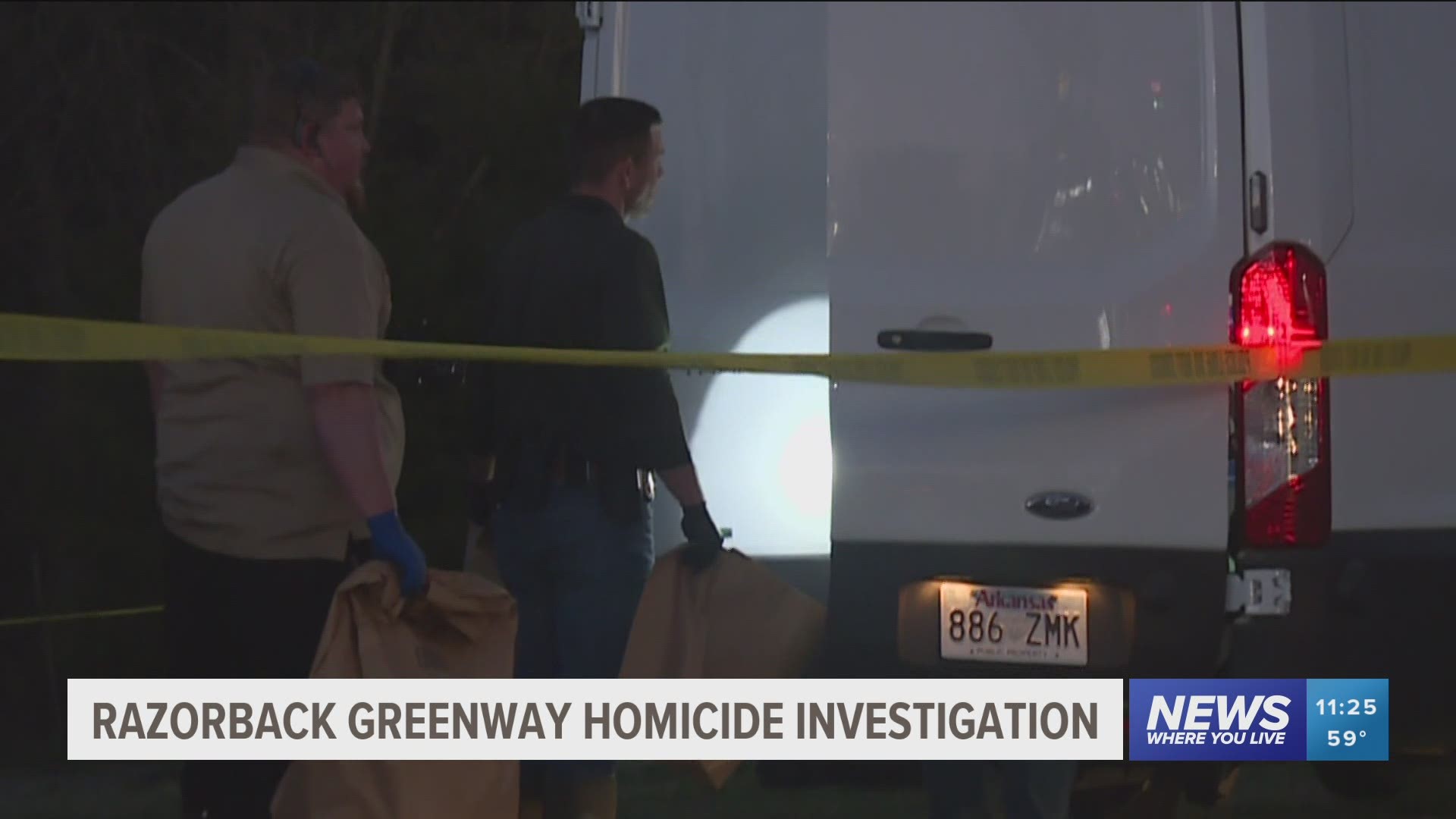 SPRINGDALE, Ark. — A large police presence gathered near the Razorback Greenway trail in Springdale off of N. Thompson Street after a female's body was located in a creek bed Friday (March 26).

According to Springdale Police Lt. Jeff Taylor, on Friday around 5:45 p.m. officers were flagged down by citizens while on bike patrol on the Razorback Greenway about a possible deceased female in the area of the Thompson and Sanders trailhead.

Officers investigated and located a deceased female in the creek bed just to the north of Outdoor America (1375 N. Thompson).

Detectives and the Washington County Coroner arrived to process the scene.

The body was removed and sent to the Arkansas State Crime Lab for an autopsy to determine the manner and cause of death.

The woman has now been identified as 48-year-old Wanda Reed, who police say was homeless.

This investigation is ongoing and being treated as a homicide.

Police say based on the initial investigation it is believed that this is an isolated incident and there is no additional threat to the public at this time.

No further details have been released at this time.