Garth Brooks set to perform at Razorback Stadium in Fayetteville

The country music superstar will be playing inside Donald W. Reynolds Razorback Stadium on Saturday, April 23, 2022. 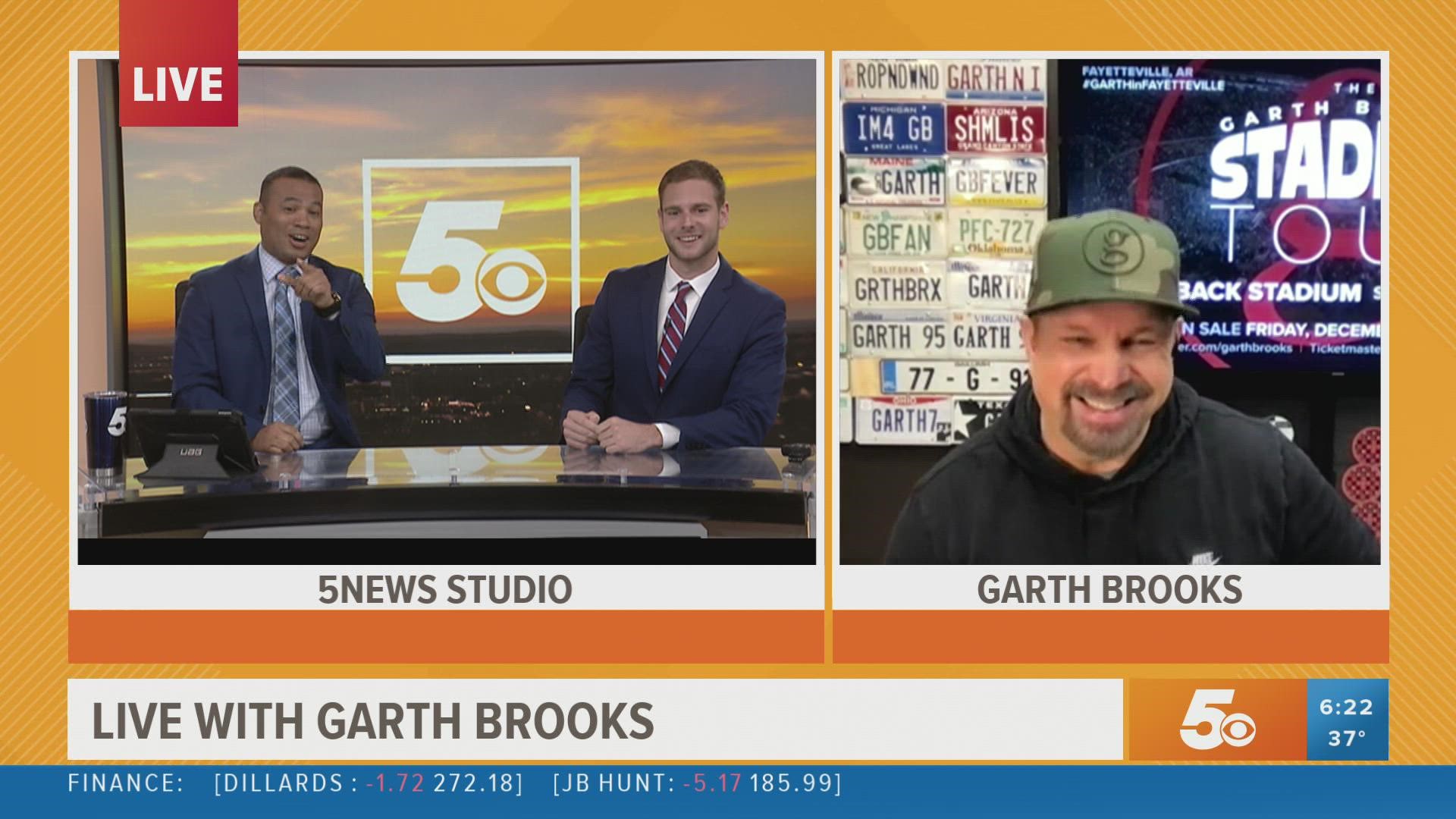 FAYETTEVILLE, Ark. — Get ready for "The Dance" and bring your "Friends in Low Places" because country music superstar Garth Brooks is set to perform in Fayetteville next year.

According to a press release from the University of Arkansas, Brooks will be playing inside Donald W. Reynolds Razorback Stadium on Saturday, April 23, 2022.

Brooks will make history when he performs on the field at Razorback Stadium. The appearance will be his first in the state of Arkansas in over seven years and his only stadium concert in Arkansas and Oklahoma in 2022.

You can purchase your tickets by visiting ticketmaster.com/garthbrooks, calling the Garth Brooks Line at Ticketmaster at 877-654-2784 or by using the Ticketmaster app on your mobile device.

We’re excited to welcome @garthbrooks back to the Natural State! We can’t wait for April 23rd for an historic show at Razorback Stadium. https://t.co/1UdDeY8aSq

RELATED: Morgan Wallen set to perform at the Walmart AMP 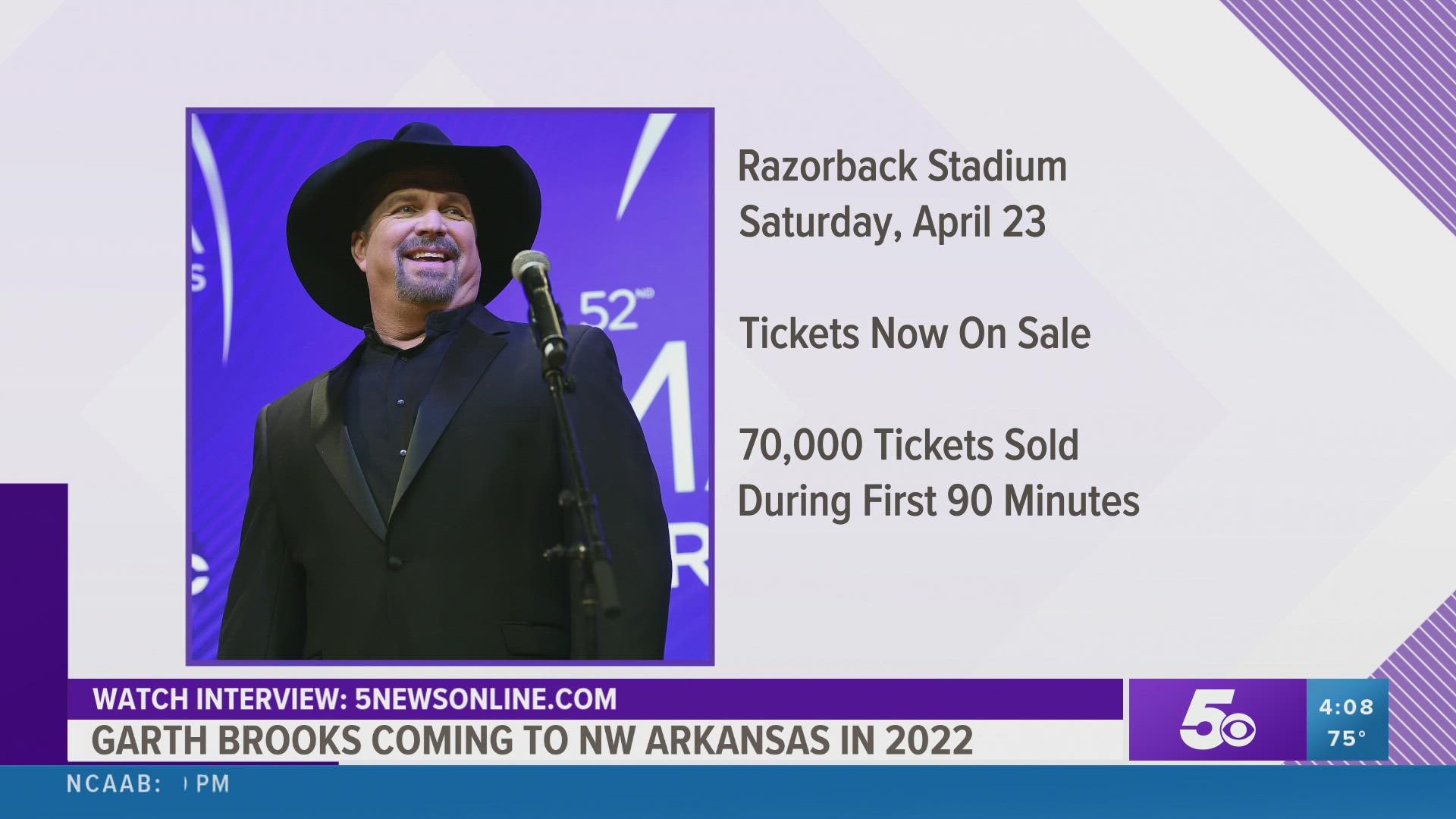