A weak upper-level disturbance will be arriving into Arkansas and Oklahoma for the second half of the weekend, sparking a better chance for a shower or storm. L...

A weak upper-level disturbance will be arriving into Arkansas and Oklahoma for the second half of the weekend, sparking a better chance for a shower or storm. Lots of sunshine is expected for Sunday, but by the evening, storms forming towards the north will dive south, possibly impacting Northwest Arkansas and eventually the River Valley after Sunday’s sunset. Some could be severe but they should be weakening as they arrive. 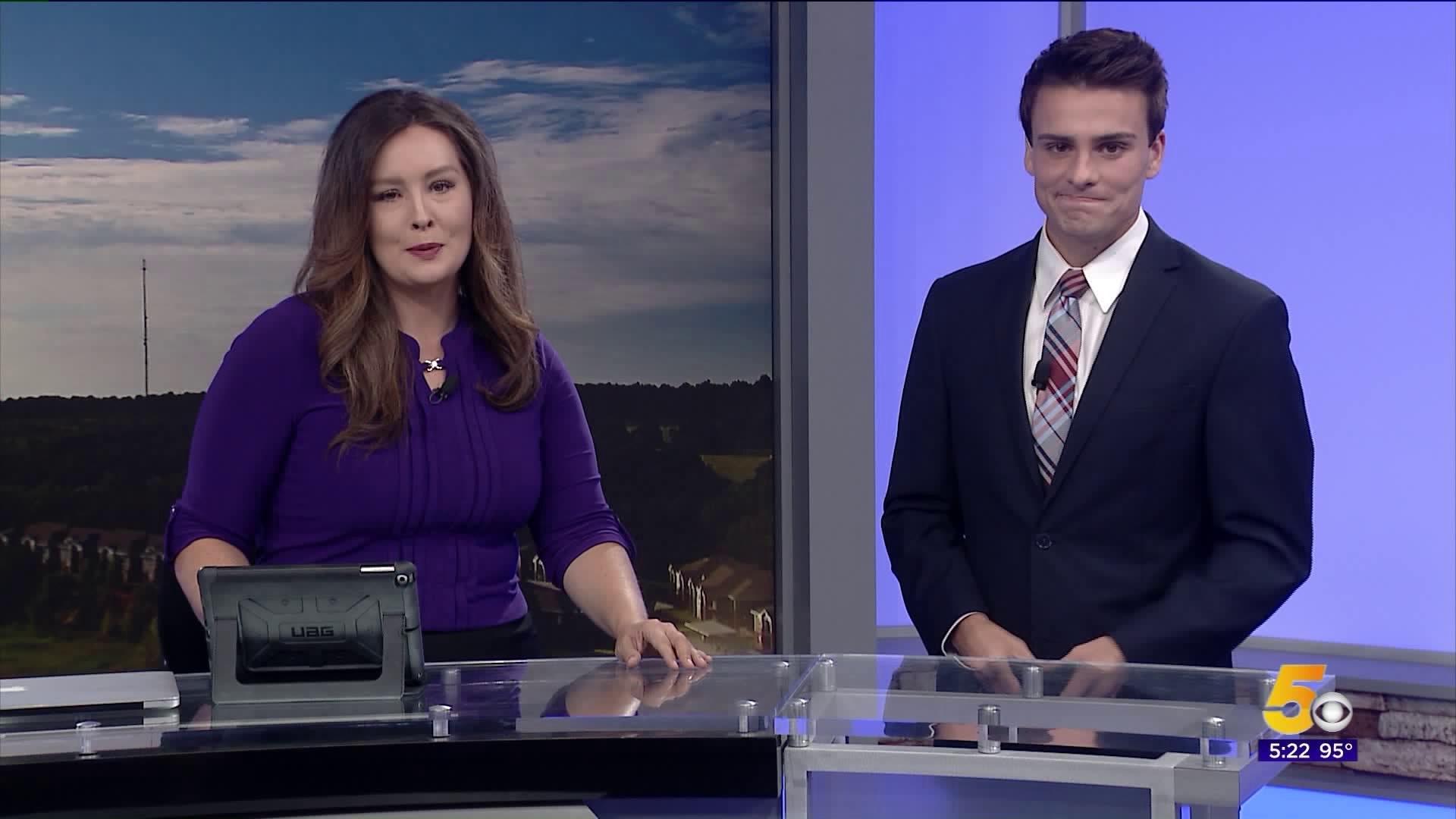 It will be hot and humid with temperatures well into the 90s and heat index values over 100 degrees. An isolated sprinkle is possible in the morning but after sunset a round of storms is possible to move in from the north. These will weaken into early Monday morning.

The humidity will be slightly higher throughout Sunday.

A Level 1 Severe Risk (Marginal) is in place for Sunday night mainly for eastern Oklahoma and Northwest Arkansas. The extreme northwestern portion of Benton County is under a Level 2 Severe Risk (Slight). The main threats will be gusty winds and hail.

The most potent round of storms will most likely be late Sunday and into early Monday morning.

A weak disturbance swings through Wednesday with more rounds of isolated showers and storms by the weekend.