People say they have been noticing longer lines in the afternoon so they have decided to arrive early. 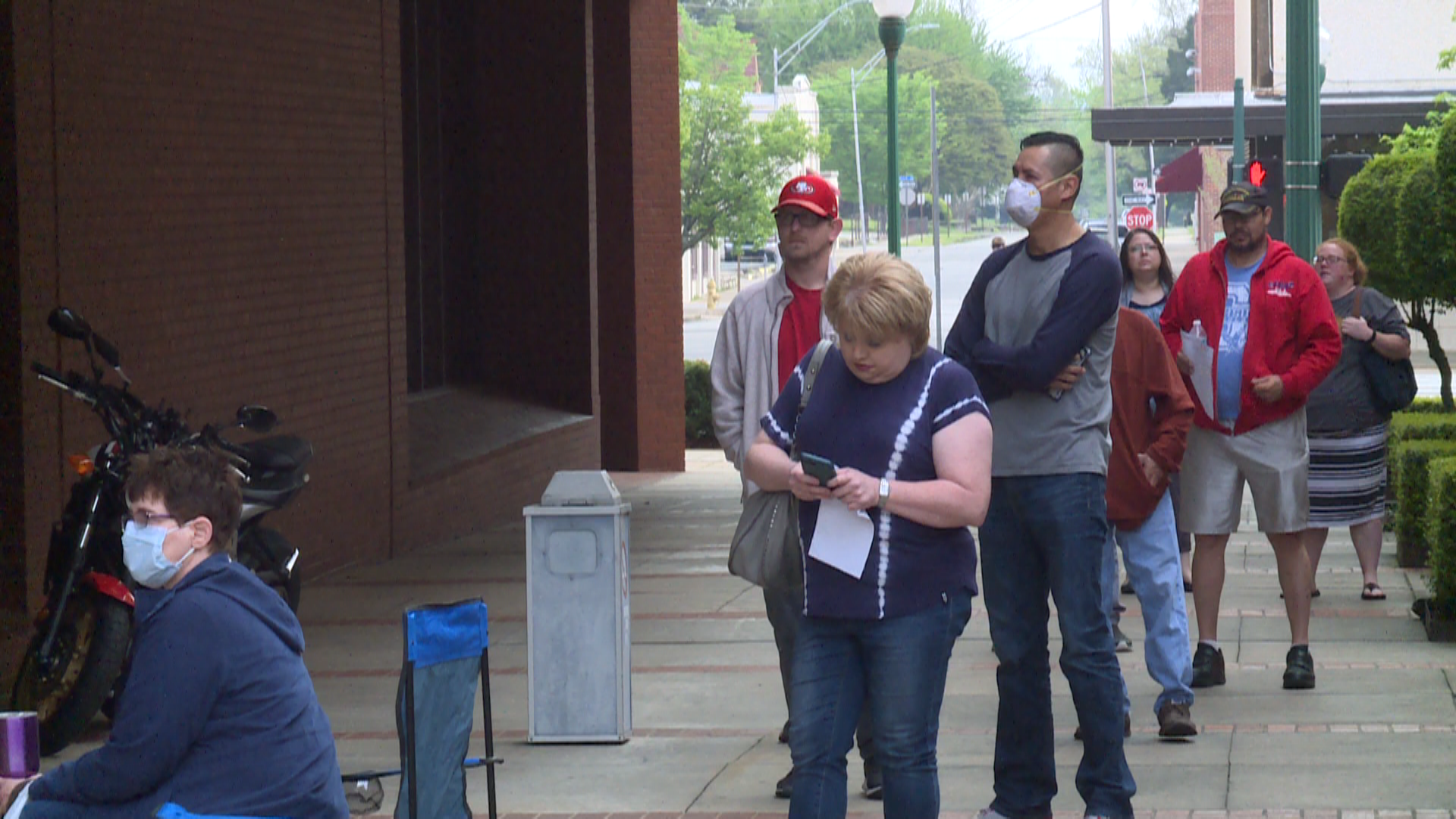 FORT SMITH, Ark. — People waiting at the B.G. Hendrix State Office Building Tuesday say they had problems filing online, so they decided to visit in person.

They say they tried to get to the building as early as possible to avoid the long lines and are practicing social distancing while waiting in line.

The State Office is only allowing two people in the building at a time, and asking those in line to keep a distance of 6 feet in between each other.

People say they have been noticing longer lines in the afternoon, so they have decided to arrive early.

Richard McClain waited for about twenty minutes. He says he tried to file online at first but kept having problems.

"Well, I'm gonna tell you, your first instinct is you are kind of frustrated because you didn't succeed. So okay, I said something ain't right, and then I started thinking about it, and all these people filing for unemployment insurance at the same time so somewhere the system is going to break down. That's just the way it happens," said Richard.

Governor Asa Hutchinson says by the end of the week that he expects 100,000 Arkansans to file for unemployment claims.