WASHINGTON COUNTY (KFSM)- A Washington County Quorum Court member is calling the safety of all the bridges in the county into question after county officials ad... 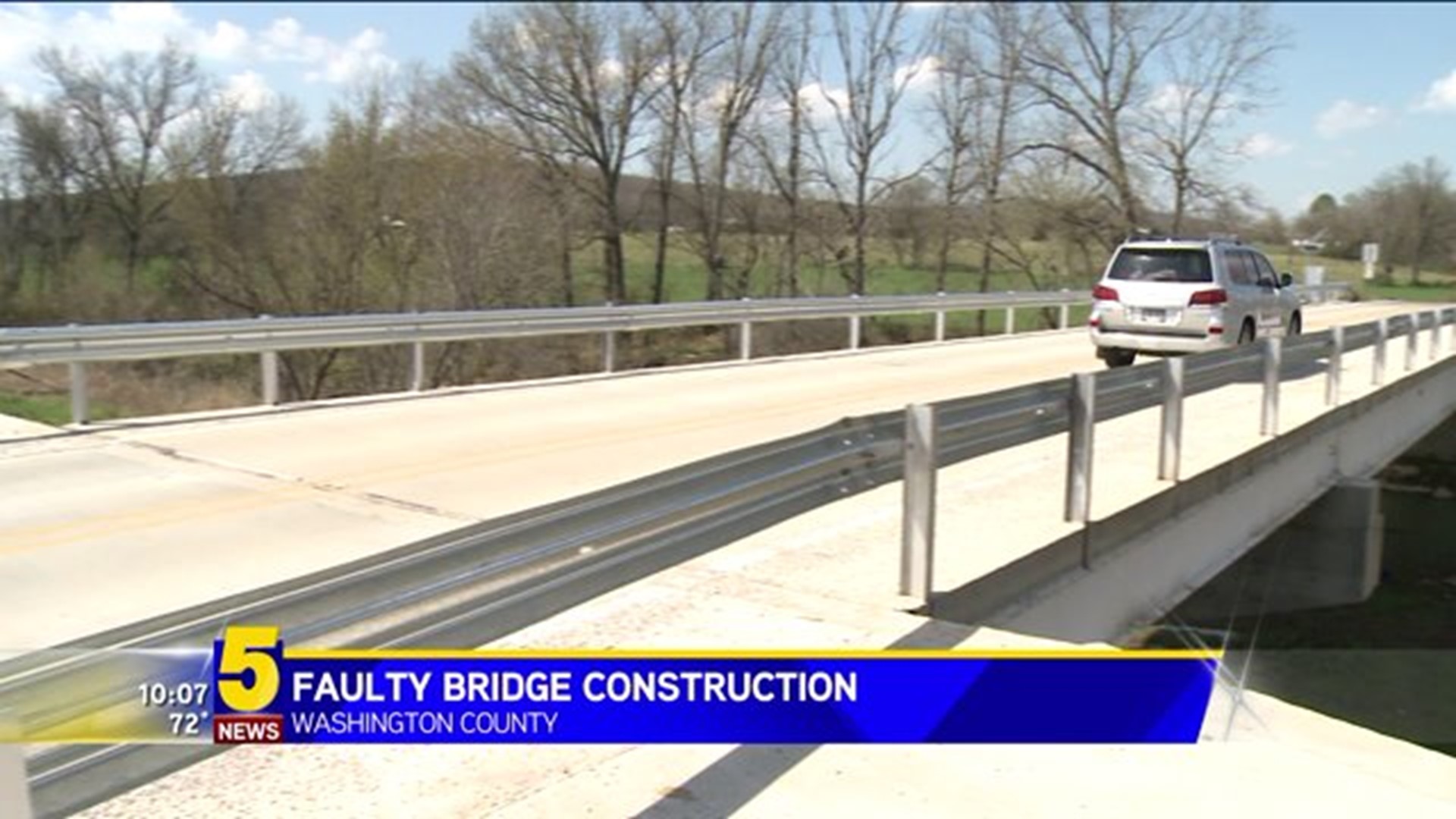 WASHINGTON COUNTY (KFSM)- A Washington County Quorum Court member is calling the safety of all the bridges in the county into question after county officials admitted during meetings in March that workers took shortcuts during the construction of at least two of them.

"I absolutely believe every bridge that is in the county needs to be inspected," Quorum Court member Eva Madison said Tuesday (March 31). "Because apparently we don't have anybody at the [Washington County] Road Department that can build a bridge."

During a Quorum Court meeting held on Monday (March 30), Washington County Judge Marilyn Edwards asked Prosecuting Attorney Matt Durrett to investigate what happened during the construction of the Stonewall Road Bridge near Prairie Grove and the Harvey Dowell Bridge between Fayetteville and Elkins.

Madison said she believes the county knew about shortcuts taken during bridge construction years ago.

"I've had these concerns about things at the Road Department since I got an anonymous letter in September of 2013 and we need answers there," she said.

County officials, including Judge Edwards, have said they didn't know the Stonewall Road and Harvey Dowell bridges were being built incorrectly until a Quorum Court meeting on March 19. During that meeting the court watched a video filmed by former county assessor Jeff Williams. It showed Williams pulling rebar out of holes drilled several inches into a concrete structure meant to support the Stonewall Road Bridge. Normally, the rebar is supposed to reinforce a structure from top to bottom by pouring the concrete around the rebar. At the beginning of his video, Williams said it was shot on October 6, 2014. The full video has been included below this article.

"The county administration knew about the deficiencies at the Harvey Dowell Bridge as early as October of 2013," Bailey said.

Williams' video of the Stonewall Road Bridge was shown in connection to Braswell's civil lawsuit, which was filed in U.S. District Court On Dec. 19, 2014. In the lawsuit, Braswell claims pressure from county officials to "save time and reduce costs" resulted in deviations from the design plans on the bridge.

The suit names the county and several county officials, including Judge Edwards and Road Department Superintendent Donnie Coleman, as defendants. It also states the Harvey Dowell Bridge is “dangerously under supported,” adding the “structural integrity of each bridge has been significantly compromised.”

Drivers have been using the Harvey Dowell Bridge since late 2013. During the meeting on March 19, Judge Edwards put a weight limit of three tons on the bridge after watching Williams' video.

"Citizens deserve to know exactly what the deficiencies were at the Stonewall [Road] Bridge," he said.

But Bailey said that may not happen because the partially constructed bridge was torn down following the Quorum Court meeting on March 19 and will be rebuilt. Bailey said now that the original bridge is gone he has no first-hand proof that would corroborate the claims made in Braswell's lawsuit. He adds that while county officials admitted mistakes were made during the construction of the Stonewall Road Bridge, they never specified what those mistakes were and now won't have to because the bridge has been taken apart.

"Fire trucks, ambulances and school busses and everything that weighs less than that," he said.

According to Zega, the Harvey Dowell Bridge is still safe for smaller vehicles after Judge Edwards set the weight limit.

"It doesn't mean that Harvey Dowell, in particular, is useless," Zega said. "It just means that we have to rebuild it to get it to the purpose that we wanted it to serve in the first place."

"She relied on information that turned out not to be accurate at that time," he said.

Madison said taxpayers will now have to pay for the shortcuts taken during bridge construction.

"Had we fixed Harvey Dowell in the first place, we could have saved a lot of money," she said.

Madison said the information that's come to light in the last couple of weeks calls for a much closer look at the safety of bridges across the county.

"I want to know who knew what, when," Madison said. "How was public money misspent and how is public safety at risk." 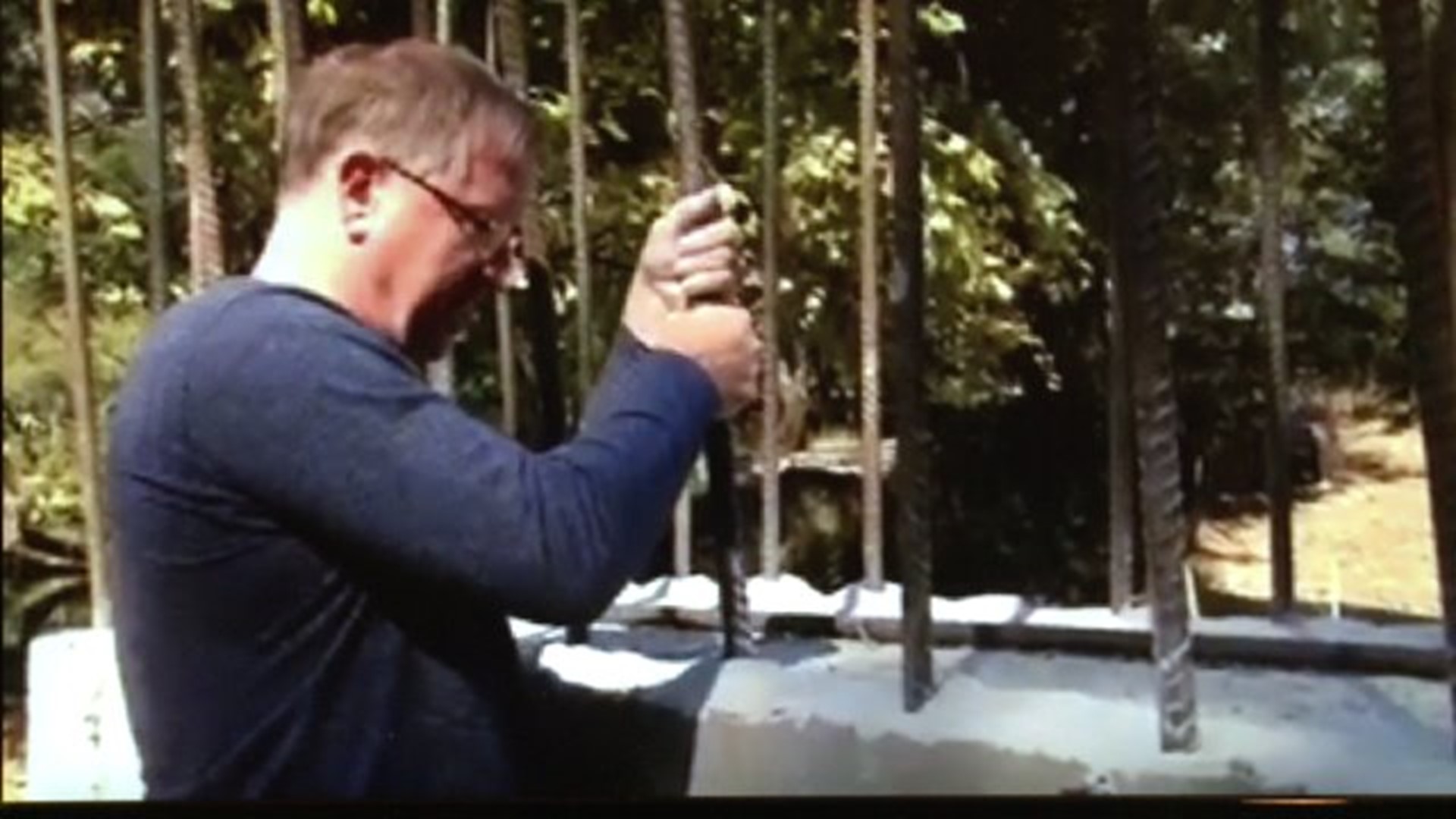