FORT SMITH (KFSM) — A local woman’s annual tradition of growing and giving away pumpkins to the less fortunate is stopped after a freak vehicle wreck in F... 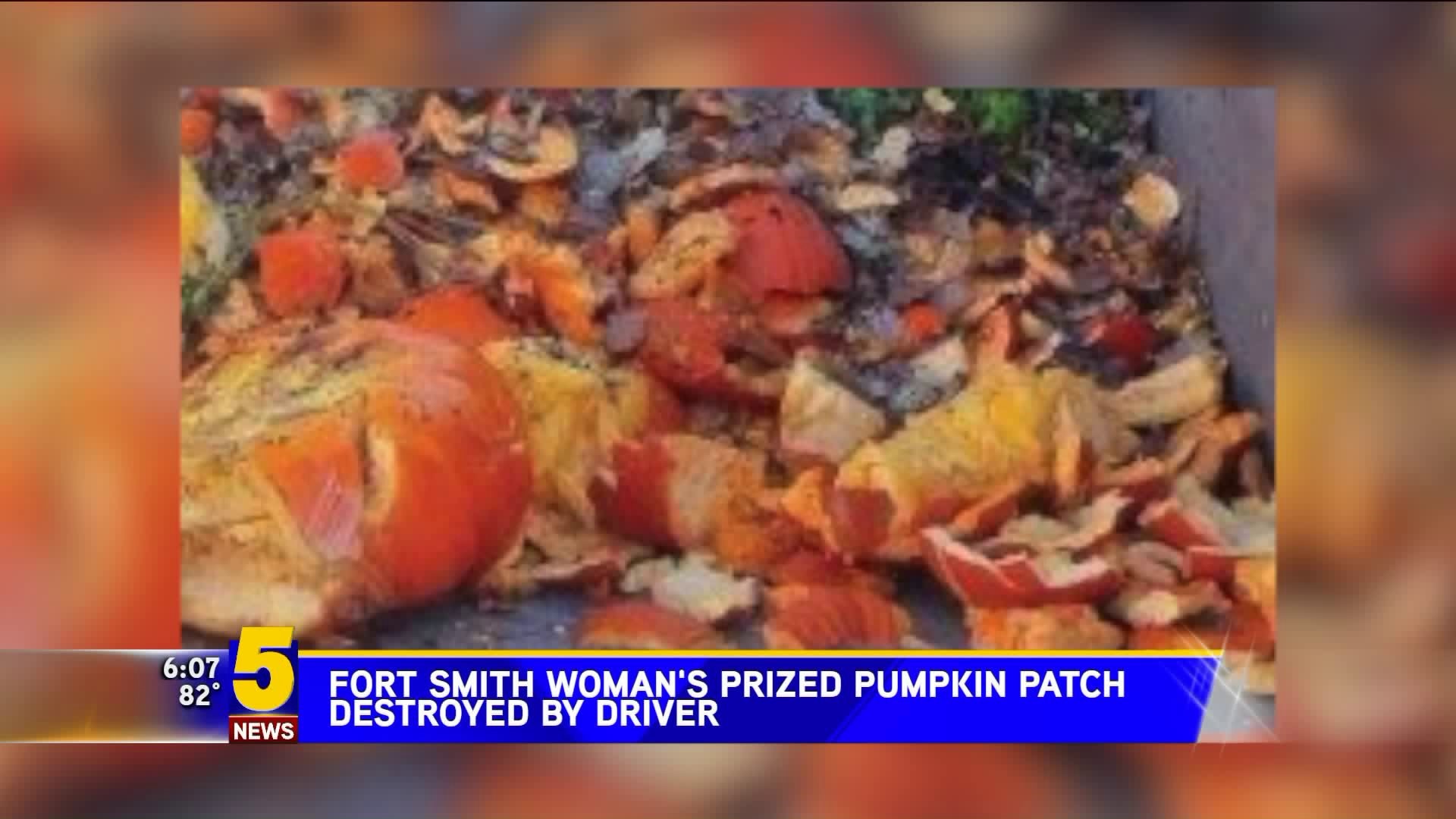 FORT SMITH (KFSM) -- A local woman’s annual tradition of growing and giving away pumpkins to the less fortunate is stopped after a freak vehicle wreck in Fort Smith.

On Saturday (Aug. 18), police were called to 321 May Street in Fort Smith in reference to an unknown type of accident, according to an arrest report.

Lackey says she was watching TV at the time when she heard a loud explosion right outside the window that was cracked open.

“Smoke started pouring in through the window. It filled the whole living room,” said Darla Lackey.

When Lackey walked outside, she saw a car had crashed into the side of her home.

Police advised Lackey and her other family members to evacuate the home immediately in case it was a car fire.

Not only did this wreck give Lackey and her family a fright, but it also damaged a crop of pumpkins she had been growing since April in her side yard.

She had planned to enter some of the bigger pumpkins into a fair, but she had intended to give away most to those who can’t afford them.

Lackey says she has been doing that over the last five years until now.

An arrest report shows that the three people inside the car admitted to smoking weed before the wreck. One of the guys later admitted to police that he was driving.

Upon further police examination, they discovered the man driving, later identified as Damarrius Johnston, 20, had marijuana, a digital scale, and a loaded semi-automatic weapon in his waistband.

Moreover, Johnston had initially given out a false identity to the arresting officer, according to the document.

The other two people inside the vehicle are juveniles.

In the meantime, Lackey says this incident could’ve been prevented if people were paying more attention.

However, she also says this wreck sheds light on another, larger-scale problem at the intersection of May and Park Streets.

“Drivers need to somehow be aware this is not a four-way. This is a two-way stop, and the speed limit needs to be what it is: 25 miles per hour,” said Lackey.

She explains she’d like to possibly see more signs to guide drivers that it is a two-way intersection. She also says she’d appreciate police patrolling the area for a few weeks to make sure obey the speed limits.

5NEWS has placed a call to the City of Fort Smith for a response to Lackey’s request.