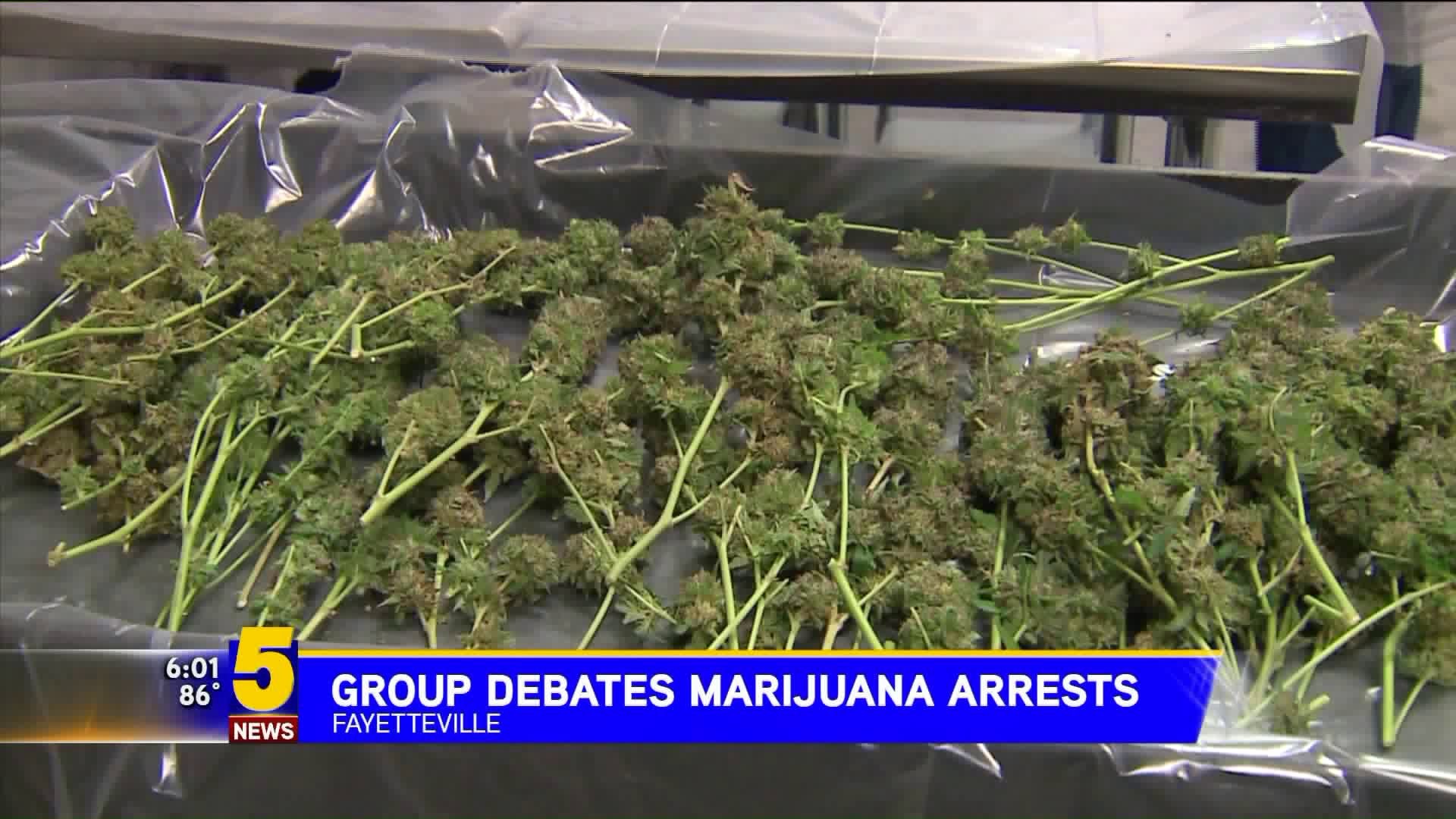 FAYETTEVILLE, Ark. (KFSM) — The non-profit law firm Arkansas Justice Collective is claiming the Fayetteville Police Department is violating a 2008 ordinance to make marijuana arrests a lower priority, citing there's been a 284% increase in marijuana arrests in the last 10 years.

City leaders told 5NEWS most misdemeanor marijuana cases are citations rather than jail time, making it a lower priority.  Arkansas Justice Collective, who met on the steps of Fayetteville City Hall Thursday (June 27), says that isn't true, and that marijuana arrest hurt the African American population in Fayetteville the most.

On Thursday, Arkansas Justice Collective presented their findings of what they say is injustice and discrimination. After pulling police reports, the group says in 2008 the Fayetteville Police Department made only 50 arrests for misdemeanor possession of marijuana. They claim in 2018 that number went up to 192.

In 2008 the City of Fayetteville enacted an ordinance making marijuana a lower priority in the police and courts systems. The group says that statute is now being disregarded.

"I think it would be a great way for the city to save money by not using out police and prosecutors resources in this way," said Stephen Coger, the founder of Arkansas Justice Collective.

On the other side of the issue, the Fayetteville city prosecutor says in the court's system it looks a little different. With the city attorney sending the group an email saying out of that 192 arrests they mentioned, 173 were given citations and not booked into jail.

"I believe it is a lower priority in the sense that it's very rare for me to hear that someone to be physically arrested for misdemeanor possession of marijuana only," Fayetteville City Prosecutor Brian Thomas told 5NEWS.

Arkansas Justice Collective says the arrest show racial injustice by sighting 38% of arrests for misdemeanor marijuana were African Americans, while only 6% of the Fayetteville population is Black.

"What are we going to do about it? I hope we will pressure elected officials to change. If they do not change then we will replace them," Coger said while standing on the steps of the Fayetteville City Hall on Thursday.

City leaders spoke about racial bias and also the new concept of medical marijuana in the state.

"I have not seen that in the years of prosecution I have been here," Thomas said. "I know we don't prosecute on that basis. I do know though that we have to adapt as time changes...medical marijuana is here."

The group has been emailing back and forth with city attorneys and leaders. They have also met in person.

5NEWS will continue to follow this story as the group and city leaders continue their discussion.

Read the full response from Fayetteville City Attorney Kit Williams to Arkansas Justice Collective about the accusations by clicking here.