The old and young alike filled Arvest Ballpark looking for positions with the Northwest Arkansas Naturals on Saturday in Springdale. Not on-field positions, tho... 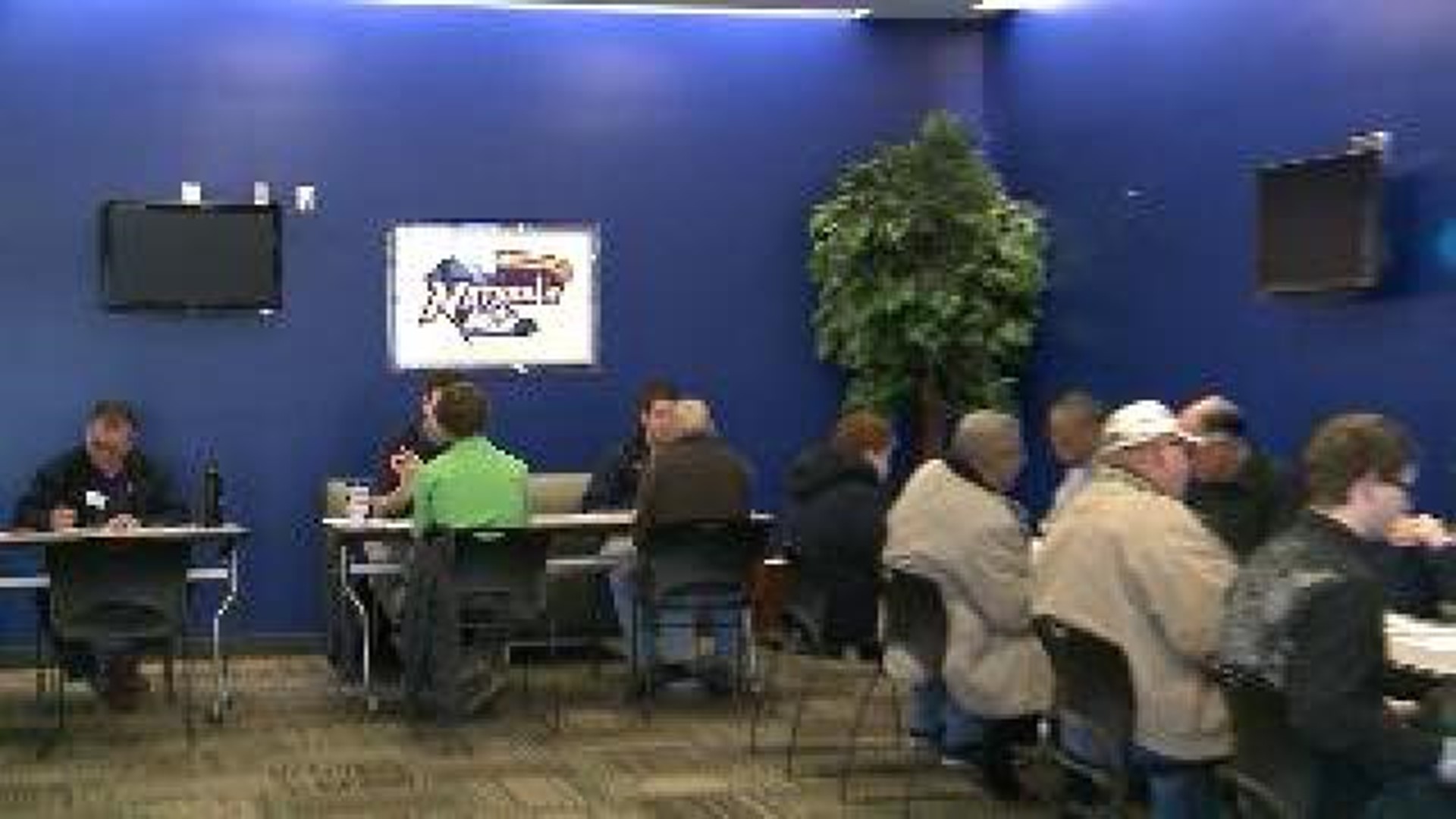 The old and young alike filled Arvest Ballpark looking for positions with the Northwest Arkansas Naturals on Saturday in Springdale.

Not on-field positions, though. The Class AA baseball team held its sixth annual job fair to help find people to serve as anything from ushers to ticket sellers to concession workers.

"We're looking to hire the best, most friendly, outgoing, social people that we can find to interact with our fans throughout the year," said Eric Edelstein, the Naturals' general manager.

There were hundreds of people who showed up looking to apply. Edelstein said the Naturals expect to have approximately 400 applicants this year.

"We really are just looking for energy and people who are excited to be here," Edelstein said.

The job fair was a streamlined, one-stop shop for both the Naturals and prospective employees. People filled out an application before waiting in line to have a face-to-face interview.

Not all applicants were looking for just a summer job. Some were thinking long term.

"I'm in love with baseball, hopefully I can be here longer, be in sports medicine," said Alex Portillo, 17. "Hopefully, it's a good start to a good career."

One of the questions the applicants were asked was would they be able to work in September. The Naturals play most of their season in the summer months but there are things to do in the late Spring and early Fall.

"I'm in school, I can't really do a ton, but summer I'm completely wide open," Jacob Burford said. "So, it's good for me."

For others, the idea of working for the Naturals was a seed planted years ago.

"I always saw the teenagers working here when I was like 12, 13 when it first opened, and I was like, 'Oh, that would be kind of cool to come out and try it out," said Laurie Wells, 16.

The Naturals are trying to fill part-time and game-day positions. Edelstein and his staff have 40 days to hire and then train their new workers.

Edelstein said applicants will find out in the next few weeks if they have made the cut. Edelstein said the Naturals expect to hire between 50 and 70 workers before the season begins April 4.