Gearing Up For 20th Annual Bikes, Blues and BBQ

FAYETTEVILLE, Ark. (KFSM) — Everyone is gearing up for the 20th annual Bikes, Blues and BBQ motorcycle rally in Northwest Arkansas. Next week (Sept. 25-28) Dick... 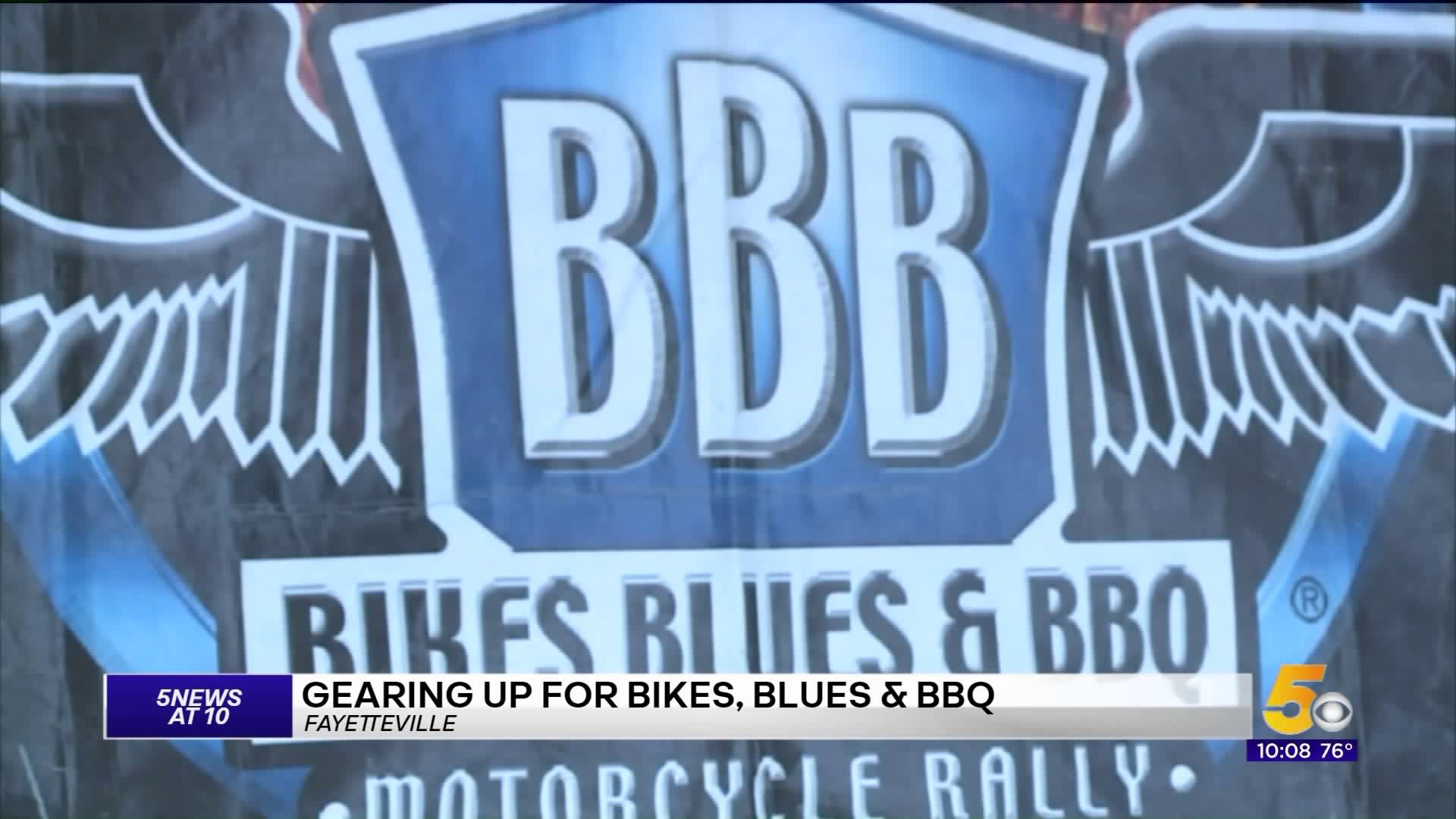 FAYETTEVILLE, Ark. (KFSM) — Everyone is gearing up for the 20th annual Bikes, Blues and BBQ motorcycle rally in Northwest Arkansas.

Next week (Sept. 25-28) Dickson Street will be alive with the sights and sounds of the annual motorcycle rally.

Whether it's your first rally or your 20th, coordinators say there is something for everyone.

Bikes Blues and BBQ brings around 300,000 people into Northwest Arkansas every year.

For University of Arkansas international student Abdullah Ibrahimzada, this is his first rally.

"I’ve heard a lot from my friend and I’m really looking forward to see what’s going on to see what crazy stuff is happening in the city it just sounds cool to me," Ibrahimzada said.

For event director Tommy Sisemore, this is not his first time around the block. He's been a part of the rally since 2004 and every year is like a reunion for him.

"Reconnecting with old friends in hearing where they come from and different traditions," Sisemore said.

Sisemore says aside from the usual music, food and vendors, for the 20th anniversary, people can expect a corn hole tournament, wrestling event and so much more.

"We will spend Monday and Tuesday getting everything hauled down and ready to build a small city," Sisemore said.

While many students leave town to go to the Razorback football game in Dallas, Ibrahimzada says he is sticking around to experience the special Arkansas tradition.

"It’s a great opportunity especially for a new student and international student to know more about customs and traditions of Americans and to get to know other people," Ibrahimzada said.

For people who know and love the rally that rumbles the area well into the night, like Sisemore, they are hoping the event stays around for years to come.

"For us, to sustain to the 20-year mark I think that shows we have some staying power and some brand there, hopefully, it will be around when my kids are growing up in this area," Sisemore said.

Sisemore wants to give everyone a heads up to expect some traffic in certain areas and to be mindful of a large number of bikes on the roads.

Along with large crowds, coordinators say this rally brings millions of dollar to the community in the week before and the week of the event.

Several streets connecting to W. Dickson Street will be closed to thru traffic for both motorcycles and cars. These streets are narrow and cannot accommodate turn-around traffic.

Additionally, access to Dickson Street from these roads will be blocked with a physical barricade. Only pedestrians and bicyclists will be able to enter and exit from the following roads: N. Church Avenue, N. Locust Avenue, N. Shipley Alley, Thompson Avenue, Rollston Avenue, and Campbell Avenue.

However, there are some restrictions. Parking regulations will be enforced for permitted on-street residential parking, surface lots that are managed but not owned by the city, and event parking.

The Fayetteville Police Department will address other parking issues such as handicap parking, blocking driveways and mailboxes, and parking on sidewalks.

No road closures are planned for the Baum Stadium area. The University of Arkansas Police Department will dictate those closures if needed.

The Parade of Power motorcycle parade begins at 3 p.m. on Saturday (Sept. 28). The route is from the UA Agriculture Park area – east on Drake, south on Gregg, east on Township, south on College, west on Dickson.

Police will be stationed at intersections to let motorcycles pass through in parade formation. Officers will leave intersections as the parade riders diminish and traffic lights will return to normal.