FAYETTEVILLE (KFSM) — The sheriff’s office has arrested a Fayetteville woman who helped her boyfriend escape from the county jail last month by posing as ... 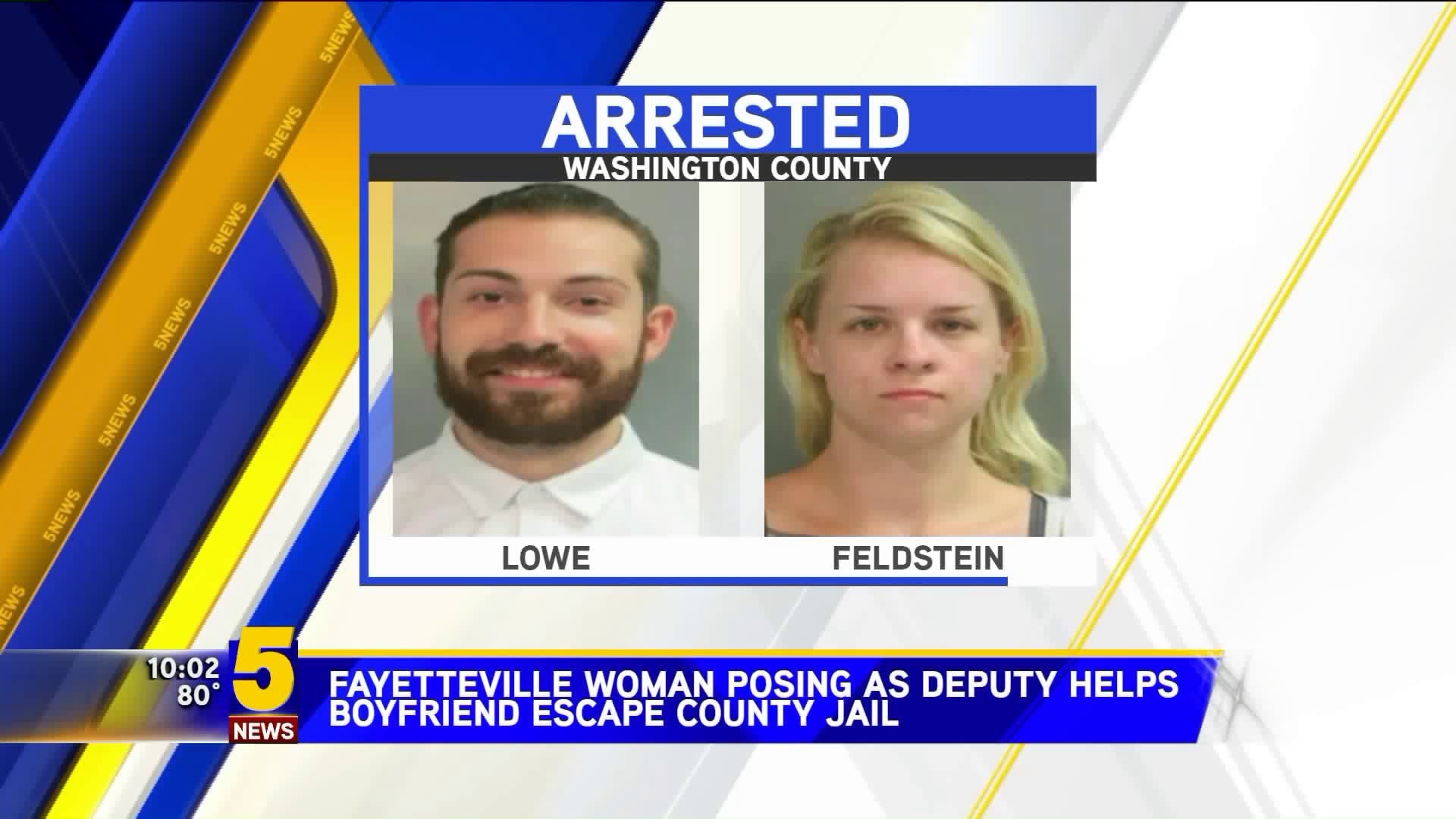 FAYETTEVILLE (KFSM) — The sheriff's office has arrested a Fayetteville woman who helped her boyfriend escape from the county jail last month by posing as a deputy from California.

Feldstein's boyfriend, Nicholas Lowe, was at the Washington County Detention Center on July 27 with a hold for criminal impersonation out of Ventura, Calif., according to a probable cause affidavit.

Feldstein, who had bonded out earlier that day, called Washington County jail staff and identified herself as deputy "L. Kershaw" with the Ventura County Sheriff's Office. She also provided a forged VCSO document releasing the agency's hold on Lowe.

The sheriff's office discovered through jail video that Lowe told Feldstein to pose as a VCSO deputy while she visited him, according to the affidavit.

Lowe said Feldstein should tell Washington County that VCSO was "having issues with overcrowding and all low-priority extraditions have been suspended," according to the affidavit.

Washington County later confirmed the VCSO document Feldstein used was fake, and that VCSO didn't have a deputy named "L. Kershaw," according to the affidavit.

Lowe was also arrested Friday and faces a felony charge of second-degree escape.

A spokeswoman for the sheriff's office said the agency is "still evaluating to determine the best corrective action needed to ensure this doesn't happen again."

"There is a procedure to ensure requests are legitimate, and that hasn't changed," she said.

Feldstein and Lowe were being held Tuesday (Aug. 21) at the Washington County Detention Center on bonds of $16,500 and $15,000, respectively.

The pair has hearings set for Sept. 5 in Washington County Circuit Court.

In a previous draft of this story, we reported Nicholas Lowe's name was Andrew.