The Fayetteville School Board launched its search Thursday to replace Supt. Vicki Thomas, who suddenly announced her resignation last week. The School Board met... 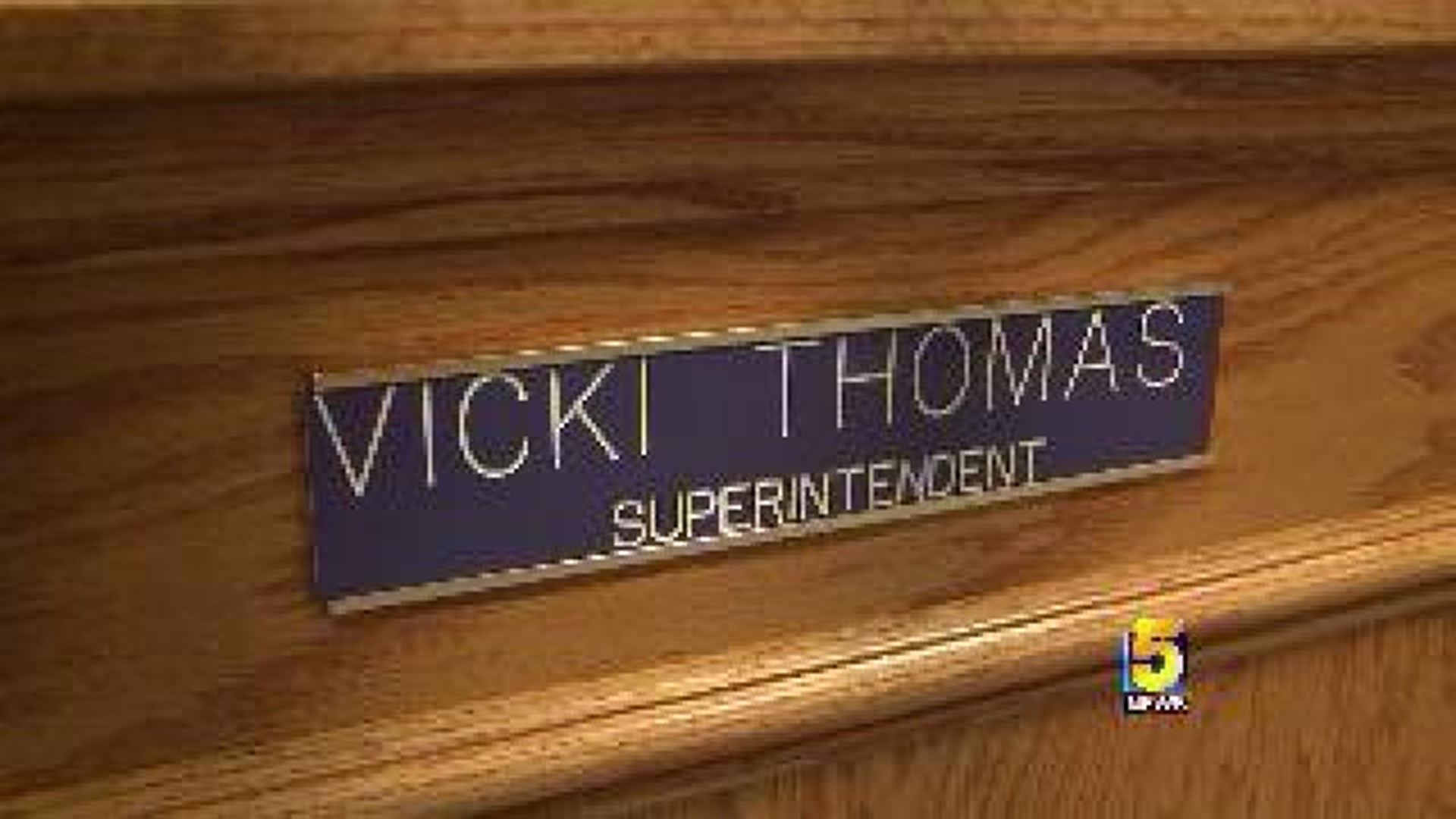 The Fayetteville School Board launched its search Thursday to replace Supt. Vicki Thomas, who suddenly announced her resignation last week.

The School Board met and discussed for the first time who will replace Thomas. It is the beginning of a long process that will have to be done by this summer, when Thomas' resignation will be effective, board members said.

“We have a good sense of who we are looking for. There aren’t a million superintendent candidates out there,” said Tim Hudson, the board's president. “We are hoping to find someone with an understanding of Arkansas because each state handles its education differently so hopefully we will be able to generate some interest and find a top notch person within the state .”

Thomas served as Fayetteville’s superintendent for five years. Thomas announced her resignation Jan. 13. She is leaving for Texas to take care of an ailing elderly family member, she said.

During the tail end of Thomas’ time as superintendent, she dealt with two controversial issues, one being the arrest of former Fayetteville athletic director Barry Gebhart. Gebhart was arrested in November of last year during an underage sex sting, after which he resigned.

Thomas also saw backlash from parents over the announcement that the school district would have make-up days on Saturdays and holidays, due to December’s ice and snow storms that suspended classes.

The School Board is still deciding whether to use a national firm to help board members select a candidate. Board members said the next step in the search will be a workshop session with the public as no final decision was made Thursday night.

"This is the first step. It's only been a week and a half since we were informed she was resigning, so we are ready to get going," Hudson said.

Thomas made $207,000 dollars per year. It's unknown how much money the new superintendent will be paid annually.