FAYETTEVILLE (KFSM)– The Prelude Breakfast Bar in Fayetteville recently announced that customers will have the opportunity to pay for their meal with a cr... 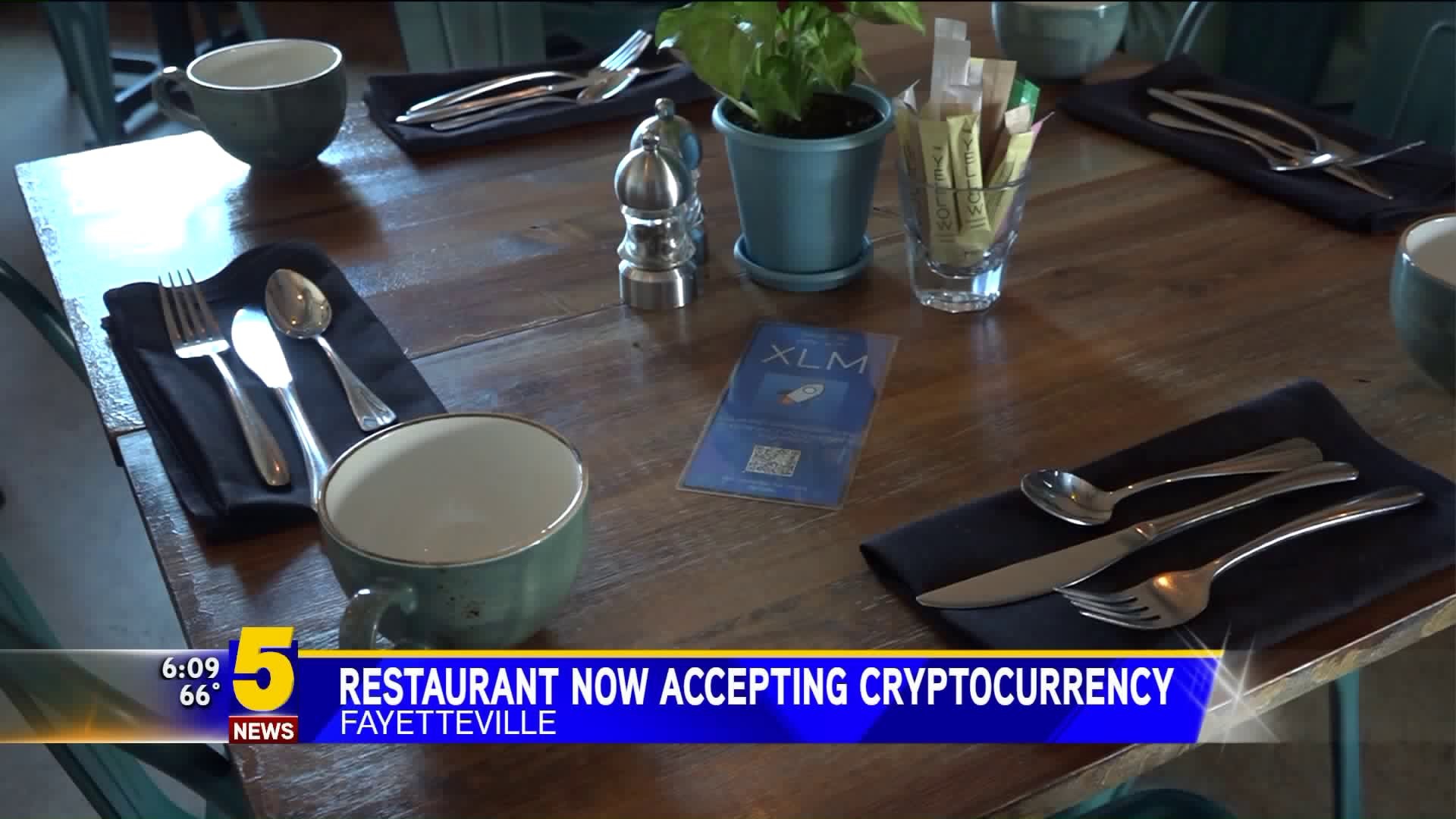 FAYETTEVILLE (KFSM)-- The Prelude Breakfast Bar in Fayetteville recently announced that customers will have the opportunity to pay for their meal with a cryptocurrency.

A cryptocurrency, such as Bitcoin, is an online currency that people can purchase and sell on the Internet.

Ben Parker, a co-owner of the Prelude Breakfast Bar, said he saw a boom in the currency back in December and started to look into it.

He eventually landed on accepting the cryptocurrency Stellar Lumens due to its fast transaction time and stability.

The restaurant implemented the change on Tuesday (Jan. 30) and since then Parker said they have had a large amount of phone calls.

Parker never imagined that the announcement would generate so much curiosity from the public.

All customers have to do if they want to pay for their meal with Stellar Lumens is scan a QR Code at the restaurant to get the process started.

“But then the guests have to fill in the amount that they are going to put in and the check number and various ways for us to track it, which is a little overwhelming for most people," Parker said. "We’re working with a couple of developers to try and create an app that will make it all streamlined. All you do is take a picture and it sends everything for you.”

Brad Cardwell, a Prelude customer, said he was excited to see a local business accept cryptocurrency.

“I think it’s great," Cardwell said. "I mean anytime… I did some research into some cryptocurrency and it seems legit so if a restaurant wants to accept that then I think it’s within that business owner’s right to do so.”

Cardwell said he could see himself making a purchase with the online currency sometime in the future.

Not everyone in the restaurant was as accepting.

Josh Brinker agreed with Cardwell that he liked to see this step into the future.

Where Brinker differs from Cardwell though is that he is not as comfortable with cryptocurrency in its current state.

“I have to be able to use it everywhere and I’m not going to buy into this one currency that I’m going to use a few times when I go to one specific restaurant," Brinker said. "I think maybe someone out there would do that for the novelty of it.”

If there were some changes to cryptocurrency, Brinker said he could see himself giving it a shot but until then, he plans to use old fashioned paper money.

Even though Prelude only accepts the one type of cryptocurrency, Parker said they could possibly look into allowing other types of currency that transfer quickly.