ROGERS, Ark. (KFSM) — Big developments are in the works in uptown Rogers, but these will cause some growing pains over the next few months. Starting Monda... 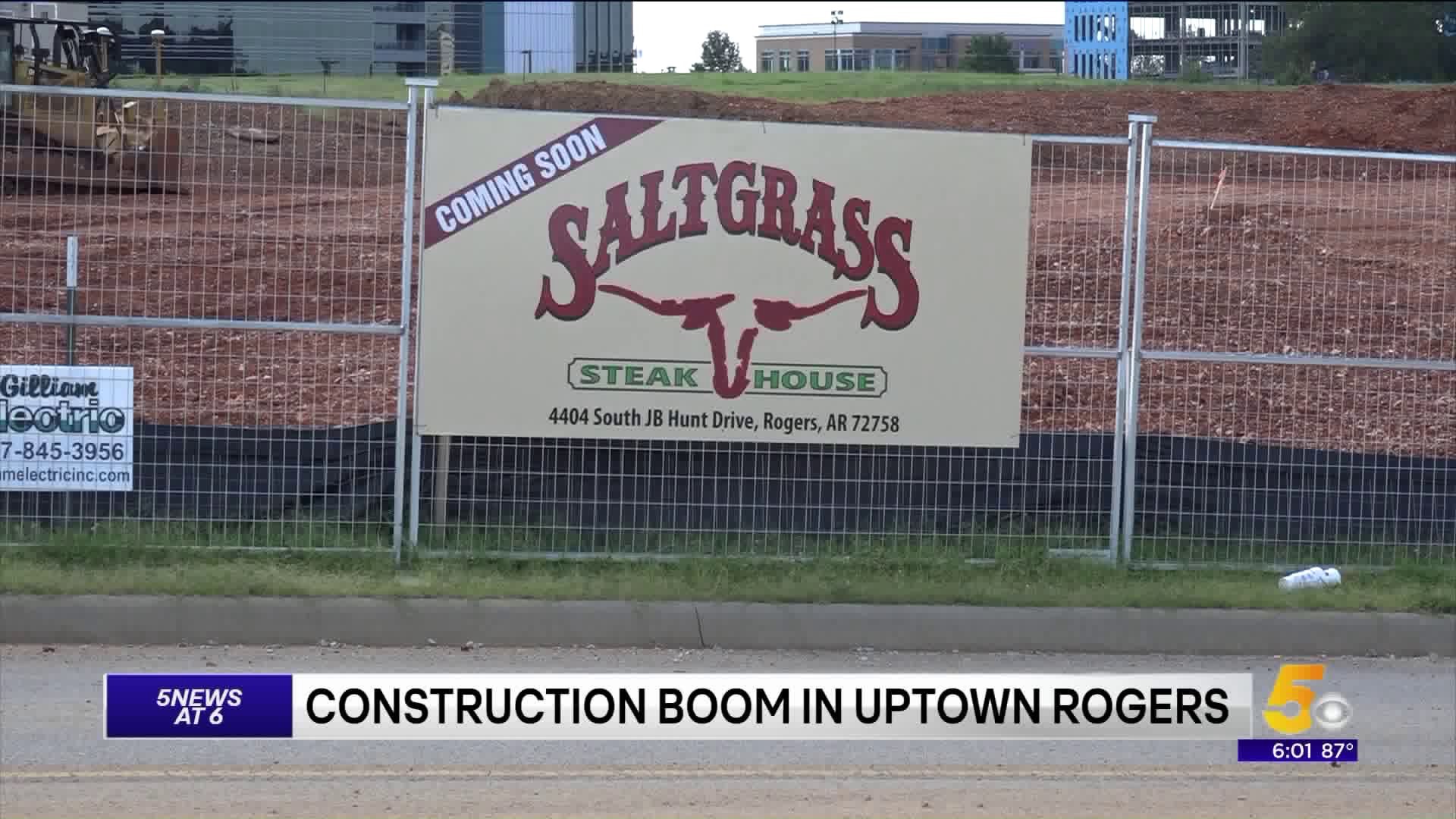 ROGERS, Ark. (KFSM) -- Big developments are in the works in uptown Rogers, but these will cause some growing pains over the next few months. Starting Monday (July 22) one lane on J.B. Hunt Drive will close for two and a half months, but it’s not a full closure.

“The developer right there along J.B. Hunt drive is working and they are putting in large structures that have a lot of prefabricated elements to it, so there are bringing it in on large trucks, so they are going to have intermittent closures for that lane,” Ben Cline said.

City of Rogers Public Relations Manager Ben Cline said these closures will only be during weekday business hours and not during any shows at the Walmart AMP.  The project that’s causing the closures is a new office and retail tower along with a parking structure.

“I think it’s probably the biggest area for commercial development in all of Arkansas. There are just so many projects, hundreds of millions of dollars’ worth go development in that area that’s concentrated,” Paul Gatling said.

Editor of the NWA Business Journal, Paul Gatling said there are a lot of things under construction including a new Arvest Bank building, several new restaurants and the much anticipated Top Golf.

“That is a major quality of life amenity that’s going to draw people kind of like the AMP draws people. It’s not just something for golfers, it’s kind of really a nightclub that just happens to feature golf. You’ll have meetings there; you’ll have sports watch parties,” he said.

There is no word when Top Golf will actually open, but we do know it's scheduled to open sometime in 2020.