MULDROW (KFSM) — Christian Mayberry, his mom and two philanthropists close to the family are going on a special road trip. Christian will be sharing his s... 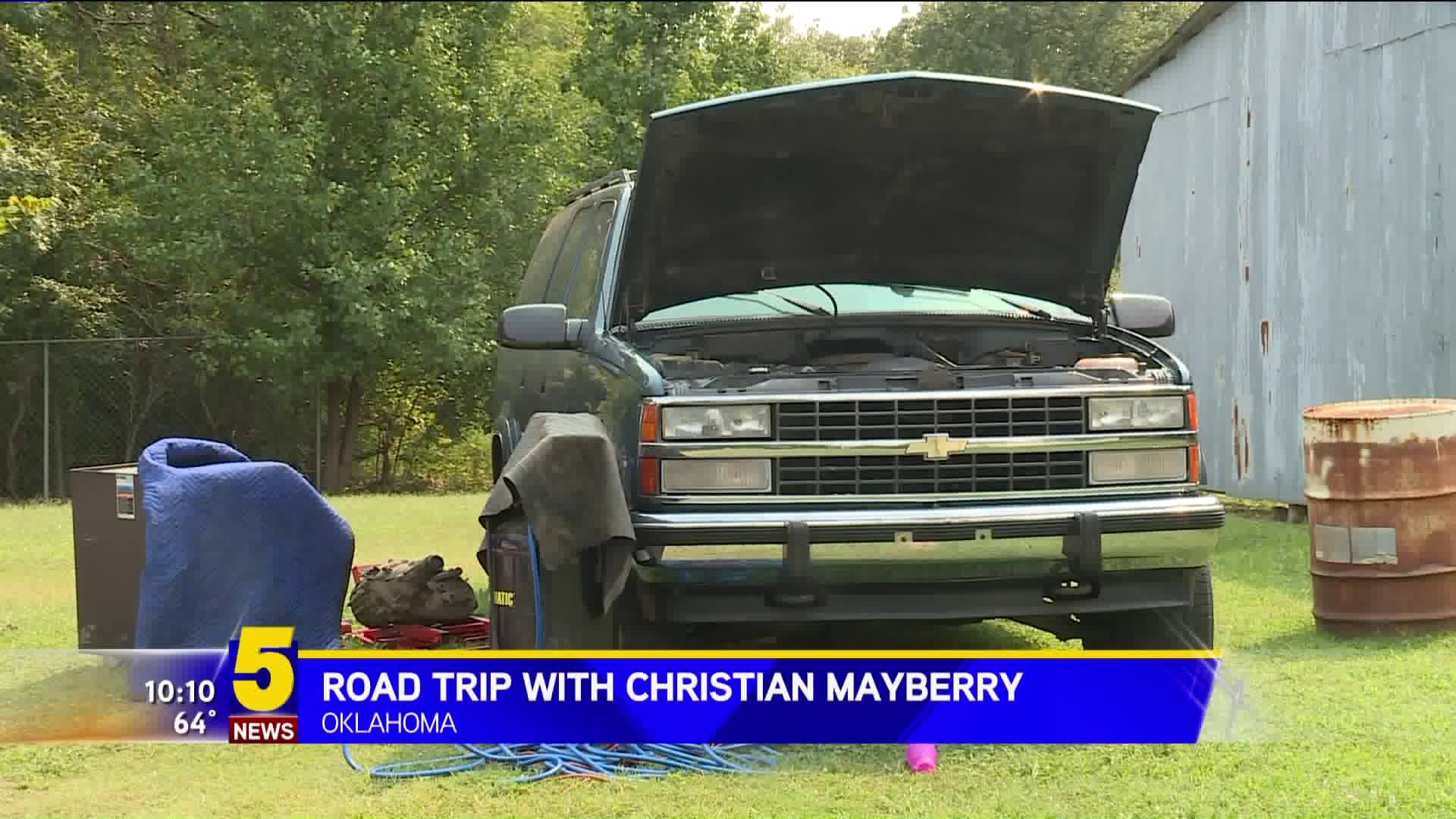 MULDROW (KFSM) -- Christian Mayberry, his mom and two philanthropists close to the family are going on a special road trip.

Christian will be sharing his story at churches across the state of Oklahoma for the next three weeks.

Christian suffers from a traumatic brain injury after a tragic ATV crash almost killed him in September of 2013, so his goal is to raise awareness about the dangers of ATV's. He will also tour the capital building and go to the hospital where he stayed after the crash.

"I just can't wait to get on the road again," Christian said. "I'm a terrible singer, oh it's true."

Some of the first things you'll notice about Christian are his smile and sense of humor.

"Life is tough, so tough, but love is stronger," he said.

"I like to pray for the people who did this to me," he said. "Of course, it is a terrible thing that has happened."

He also likes to share his testimony, the more people in the room the better.

"He is a people person and he loves meeting and talking to people," Kim Mayberry said.

Jared Allen and Geanie Folder are coming along for the ride. Folder raised the money to make the trip possible, and Allen is making a documentary about Christian's life.

"I took a trip down to meet Kim and Christian when Christian was doing rehabilitation," Allen said. "Met with the family and just kind of fell in love with their story and who they were as people."

Despite Kim's SUV transmission going out after picking the two up from the airport Friday night, they will be in Oklahoma City by Wednesday morning.

"We all just sat on the side of the road and laughed about it and knew that our back was gonna be covered and sure enough, amazingly there it sits out there and is gonna be ready to ride tonight," Folder said.

Christian's father is currently in hospice, so the family said that is the hardest part about leaving town for so long.