Arkansas Woman To Be Freed After Over 22 Years In Prison

LITTLE ROCK, Ark. (AP) — An Arkansas woman who was convicted of bludgeoning her husband to death must be released after serving nearly 23 years in prison due to... 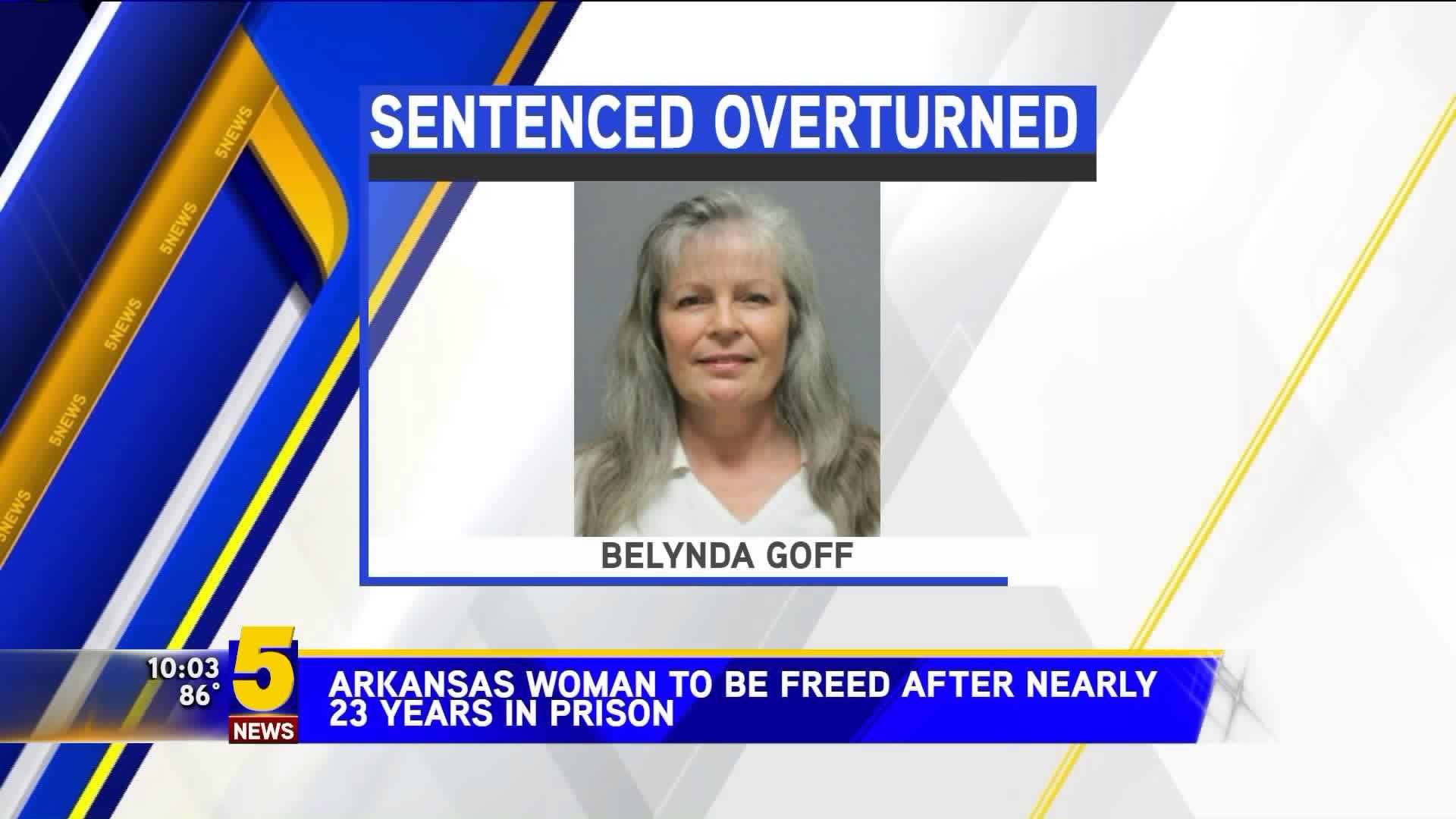 LITTLE ROCK, Ark. (AP) — An Arkansas woman who was convicted of bludgeoning her husband to death must be released after serving nearly 23 years in prison due to a lack of evidence, a judge ruled.

Carroll County Circuit Judge Scott Jackson said Wednesday that if Belynda Goff were to be tried today in the 1994 killing of Stephen Goff, she would be acquitted, the Arkansas Democrat-Gazette reported.

"This court has considered the DNA test results with all other evidence in the case, including the joint stipulations of the parties," Jackson wrote in his ruling.

"No trace of blood was found on hammers recovered from an appliance box in the Goff apartment," Jackson continued. "At trial, neither the state nor any of its witnesses positively identified any admitted evidence or other item as the murder weapon."

"Mr. Lindley testified under oath that a few days before his death, Mr. Goff called Mr. Lindley distraught and in fear for his life because he owed a large sum of money related to this arson-for-hire scheme," Jackson wrote.

A neighbor also said they saw two men with a baseball bat in front of the Goffs' apartment the night before Stephen Goff died. Another neighbor heard bangs on the Goff's door.

The neighbors and Lindley didn't testify in Belynda Goff's trial.

Jackson sentenced Goff to the 23 years and nine months she has already served, plus 10 years suspended. She is to have no contact with Stephen Goff's family and commit no "jailable offenses."

Paperwork permitting her release should be complete this week.