A Winter Weather Advisory is in effect for Northwest Arkansas and eastern Oklahoma through the morning and into the early afternoon. This means that travel coul...

A Winter Weather Advisory is in effect for Northwest Arkansas and eastern Oklahoma through the morning and into the early afternoon. This means that travel could be difficult in those areas due to winter weather (sleet, freezing rain, snow). 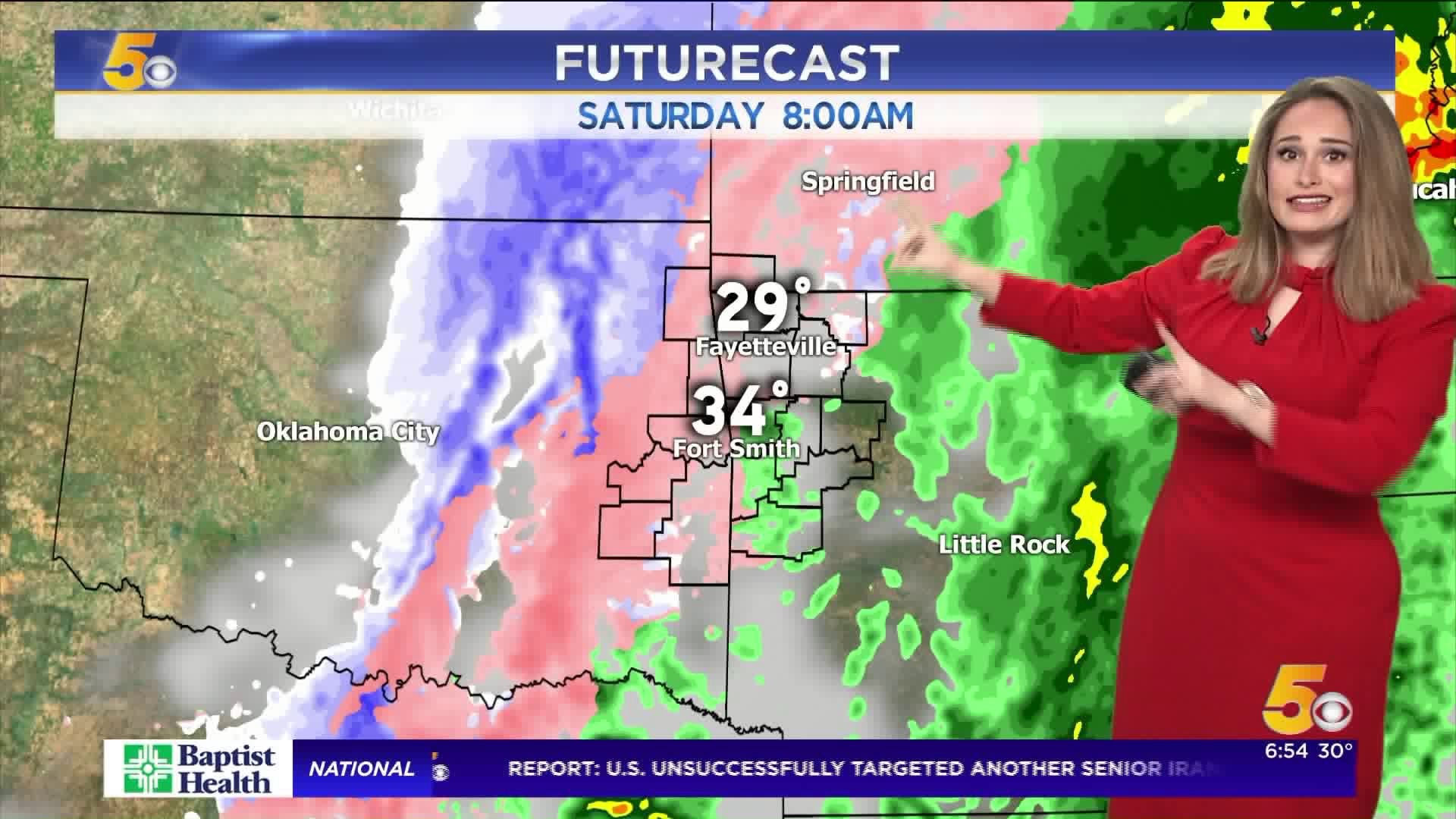 As of 8AM, the highest accumulations will be near Tulsa. However, we could see anything from a trace up to 2" in some areas. There is better chance for snow the further north you live.

8-9am: low clouds that could spit out a few flakes or some freezing drizzle.

9-10am: freezing drizzle and sleet move closer; snow gets closer to stateline

10-12pm: wintry mix and a moderate snow band pushes through with minor accumulations

Accumulations depend on what the temperature is. Overall, the ground is fairly warm, so most accumulations will be on elevated or untreated surfaces. Temperatures in NW Arkansas drop into the 20s quickly, allowing for the potential for snow to stick.

Temperatures in the River Valley hover around or above freezing for most of the day, so any accumulations will be near a trace.

By early afternoon, most of the system has shifted to the east. Clouds stay around for some of the day, but sunnier and warmer weather is in store for Sunday.