“We as human beings, we are really quick to discredit water for the amount of destruction it can cause quickly." 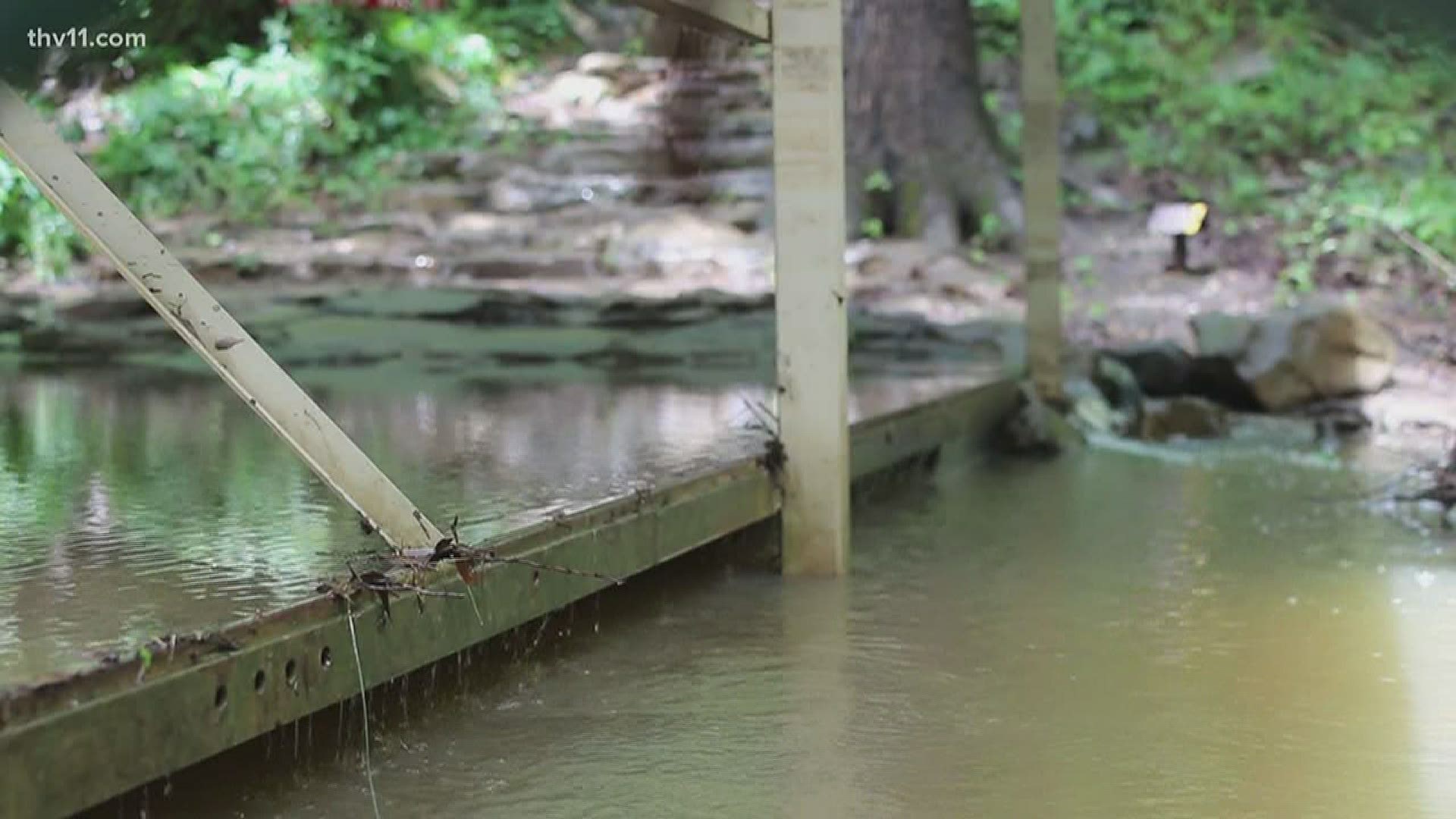 “The ground has been saturated because we had so much rain over the past few days," Arkansas State Parks spokesperson Meg Matthews said. "That water now has receded, so the park is open.”

Park officials said the amount of water on the ground is what they typically see after heavy rainfall.

They worked all day to keep the newly opened parks accessible by morning.

“We’ve already started to go out and pick up the debris today and that will continue until it is all gone. So, we have everybody on the job,” Matthews said.

Guests may have to walk through a little bit of water, but that hasn’t stopped people from getting out and enjoying the trails today.

“I am never surprised to see people at Pinnacle. This is such a popular park. When people think of going outside, they think of Pinnacle,” Matthews said.

In Garland County, the sheriff’s office warned people about lots of debris in Lake Hamilton.

Facebook photos posted by the sheriff’s office show lots of tree limbs and other things floating in the water.

RELATED: Limited time left to pick your own strawberries at Arkansas farm

“We as human beings, we are really quick to discredit water for the amount of destruction it can cause quickly. And flash flooding, it’s just going to come out of nowhere,” Melody Daniel said.

The storms are a reminder to keep storm drains clear and pay attention to local weather alerts.

“So, you can see the water running and whatnot through here. But, a lot of people don’t think to keep these parts of their-where you see the grass is growing there,” Daniel said.