Hold on! It’ll be a windy Wednesday with southerly gusts up to 25 MPH. Highs will reach the 60s this afternoon. We’re starting off with clear skies ...

Hold on! It’ll be a windy Wednesday with southerly gusts up to 25 MPH. Highs will reach the 60s this afternoon. We’re starting off with clear skies but later in the day, clouds are expected to increase but we should remain dry. Showers arrive Thursday with strong thunderstorms likely on Friday. We’ll break it all down below, including the chance for some wintry weather on Saturday. 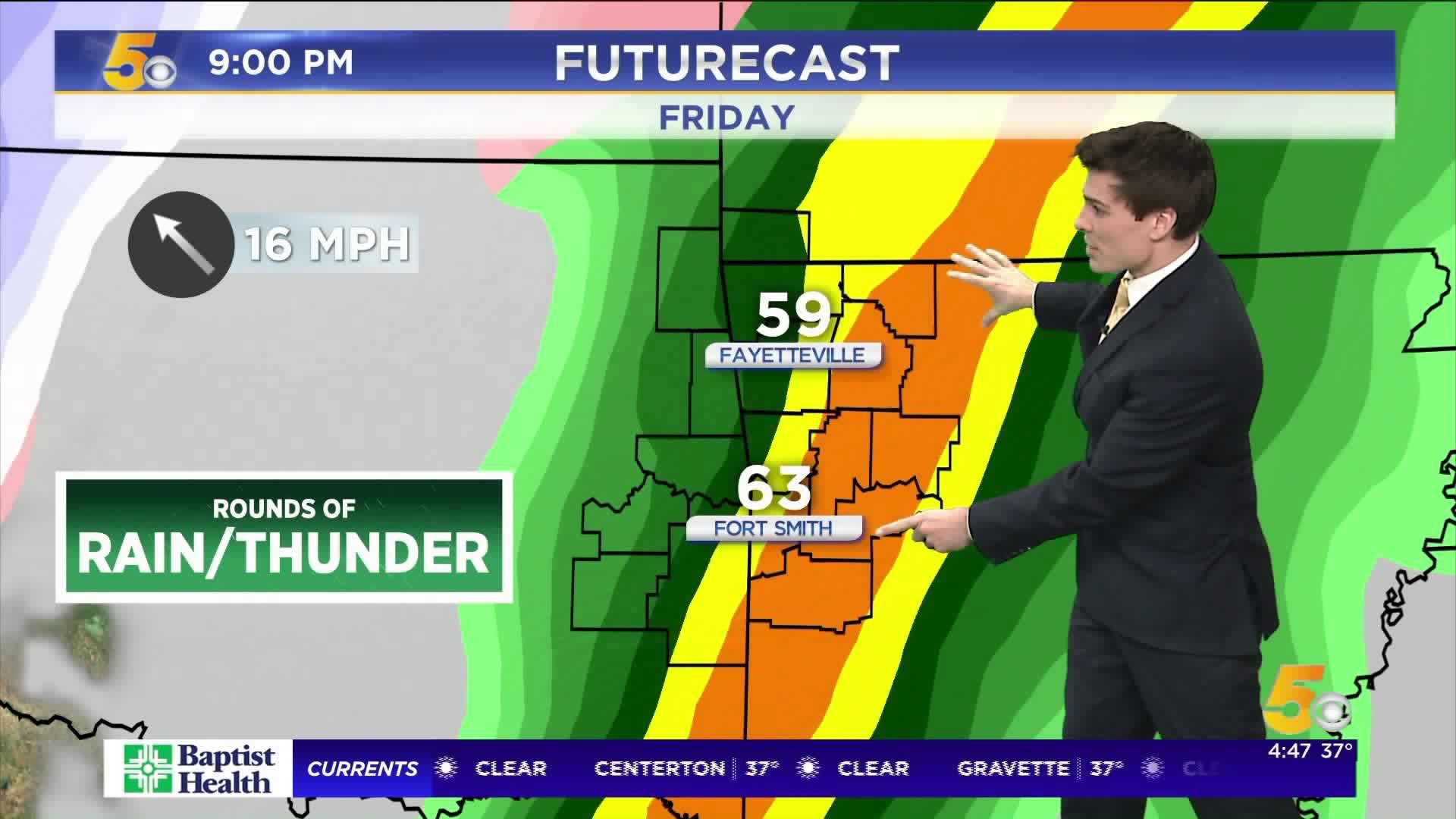 Highs will breach the 60-degree mark as southerly winds crank up during the afternoon. There will be a fire threat, especially in eastern Oklahoma.

We'll have mostly cloudy conditions on Thursday with spotty showers likely, especially in the afternoon/evening. Highs should get near 60 degrees.

A cold front will approach late in the day with strong-to-severe storms likely Friday from 6-10PM. Gusty winds are the main threat with a few small tornadoes possible.

Expected Threats:  Strong, gusty winds are likely as a line of storms marches through. There could be an isolated rain-wrapped tornado on the leading edge.

Low clouds will settle in over western Arkansas and eastern Oklahoma. Some sleet and snow showers are possible in the late morning and early afternoon hours. It at least will be chilly, windy, and cloudy for everyone.