A look at the climatology of tornadoes in Arkansas and when you can expect to see the strongest storms during the Spring season. 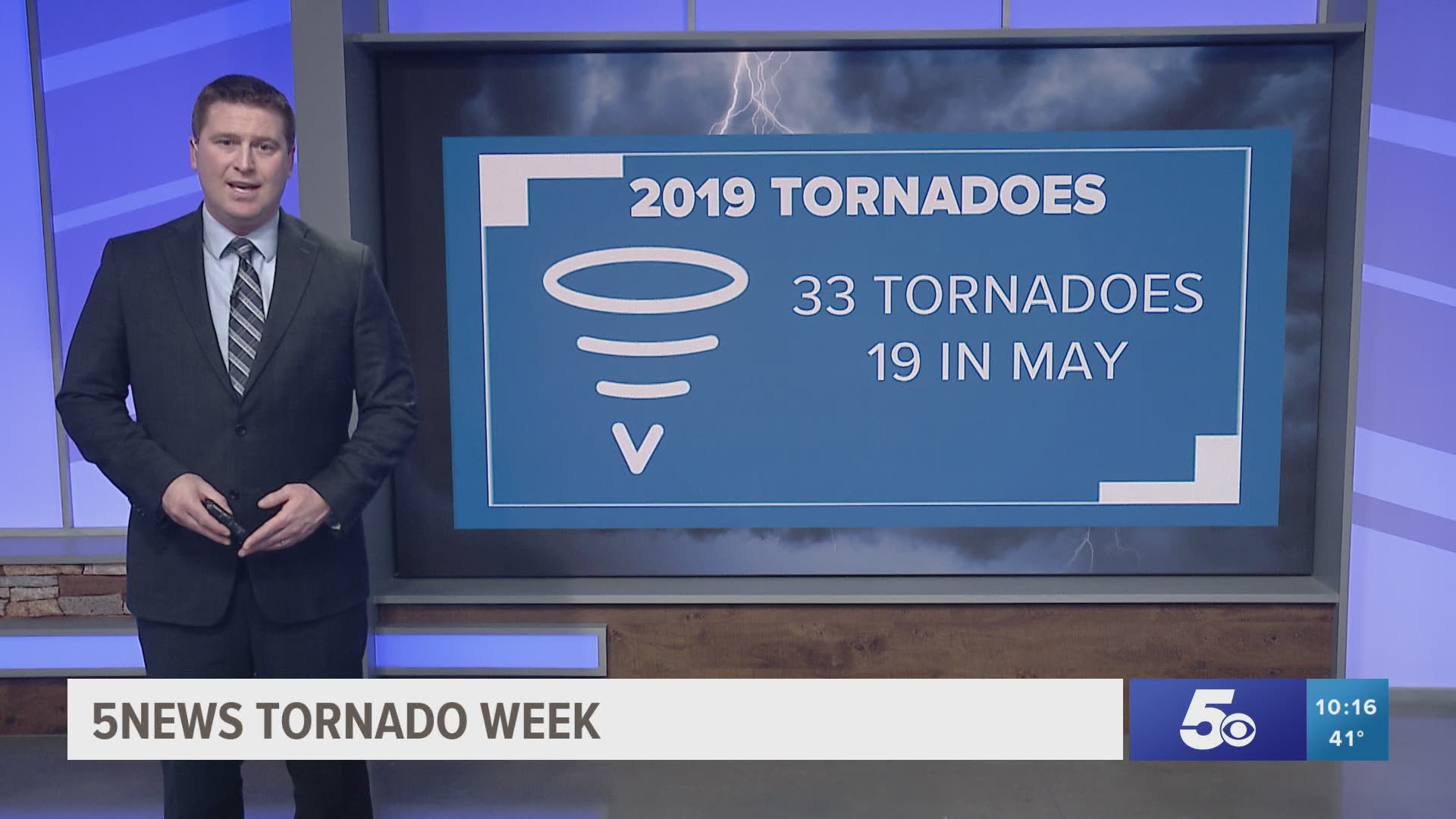 Severe weather season in Arkansas runs from March thru June with the highest numbers of reports in April.

Last year, in Arkansas there were 33 tornadoes while as a whole 1,676 tornadoes were reported across the country. For 2019 in May, 19 tornadoes were evaluated by the National Weather Service.The highest ranking was EF2 in Arkansas. Only 2% of tornadoes reach EF4 or EF5 intensity. The only known EF(F)5 in Arkansas happened on April 10th 1929 in NE Arkansas. Locally, the March 26th, 1976 tornado in Spiro, Oklahoma would have been rated an EF5.

The peak time for tornado reports is 6pm to 9pm. Many of our tornadoes occur in the nighttime hours.