On April 21st, 1996 a supercell thunderstorm moved across Eastern Oklahoma and into the Fort Smith & Van Buren area. The tornado was rated an F3 on the Fuji...

On April 21st, 1996 a supercell thunderstorm moved across Eastern Oklahoma and into the Fort Smith & Van Buren area. The tornado was rated an F3 on the Fujita Scale and winds were estimated to be approaching 200mph with the tornado 1/2 mile wide. The tornado struck Fort Smith at 11:12pm damaging or destroying 1,800 homes with 2 fatalities in Fort Smith and later 2 more fatalities 50 miles north as the supercell spawned another tornado in Madison County.

A Tornado Warning was issued 4 minutes before the storm hit Fort Smith but the message was never received by Emergency Managers due to downed power lines. At the time, the storm was being tracked with NWS Doppler Radar in Tulsa, there was no Doppler radar in Fort Smith. The beam height would have been approximately 7,200ft above the surface and unable to see low level wind velocity. Legislature influence eventually led to the installation of another NWS Doppler Radar in South Fort Smith so winds closer to the surface could be assessed.

The following video segments were produced by KFSM and distributed on VHS in the days after the storm. I wasn’t able to encode the entire file but instead broke the video up into 7 individual segments listed below. 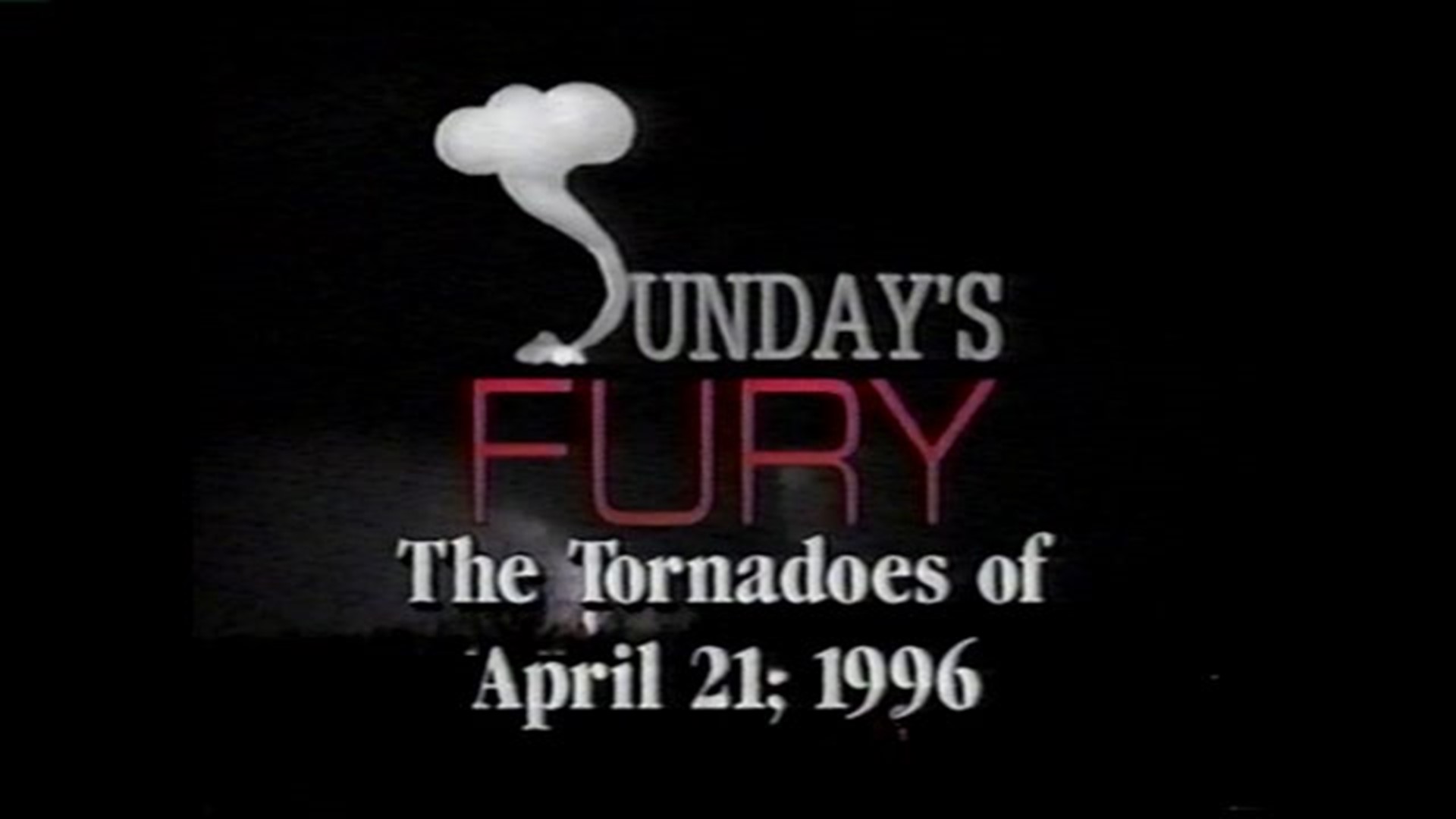 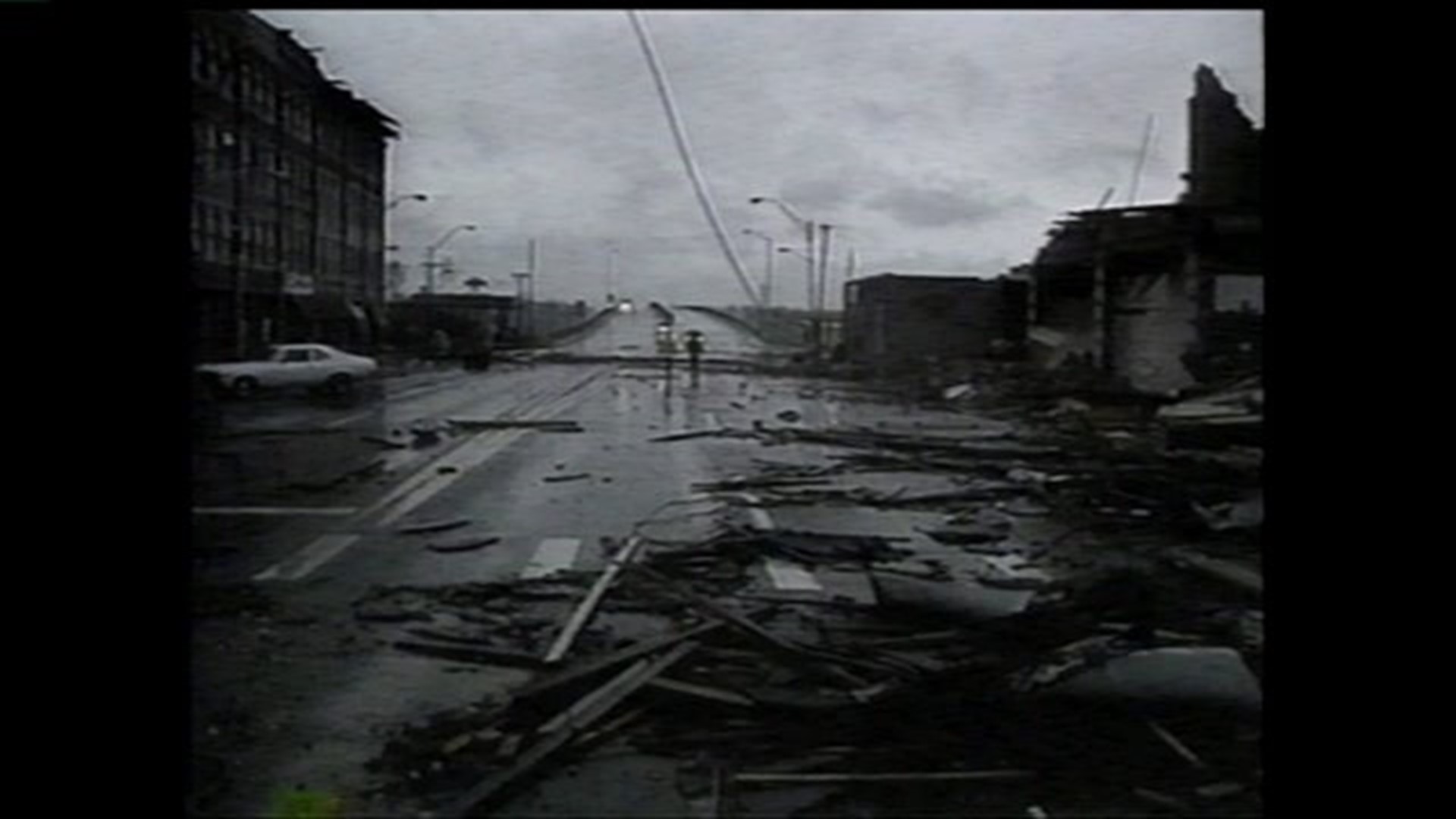 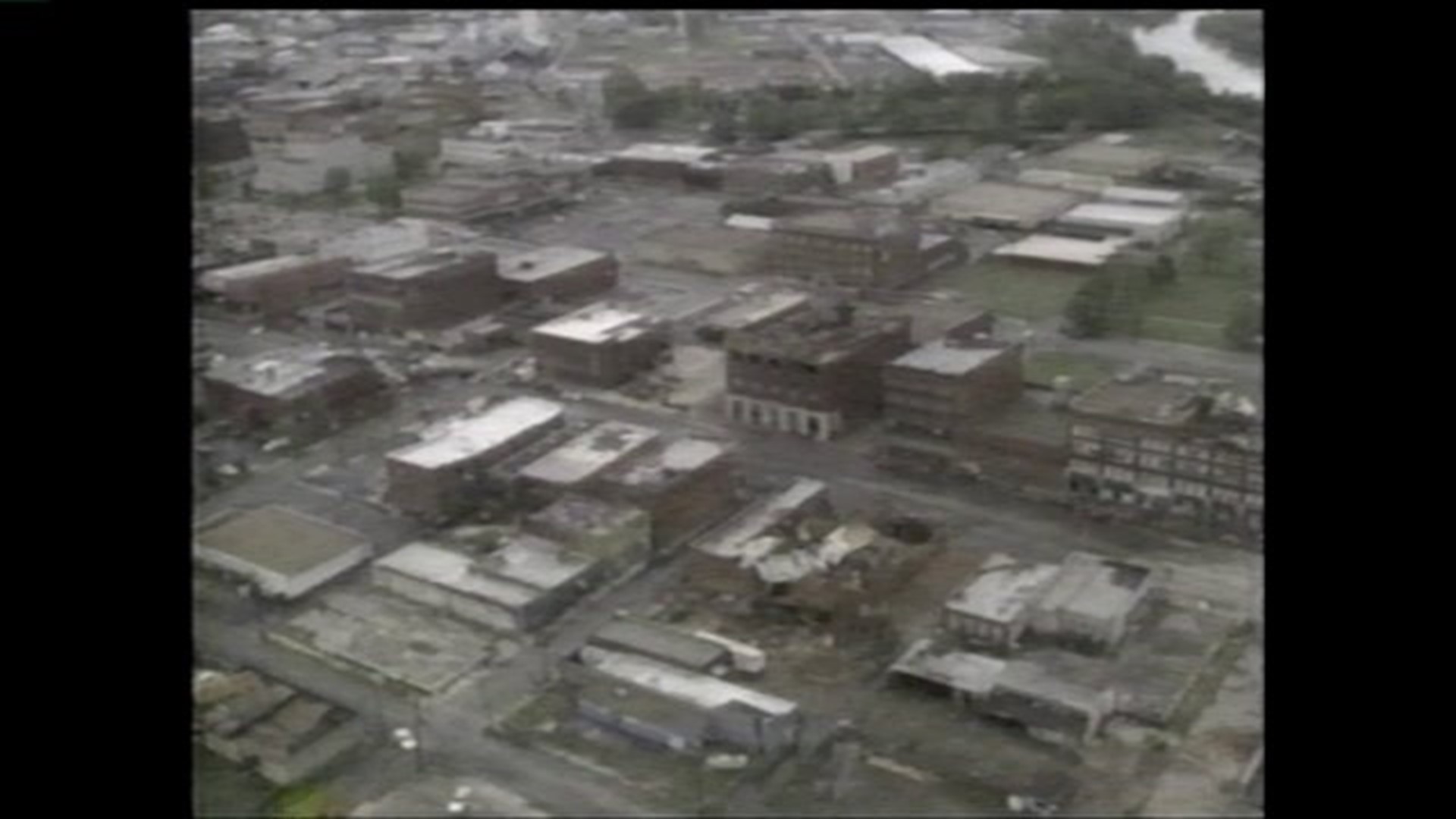 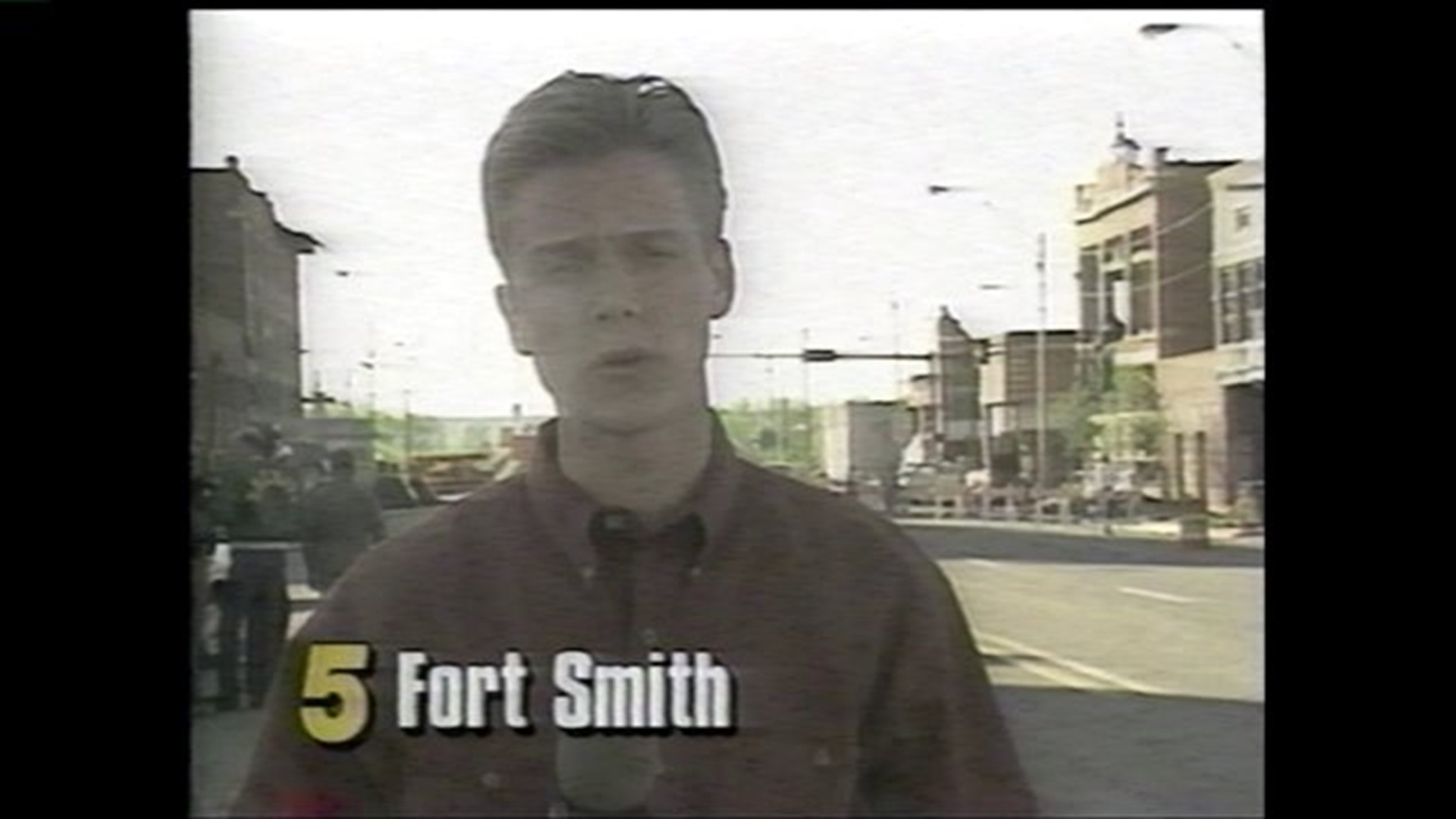 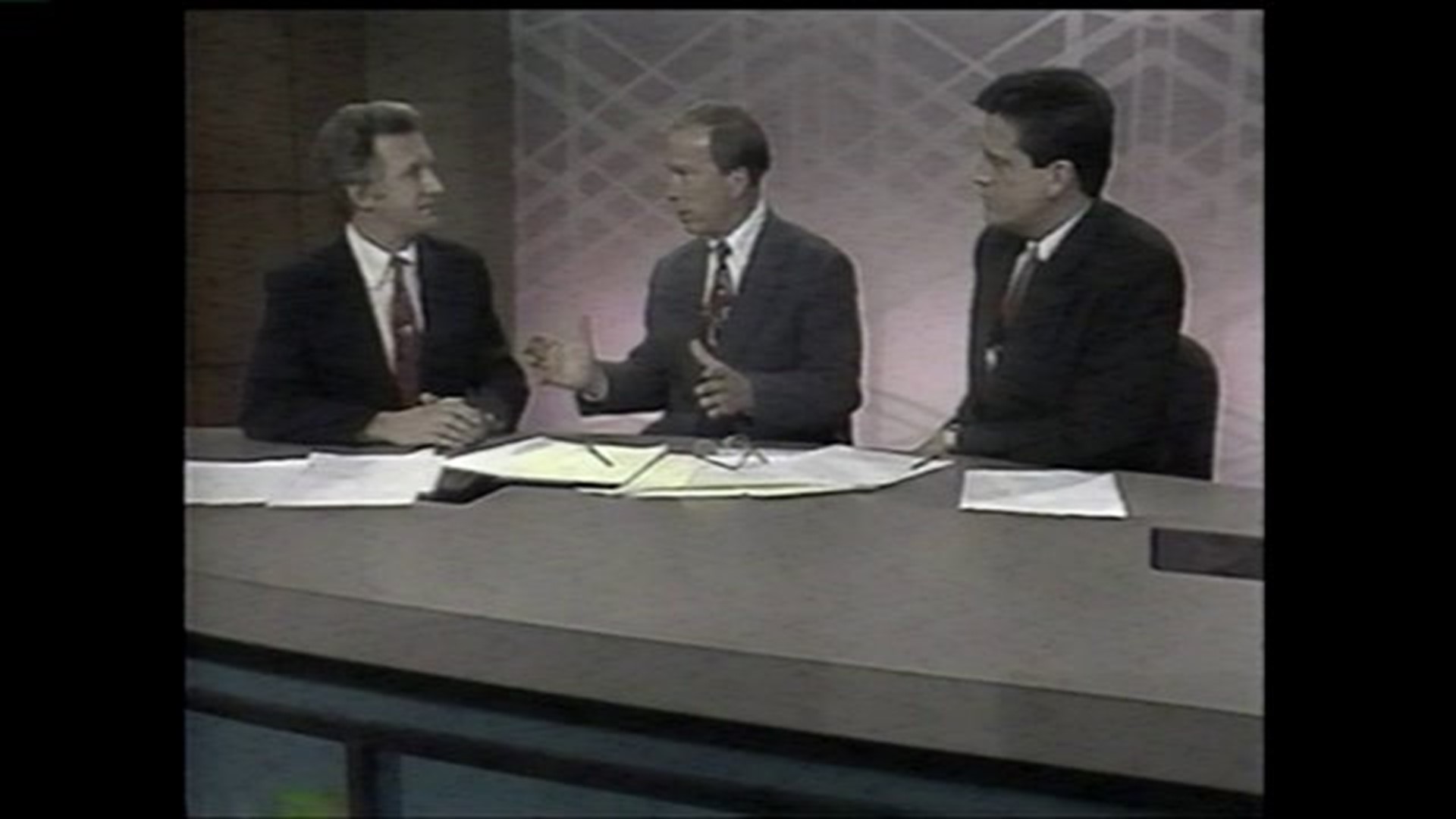 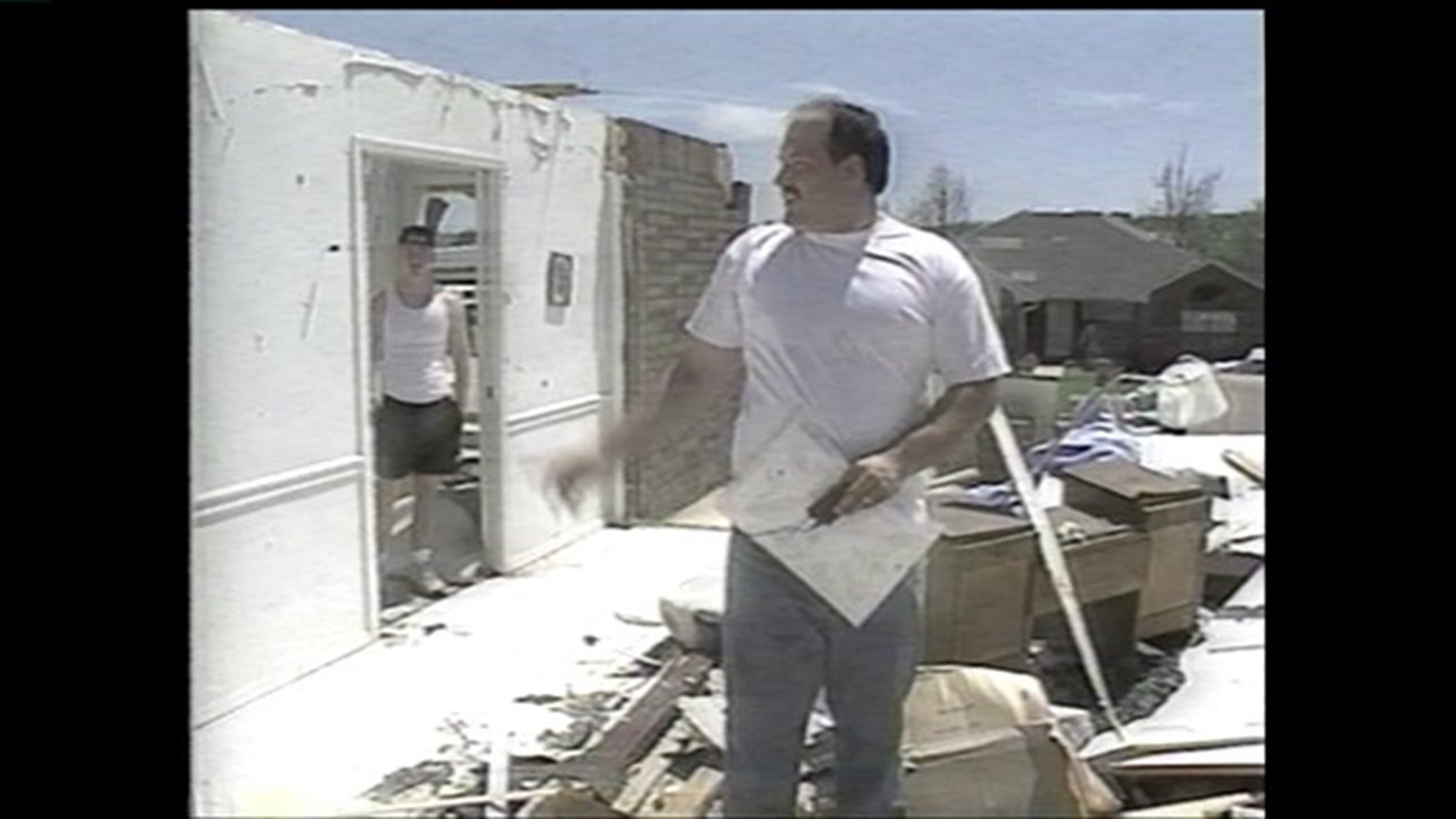 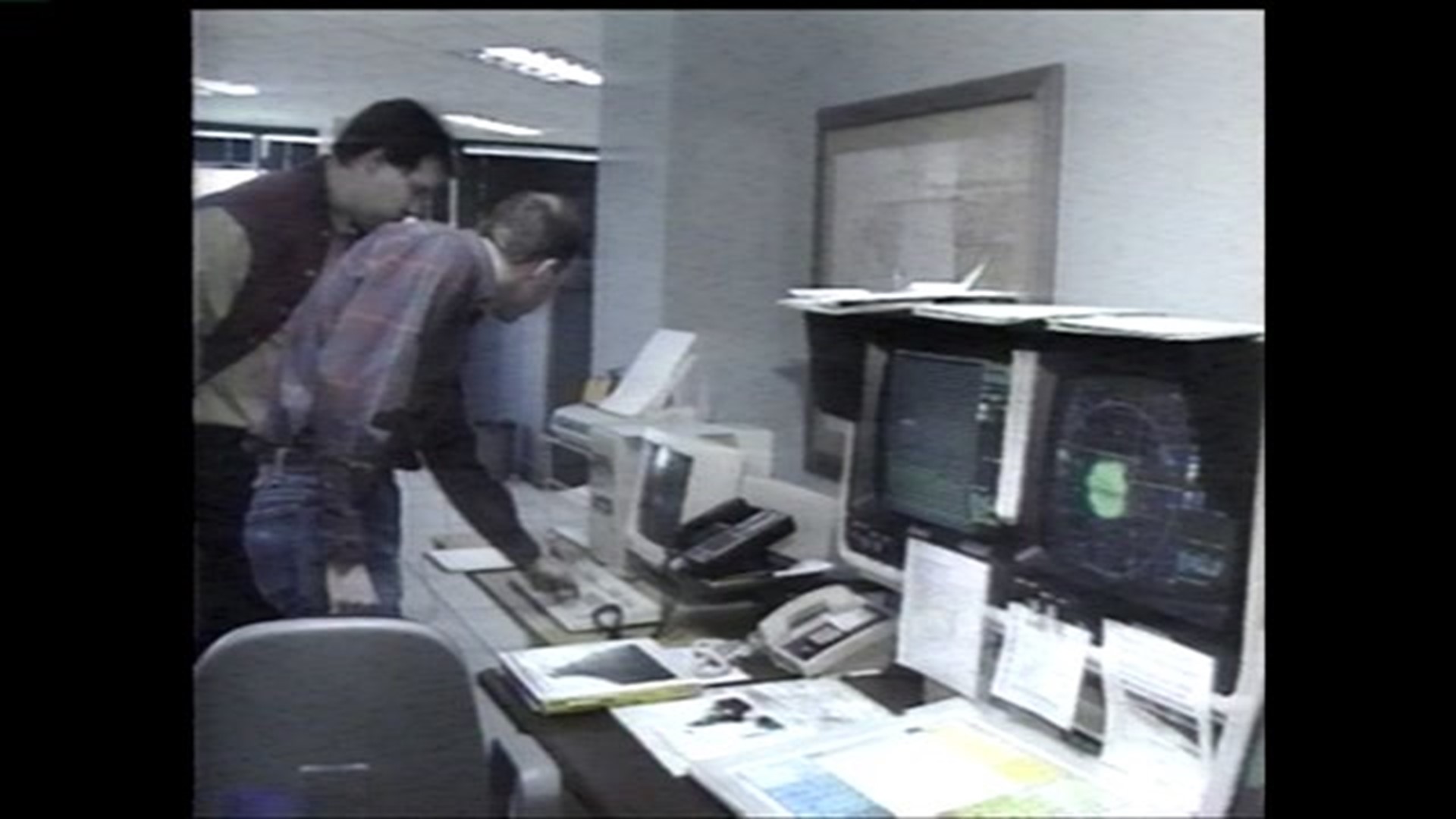