Storms return to the forecast overnight into Wednesday morning. A complex of thunderstorms will be developing in central Kansas, diving south and east towards A...

Storms return to the forecast overnight into Wednesday morning. A complex of thunderstorms will be developing in central Kansas, diving south and east towards Arkansas and eastern Oklahoma throughout the overnight hours. Some could be severe, even as they weaken upon their approach to the Natural State. 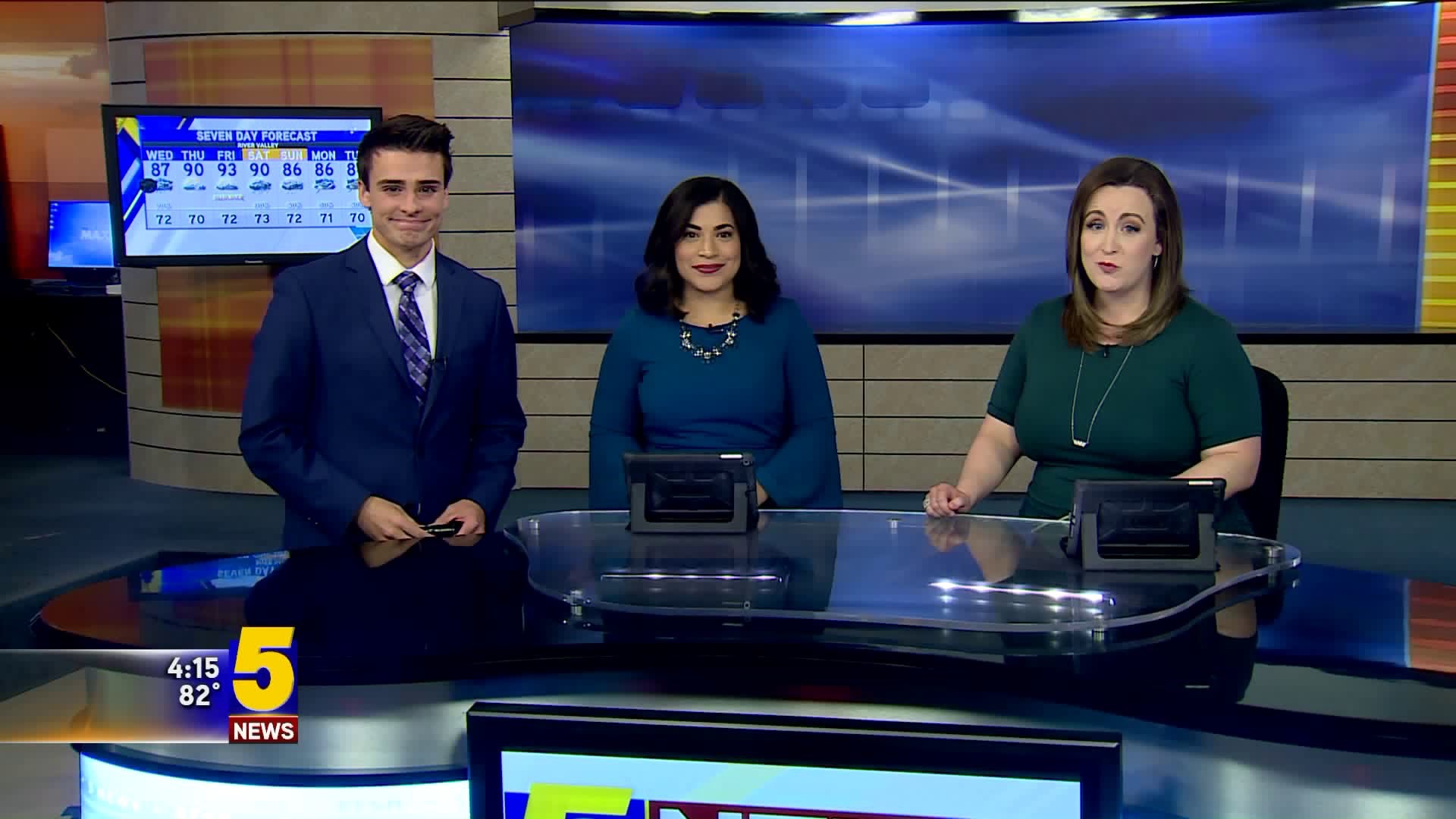 Specific timing is still a big question.  These complex of storms (called an MCS - Mesoscale Convective Complex) create their own environment as they grow in size. Sometimes they can speed up or slow down. Tonight's MCS will move southeastward in the early morning hours, impacting Northwest Arkansas and eastern Oklahoma first, then spreading eastward into the River Valley.

Most likely the storms will be stronger the farther north and west you live.

A round of pop-up thunderstorms could fire later by Wednesday afternoon, as surface boundaries develop after morning storms.  The majority of these will likely impact the eastern River Valley, and even more so towards Little Rock.

With a line of storms sagging south and east, feeding on the warm, moist southerly breeze tonight, the biggest threat will be gusty winds. There could be isolated pockets of small hail too.

Tonight:  (LEVEL 1) Highest storm threats will be west and north. Storms will weaken as they push towards the AR-OK state line.

Wednesday:  (LEVEL 1/2) As the entire storm system moves east throughout Wednesday, afternoon storms could pop up but they will most likely impact places south and east of our region.

4AM:  Storms approaching Arkansas. Some could arrive as early as 3AM.

6AM:  A line of strong storms will sweep through the majority of the area around 6AM. There may be breaks in the line, causing some places to get less rain and wind.