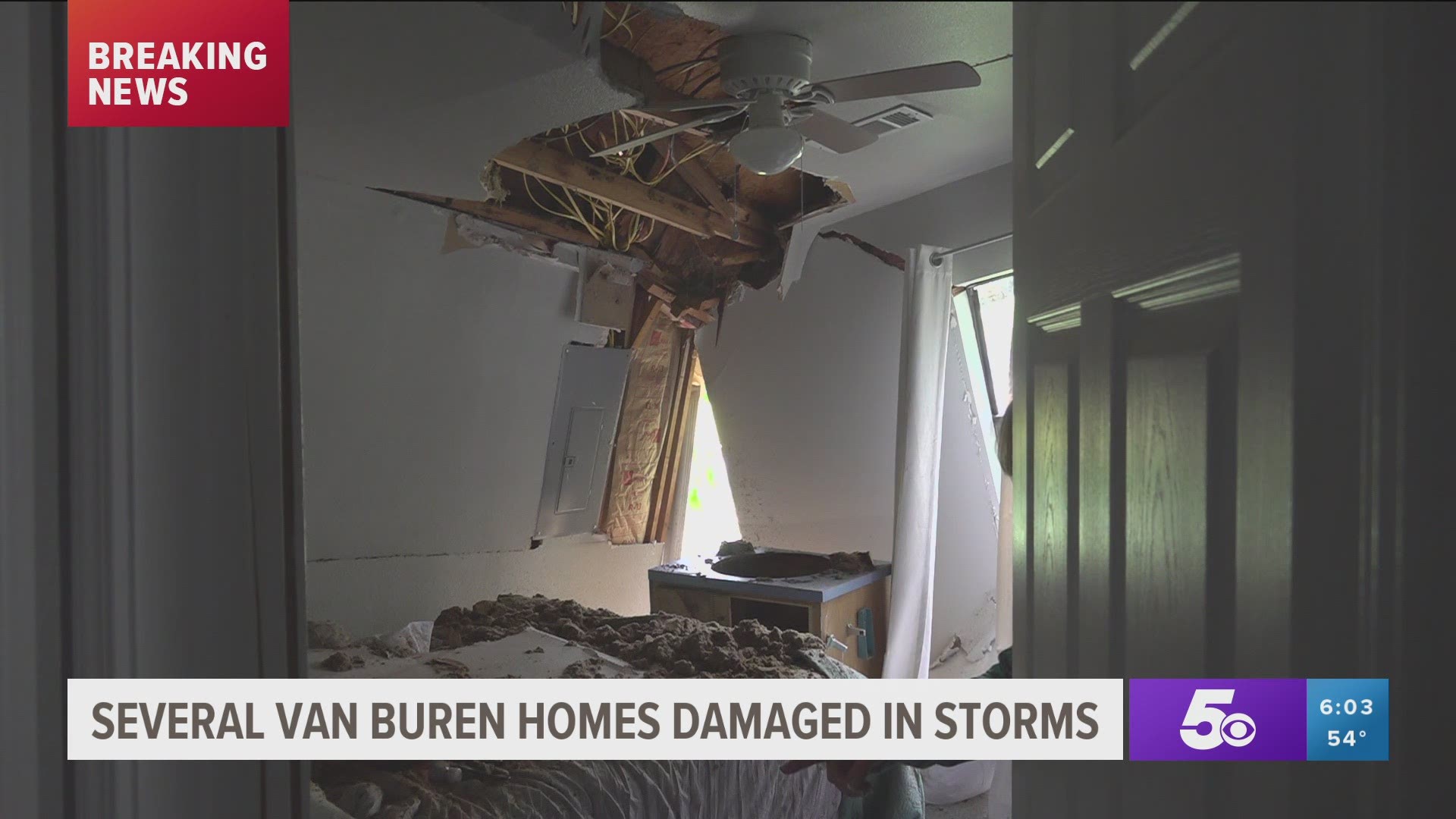 VAN BUREN, Ark. — Residents in Van Buren are now picking up the pieces after several uprooted trees caused damage to homes in the area.

“It’s just sickening to see how bad it is,” said Van Buren resident Edna Burgess after seeing multiple uprooted trees in the area from Monday’s (May 3) EF-1 tornado.

While her home was spared from damages, other homes in the area were not.

Dian Marr is the owner of a home along Spruce and Highway 59. She recently purchased and remodeled a home for her daughter and daughter's friend to live in, but it was nearly destroyed last night as a tree nearly toppled the home crushing one of the bedrooms.

“We are certainly blessed. God was with us that they were not there and that she was not in that bed. It was really scary to see it afterward, but I’m sure it would’ve been much scarier if she had been there and had to live through it inside the house,” said Marr.

Marr says the home will be a total loss once the tree is cut down. The home was purchased in January, and the girls have only settled in the house for around 6 weeks. “They have only been here a few weeks, but enough to call it home. It was beautiful, and they loved it. Then last night’s storm took it away.”

The home was without power for hours as the girls attempt to move their belongings out of the house. Marr says she’s felt overwhelmed seeing the damage to the home and trying to process it all.

“It still feels like a nightmare or a bad dream. But I know it’s real,” said Marr.

Marr says she plans to remove the tree from the top of the home this weekend and is currently working with her insurance to assess the damage and look at the cost.

The Crawford County Emergency Management is asking others who experienced damages to report them via their Facebook page.