Science With Sabrina: Understanding The EF-Scale

The National Weather Service (NWS) continues to survey the recent storm damage. But, have you wondered what their team looks at to determine if it’s a tornado and its rating? Meteorologist Sabrina Bates breaks it down in this week’s Science With Sabrina. 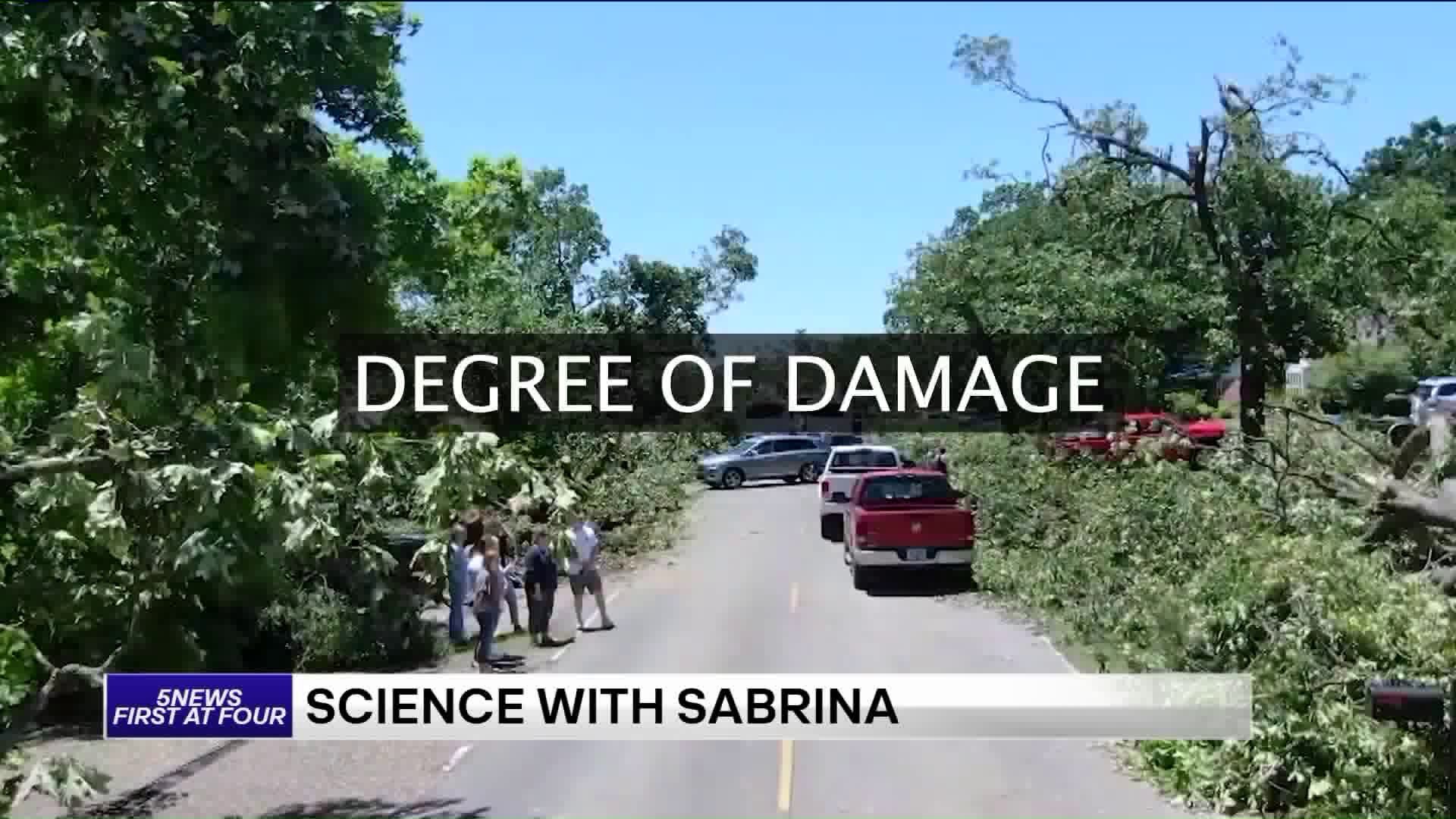 The NWS will head out to damaged areas to survey what caused the destruction. They measure damage caused by a tornado using the Enhanced Fujita scale, or EF-scale for short.

This used to be called the Fujita scale. But, many problems arose when trying to evaluate areas. So, it was converted into the EF-scale. It better correlates wind speed and damage to certain structures.

It's important to remember that the EF-scale is a set of wind estimates based on damage.

Numerous damage indicators are used by the National Weather Service to determine the rating. There are 28 damage indictors. These include residences, commercial structures, schools, professional buildings, metal buildings, poles, and vegetations.

Each damage indicator has degrees of damage. The survey team matches the observed damage to the degree of damage and an estimated wind speed.

When surveying an area, the pattern of damage, not how much, helps to determine if it was a tornado. The appearance looks chaotic, and trees cross over each other showing different wind directions.

A tornado is not confirmed or have a rating until the National Weather Service has surveyed the damage.