In 2020, we add an extra day to the calendar because it's a leap year. Meteorologist Sabrina Bates explains why we tack on that day every four years. 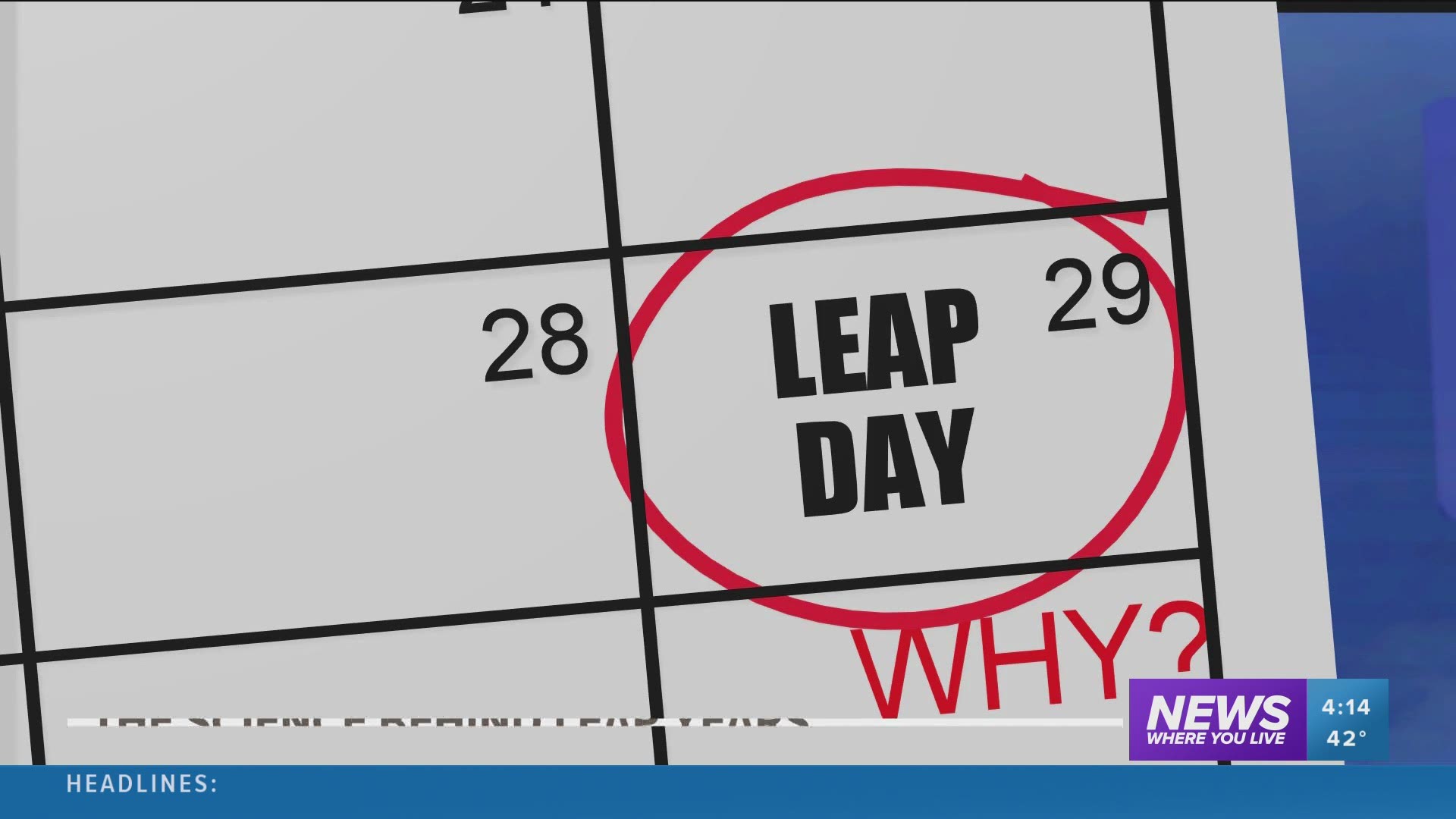 When we flipped our calendars to February at the beginning of the month, we saw 29 days, instead of 28. That's because it's a leap year.

But, why exactly do we have a leap day? Well, I crunched the numbers.

It has to do with how long it takes Earth to make one revolution around the sun. That's defined as one year. Or 365 days. But, to be exact, it's actually 365 days and some change.

So, let's take that number and subtract how many days we normally have on the calendar. That leaves us with about 5.8 extra hours each year. Over time, that would add up. In fact, if we did away with a leap day, we would be 24 days off in 100 years.

One solution is to add one day every four years at the end of February. That brings the yearly average to 365.25 days. That works, right? Well, not exactly.

If we add one day every four years, we're left with nearly 11 minutes too much each year. That means in 100 years, our calendar would be 18 hours off.

Let's look at leap year by using hopscotch. To bring everything back into alignment, we skip a leap year if that year falls on the start of a century.... unless that year is divisible by 400. The last one we didn't skipped was in 2000.

With that rule, the new leap year average would give us about 26 seconds too much each year. At that rate, it would take 3,333 years to be one day off. But at that point, it's someone else's problem.