It’s the holiday season, so you’re probably cooking up a storm. You can even learn a little science when it comes to food. Meteorologist Sabrina Bat...

It’s the holiday season, so you’re probably cooking up a storm. You can even learn a little science when it comes to food. Meteorologist Sabrina Bates uses a Thanksgiving staple for a lesson on buoyancy in this week’s Science With Sabrina. 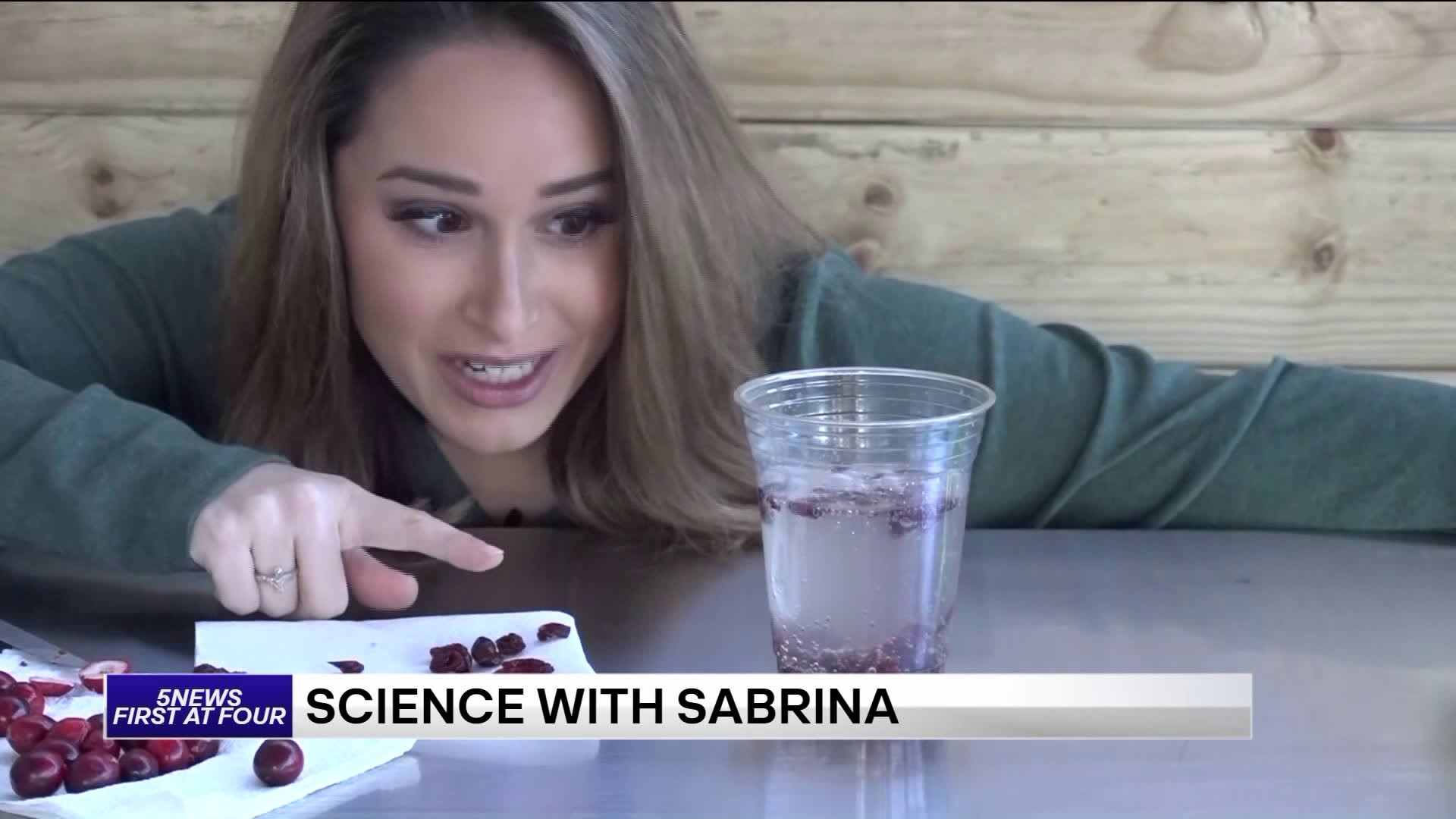 Buoyancy is the ability for an object to either float or sink in a fluid.

We used fresh and dried cranberries, and we placed them in both tap water and a carbonated drink. Let's see what happens.

It's a simple force in physics. But, I can change the buoyancy of the object, all by placing it in the carbonated beverage.

Before, the dried fruit was heavy and sunk to the bottom. When I put the dried cranberries in the carbonated drink, they begin to dance up and down.

That's because the soda has tiny bubbles of carbon dioxide gas in it. When the bubbles attach to the rough surface of the dried cranberry, it rises to the top. This increases the buoyancy. But once it gets to the top, the bubbles pop. This causes the cranberry to lose buoyancy and sink.

This process continues over and over again until most of the carbon dioxide bubbles escape. Overtime, the cranberries will also become too soggy and become too heavy to rise to the surface.

You can change the buoyancy of a few different dried fruits, too. Try it out at home and see if you get a different result.