River Valley preparing for another round of severe storms

Many residents are still trying to cover from a series of tornados that hit nearly a month ago. 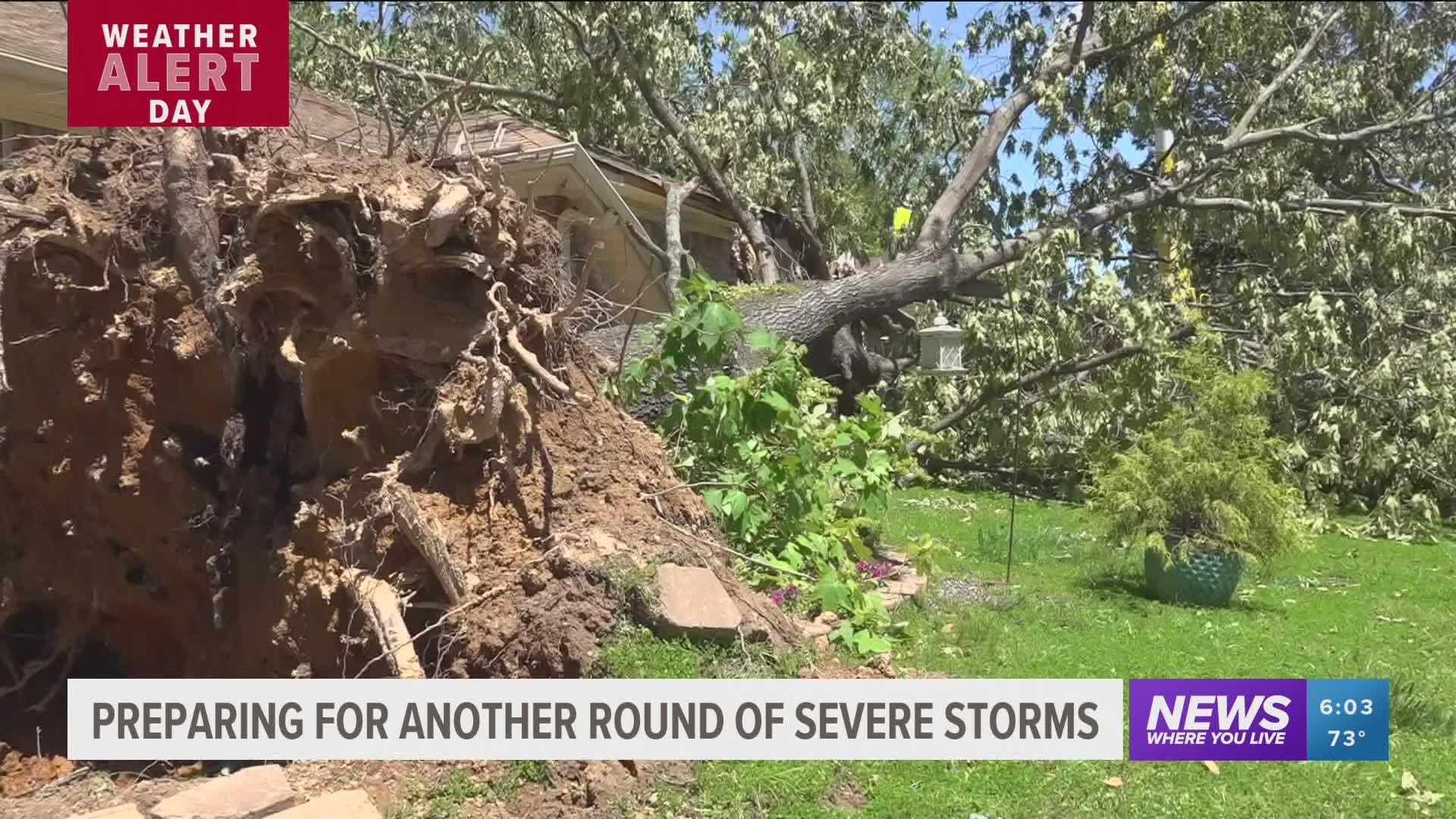 VAN BUREN, Ark. — Crawford County residents are trying to prepare for severe storms to move in while still recovering from tornadoes and storms that hit nearly a month ago, on May 3.

Several homes in Crawford County have tarps covering up parts of the roof and tree limbs and debris scattered across the lawn. Crawford County, along with first responders monitoring conditions so they’ll be ready to step in whenever needed.

“We’re always prepared because we’re used to it now. We have to do it so much,” said Brad Thomas, Director of Crawford County Emergency Management. Saying due to past storms like what we saw on May 3. They’re ready to jump in and help. “Unfortunately, we’ve had plenty of practice with this,” said Thomas.

However, residents are a bit worried about the weather. They’re still living in damaged homes.

The storms damaged van Buren resident Damon Henderson’s Home on May 3. He says, “Just concerned about how strong the weather could be. If it’s real strong, then things get wet in the house again.”

Those storms leaving Henderson without a roof, among other things. “There’s no windows left in one room. No walls, no ceiling, no roof. So, you’re left exposed,” said Henderson.

Comparing the damage to his home to a car wreck. Except, he can’t walk away from it. With more severe storms expected, he’s hoping he’s already seen the worst of it.

"You know the tarp on the roof is not going to be sufficient for hard rain or severe weather. But you’re hoping that it doesn’t come,” said Henderson

Whether the storms do come, the Crawford County Department of Emergency Management wants residents to know that they can take broken tree debris to a burn site in alma as the community continues to clean.  The burn site is located at 7530 Alma Highway. It is open from 8 a.m. to 5 p.m. The site will be closed for Memorial Day, May 31.

While the county prepares for storms today, on Wednesday, FEMA went to the area to assess the damage from recent floods and tornadoes. As of now, they haven’t heard back from FEMA.

RELATED: Inside look at damages to historic Crawford County Courthouse