The River Valley is still recovering from three EF-1 tornadoes that hit on May 3, and as cleanup efforts continue, residents are preparing for more rain. 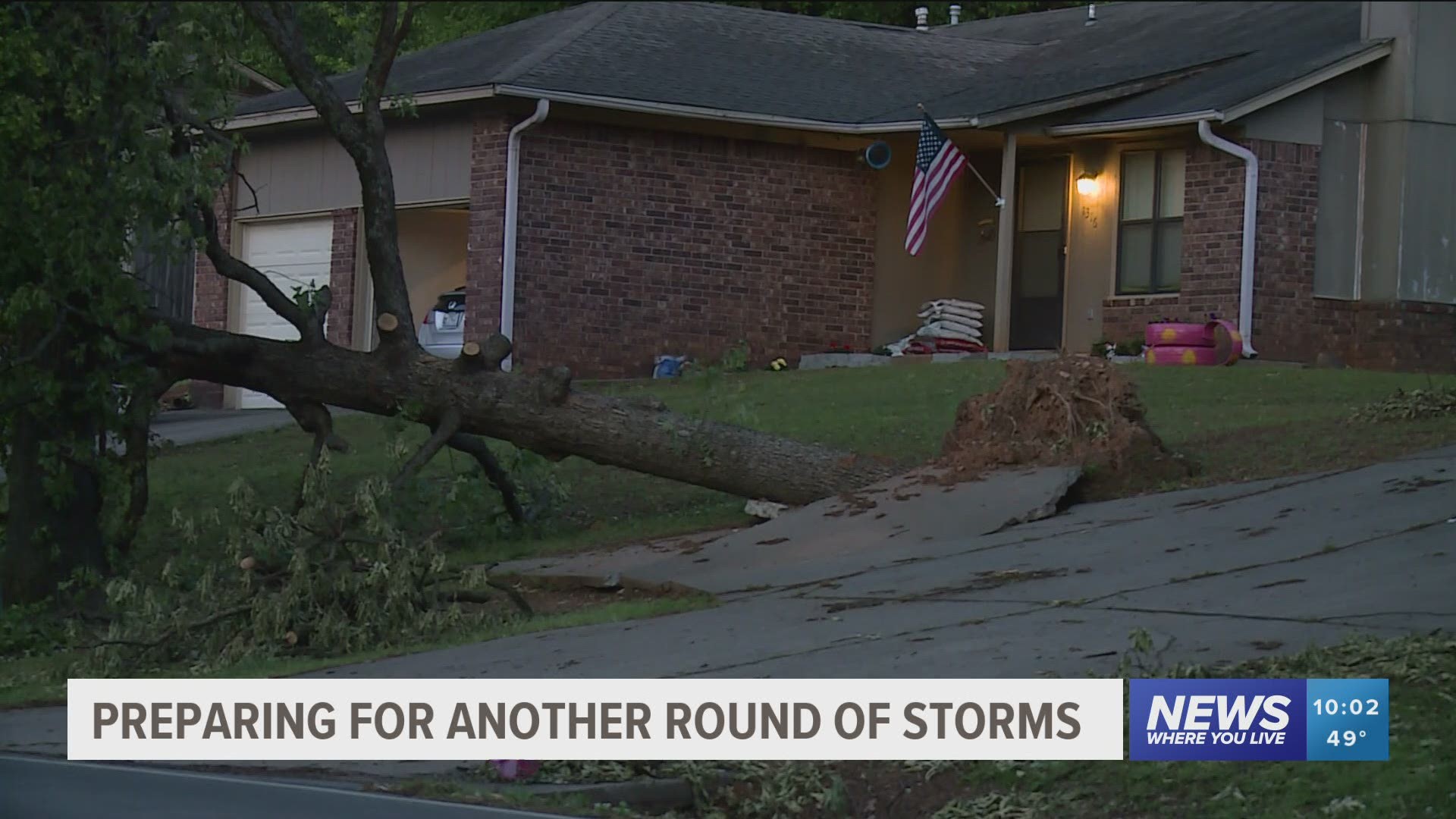 VAN BUREN, Arkansas — The river valley is still recovering from tornadoes earlier this week, and Friday (May 7) they were hit with more severe including pea size hail.

Many are still living in homes like this. Large trees on top of or surrounding their home. And with more storms moving in this weekend, they’re just trying to catch a break.

Walking along north 28th St. in Van Buren, you can see where Monday night's tornadoes struck, leaving a path of uprooted trees landing on homes.

“Not even two minutes later I heard a loud crash,” said Kelsey Llemit.

That crash was a large tree on top of their home.

“I was in shock. I didn’t know what to think,” said Christian Bednar

Nearly five days after the storms have passed, the community is getting ready for more showers heading their way, and some residents are losing hope.

“What’s the worst that can happen? If it keeps happening then what can we do,” said Bednar.

Currently, many of those residents say they are waiting on their landlord to remove the damage and expect that to start happening next week.