Flooding washes out parts of the River Valley

The flooding caused the Arkansas River to crest at 27.5 feet at its peak. 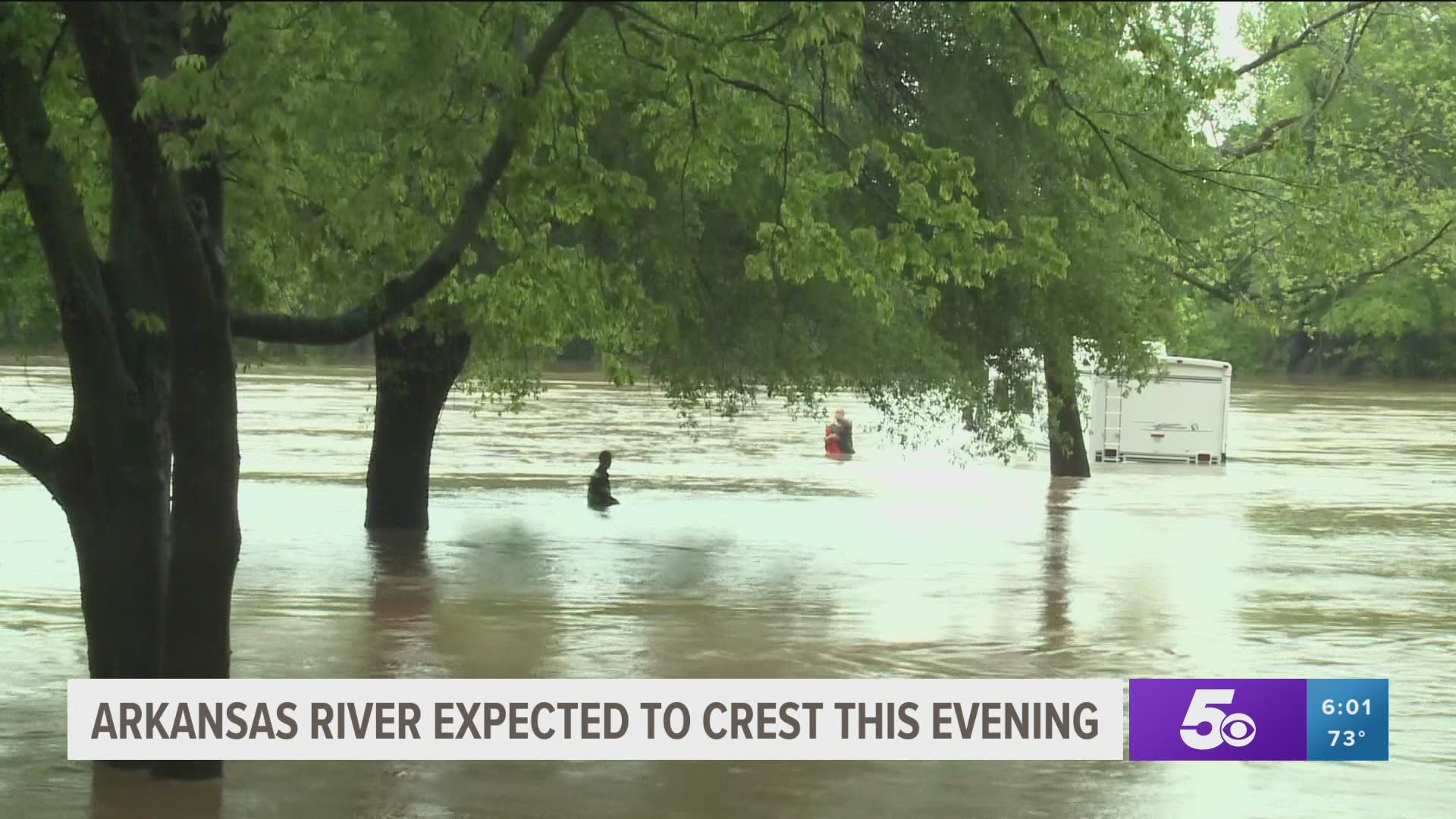 OZARK, Ark. — A round of severe weather that included strong winds and flash flooding Wednesday night into Thursday has washed out several River Valley areas.

Franklin County Emergency Manager Rick Covert submitted pictures to 5NEWS showing a bridge on Watalula Road at the Low Gap Road intersection in Ozark that was destroyed by floodwaters.

Another area impacted was Frog Bayou Creek on Highway 282 in Mountainburg. The water was so high in the creek that it nearly touched the bottom of the historic train bridge over it

Rescue crews waded through floodwater at Twin Bridges near Alma on Highway 64 to help with water rescues.

Crews also rescued a camper at Clear Creek Park Campground in Alma who was inside their camper when flooding submerged the trailer.

The flooding caused the Arkansas River to crest at 27.5 feet at its peak. Over four inches of rain feel is just a few hours. Areas that a prone to flooding will begin to dry out as we head towards the weekend.

The Crawford County Judge has verbally declared a disaster a the county has experienced significant flooding.

The City of Van Buren’s Parks and Facilities Department has all their mowing equipment, trailers, vehicles, and tools at the Field of Dreams, so they spent the day moving all that equipment to higher ground in preparation for flooding.

“It’s just a waiting game. Hopefully, it won’t get in our buildings, but I just can’t take that chance,” Paul Dunn said.

Parks and Facilities Director, Paul Dunn remembers all too well what happened during the historic flooding in 2019.

“We lost two buildings, had to completely tear them down. We are getting smarter, instead of going back with sheetrock, we went back with metal panels now with no insulation, so we shouldn’t have to take anything down off the walls, just spray them and be good to go,” he said.

The Arkansas River is expected to crest at a moderate flood stage and will affect areas like the Field of Dreams and other low-lying areas, but it will not be near as bad as the historic flooding seen in 2019.

Many roads in Crawford County are still closed due to being covered with water, so use caution if you have to get out on the roads tonight.

RELATED: Rain ends this morning but areas of flooding will continue