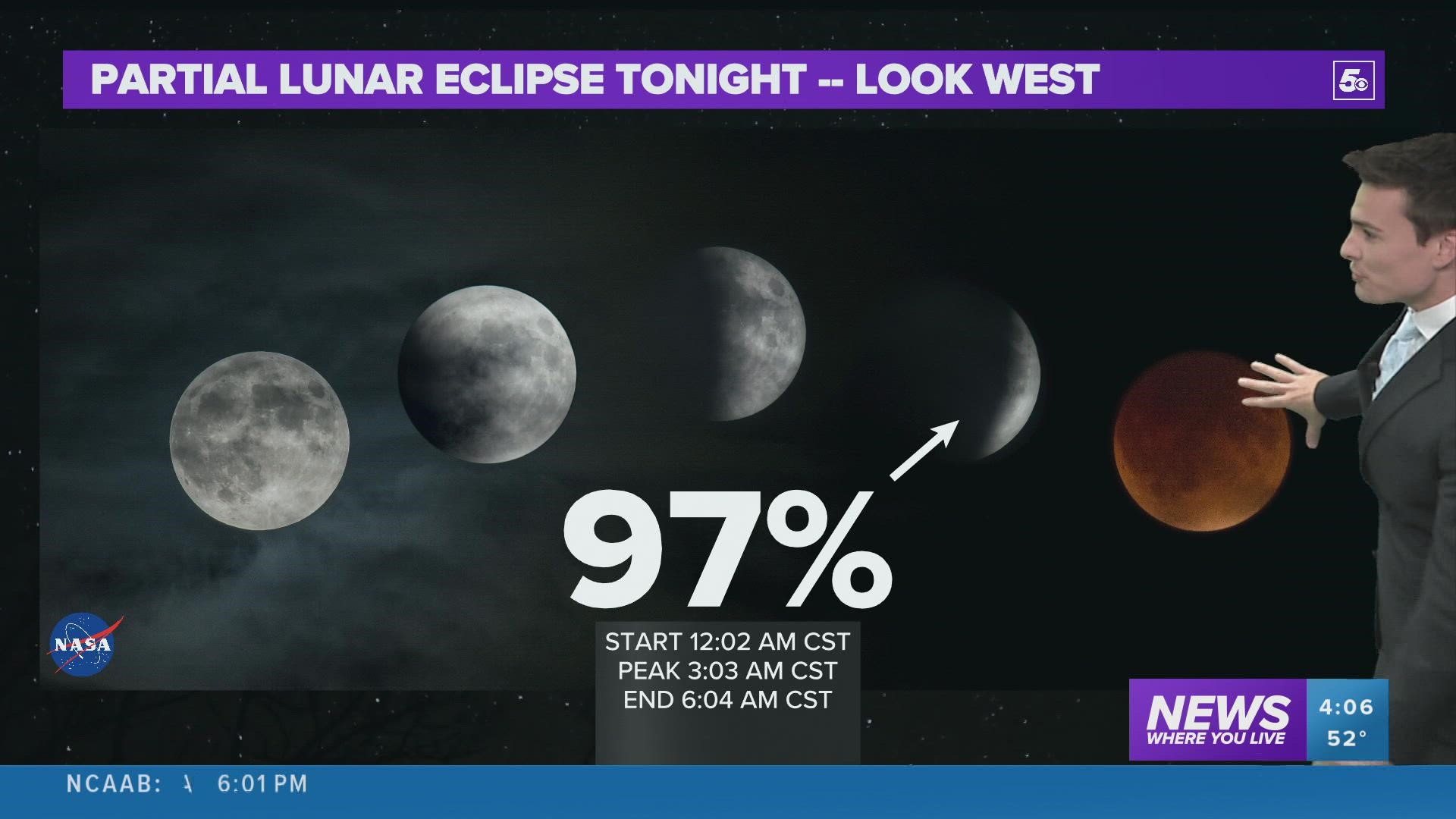 ARKANSAS, USA — Look up Friday morning before sunrise and you will see a partial lunar eclipse. The full Beaver moon will be passing behind Earth's shadow, causing 97% of the moon to disappear before turning the entire moon red/orange.

1:19 AM - Partial eclipse begins (looks like a bite is being taken)

2:45 AM - Moon almost fully darkened and then becomes red

WHY WILL THE MOON TURN RED?

On any given day, during sunrises and sunsets, the sun appears to be more red/orange. Photographers love this "golden hour". Due to the sun's low angle, sunlight has to travel through more of the earth's atmosphere before reaching your eye. Blue light is scattered more easily than red light. Therefore, you mainly just have red light leftover.

During the partial lunar eclipse, the only light casted upon the moon is barely passing around the edge of earth's atmosphere as the moon is in earth's shadow. Only red light can survive this journey. It's almost as if Earth is casting all of its sunrises/sunsets on the moon at this point, making the moon appear red too.

WHERE TO SEE THE PARTIAL LUNAR ECLIPSE

In Arkansas and Oklahoma, viewing conditions should be mostly good as clear skies are expected. You'll see the moon high in the western sky. Some of the best viewing conditions will be in the Ozarks as the West, Rockies, Great Lakes, East Coast, and Gulf Coast are expecting clouds tonight.

NASA created this visualization of what the eclipse would look like from the moon's perspective. Essentially it would seem as if the sun is being eclipsed by the sun. The red/orange hue around Earth would be cast onto the moon, giving it the red color that we see back here at home.

Send your photos by emailing us! news@kfsm.com

RELATED: Why is NASA now delaying the moon landing past 2024?

RELATED: No, the U.S. Senate isn’t trying to give Blue Origin a 'bailout' 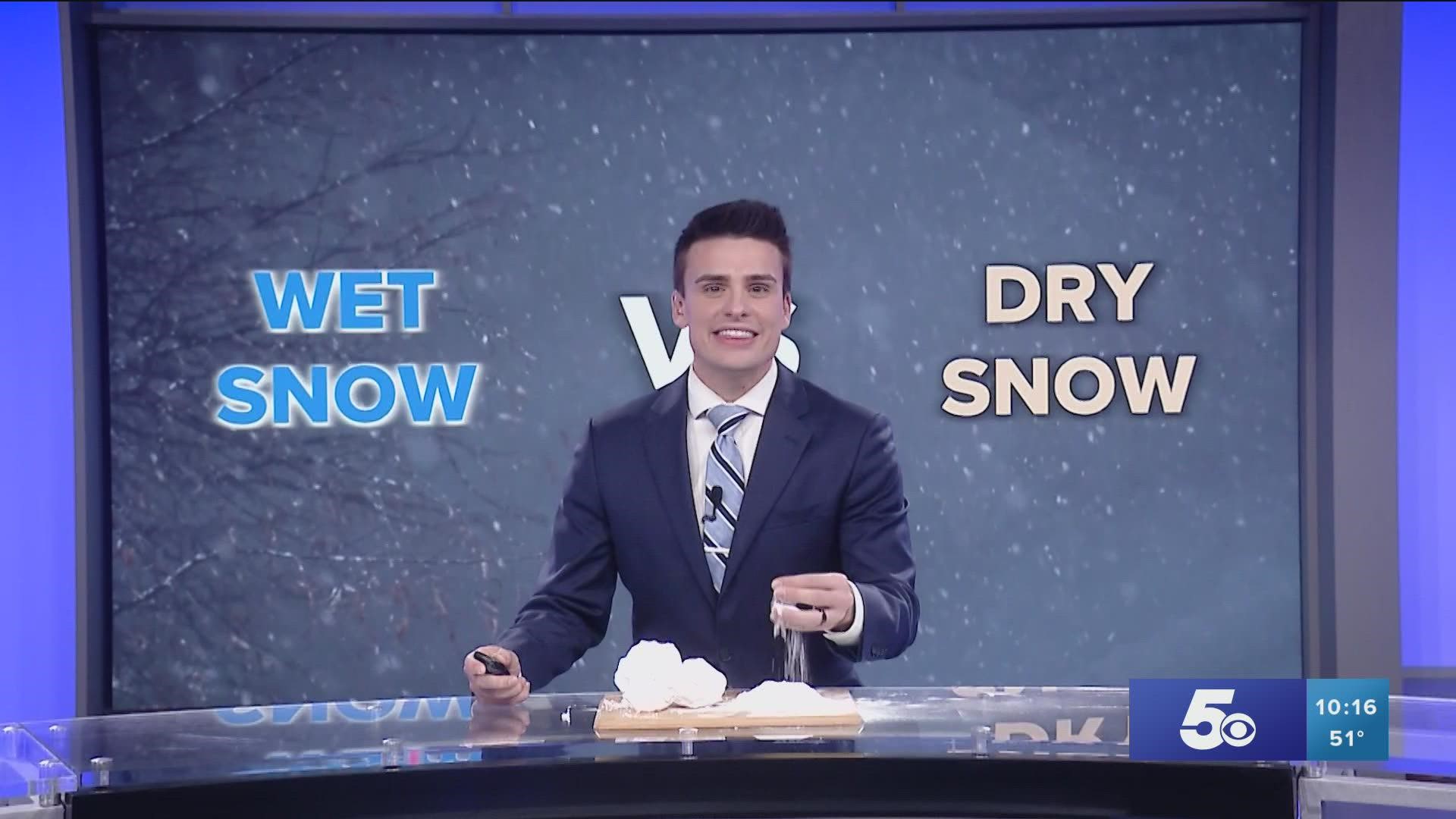